New Delhi: Actor Akshay Kumar turns 55 today (September 9). The actor made his Bollywood debut with Saugandh and has been reigning in the Hindi film industry since then. The actor is known for the dedication and discipline he brings to the set. On the occasion of his birthday, his co-stars and friends from the film industry took to social media to extend their best wishes.

Kareena Kapoor took to Instagram stories and posted a sweet message for the actor. She wrote, “Happy Birthday Akshay…you are and always will be my most favourite co-star (Cause I get to pack up at 3 p.m. ) Love you tons…have a fantastic one.” 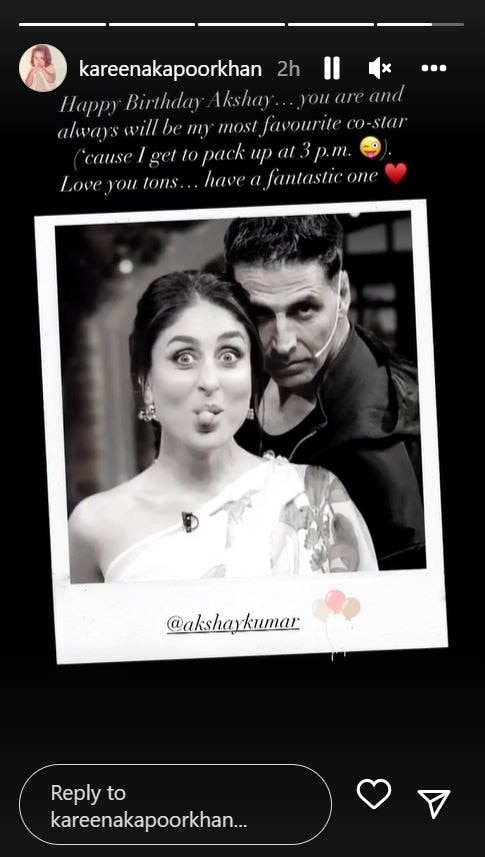 Ajay Devgn also wished his co-star of many movies on Instagram with a photo of the two. Rakulpreet who worked on Cuttputli with Akshay also wished him and wrote, “Happy Birthday Akshay Sir! May you have the most wonderful year. A year filled with happiness, fitness, blockbusters, ad joy!” Khiladi Kumar has given many box office hits but his last three films ‘Bachchhan Paandey’, ‘Samrat Prithviraj’ and ‘Raksha Bandhan’ did not make it big at the box office. The actor feels that he has to make some changes as his films are not working.