Three rooms inside the basement belonged to the Muslim side and they were unlocked for the purpose of the survey as the mosque management authorities cooperated with the survey team.

The court-mandated videographic survey of the two basements inside the Gyanvapi Mosque complex concluded today after it had resumed on Saturday morning amid tight security.

Three rooms inside the basement belonged to the Muslim side and they were unlocked for the purpose of the survey as the mosque management authorities cooperated with the survey team. Another room, which belonged to the Hindu side, had no door.

“The authorised persons — all parties, their advocates, court commissioners and videographers — have reached the spot, and the survey has started,” District Magistrate of Varanasi Kaushal Raj Sharma told news agency PTI.

A local court in Varanasi on Friday ordered the videographic survey to continue inside the Gyanvapi Mosque, which lies next to the Kashi Vishwanath temple. The survey was stopped last week by a few men inside the mosque after the authorities there alleged that the court-appointed advocate commission Ajay Kumar Mishra was biased towards the Hindu petitioners. The inspection was ordered by the local court upon hearing a year-long petition of five women asking permission to open up the mosque premises to worship Hindu deities behind the mosque. They also sought access to “visible and invisible deities within the old temple complex”.

The local court had also turned down the mosque committee’s plea of replacing Mishra. Instead, Civil Judge (Senior Division) Ravi Kumar Diwakar ordered two more advocates to assist Mishra and directed the officials to complete the survey by Tuesday. The judge had further instructed to register an FIR “if anyone creates any hindrance.” Soon after the local court’s order, District Magistrate Kaushal Raj Sharma said that the exercise will be undertaken as he called upon all the stakeholders to maintain peace and order. “As for the appeal before the Supreme Court, it is up to the court-appointed commissioners. We are starting the process tomorrow,” he had said.

On Friday, the Supreme Court refused to grant any order on the status quo of the survey while it listed the matter for urgent hearing. 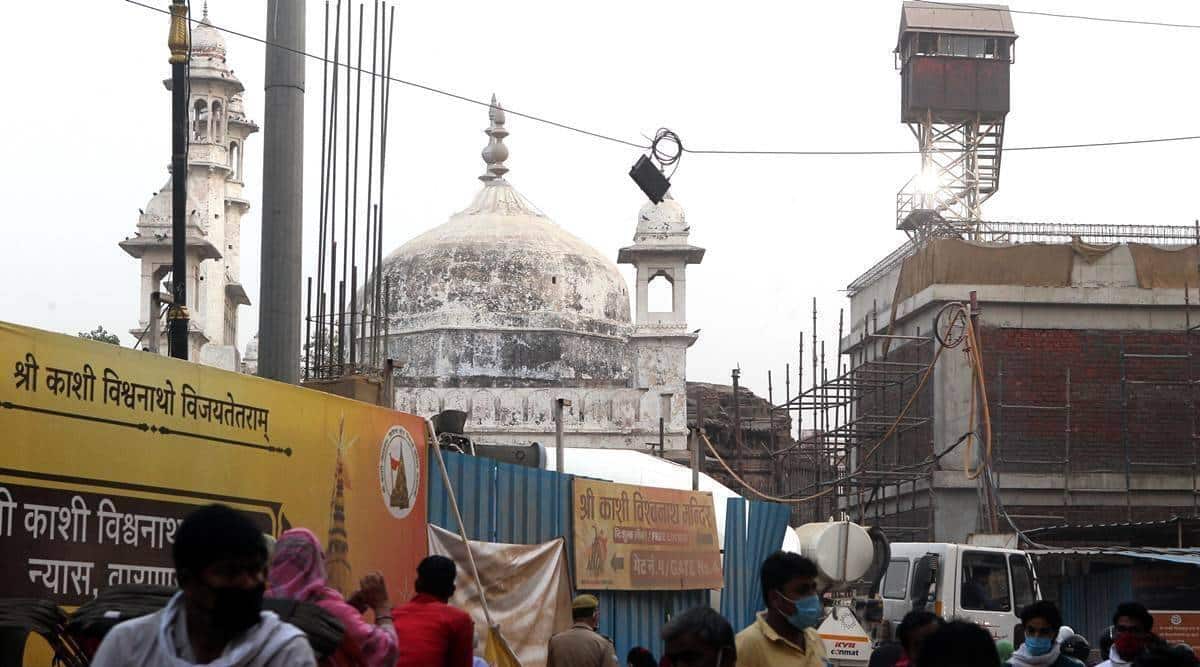