In an exclusive interaction, Dr Vivek Lall, Chief Executive for the General Atomics Global Corporation, shares an update about the 30 drones for the Indian armed forces as well as the company’s global projects with Huma Siddiqui.

India is getting ready to firm up a deal with the US based General Atomics for 30 armed Sky Guardian aircraft. Financial Express Online has reported earlier that the Indian Navy leased two drones from the company. These SeaGuardian drones have been deployed for land and maritime operations following clashes between the armies of India and China in 2020.

The talks for the drones from the US based company were made public during Prime Minister Narendra Modi’s visit to the US in 2017. These drones which the Indian armed forces are seeking are going to come in different configuration

These drones are going to help the Indian Navy (which is the lead service in this expected deal) keep a close watch on any movement in the Indian Ocean.

Besides India, another QUAD member country – Japan has signed a contract with MQ-9B SeaGuardian aircraft.

In an exclusive interaction, Dr Vivek Lall, Chief Executive for the General Atomics Global Corporation, shares an update about the 30 drones for the Indian armed forces as well as the company’s global projects with Huma Siddiqui.

India is in advanced stages of negotiations with the United States on armed SkyGuardian aircraft and has deployed two of your aircraft for various maritime and over land operations. What are the immediate capability enhancements for all three services?

We look forward to the fruitful outcome of conversations between both governments. In the meantime, we proudly continue to support the mission of the Indian government and stand ready to support future evolutions. However, regarding any particular capabilities, we recommend you contact the respective services.

How will General Atomics Aeronautical Systems, Inc. (GA-ASI) address the maintenance needs of the 30 aircraft fleet in India?

General Atomics is looking at all options to best align and support the needs of the future Indian fleet. The nuances of maintenance and support are contingent on the issuance of the final Acceptance of Necessity (AON) and Letter of Offer and Acceptance (LOA), a process championed by both the US and Indian governments. As these two milestones progress, GA-ASI will work closely with all stakeholders to ensure the development and implementation of a maintenance strategy that ensures the long-term success of the program.

Can you please elaborate on the recent Japan contract for MQ-9B SeaGuardian aircraft?

We’ve been working with Japan for several years. Through a series of demonstrations that we conducted jointly with the Japan Coast Guard (JCG), the JCG was able to get a clear picture of why our aircraft are so beneficial. The JCG will use SeaGuardian to conduct wide-area maritime surveillance to support missions such as search and rescue, disaster response, and maritime law enforcement. We know that our system’s ability to provide affordable, extremely long-endurance airborne surveillance with long-range sensors in the maritime domain is unrivaled.

GA-ASI recently announced you are working with two Belgian companies in a Blue Magic program. Can you please elaborate the contours of this program?

GA-ASI has been working with Belgian businesses for a number of years now. In 2019, GA introduced a new event called “Blue Magic Belgium.” BMB gave us a way to establish a regular dialogue with Belgian aerospace and tech suppliers. BMB enables us to connect and explore ways we can work together. We’ve now held three BMB events and we’ve established relationships with multiple Belgian businesses that are supporting the development and growth of future technologies within our remotely piloted aircraft ecosystem. These initiatives are not just for the aircraft that will be delivered to the Belgian Ministry of Defence, but potentially across multiple technology sectors to include aircraft and other services we’re delivering to our global customers.

There have been recent announcements on Mojave, Sparrowhawk and Gambit. Please elaborate about these products.

At the end of last year, we introduced a new capability called short takeoff and landing (STOL) as part of our new Mojave line of UAS. STOL enables forward-basing operations without the need for typical airport runways or infrastructure while still providing world-class endurance and payload capacity. Our STOL UAS can land and takeoff from short, unimproved surfaces, such as dirt roads and dry riverbeds, while retaining the significant advantages in endurance and persistence that GA-ASI aircraft are known for. These innovations make Mojave the perfect UAS to perform armed overwatch, attack, and armed reconnaissance missions. In addition, STOL capability unlocks future options for large-deck amphibious ships, unlocking naval missions or sea-based support for special operations forces. We also announced a STOL package for the MQ-9B.

Earlier this year, we announced Gambit, an Autonomous Collaborative Platform (ACP) designed through digital engineering to speed its time to market and reduce acquisition costs, and it will deliver an extended and enhanced sensing capability. The jet-powered UAS platform is being built for air dominance and will heavily leverage advances in artificial intelligence and autonomous systems to be the future of manned-unmanned teaming. Working alongside human-crewed aircraft, Gambit will enable fighter pilots to see deeper into hostile airspace, detect threats first, and provide time and space for critical decisions and actions.

We are also working on Sparrowhawk and other types of Small UAS, designed to be launched and recovered by larger UAS such as the MQ-9B SkyGuardian. Sparrowhawk and its siblings will extend networking to greater distances, and in some cases may even carry kinetic weapons capable of attack and defense. Their smaller size and reduced cost make them advantageous options for many high-threat missions. 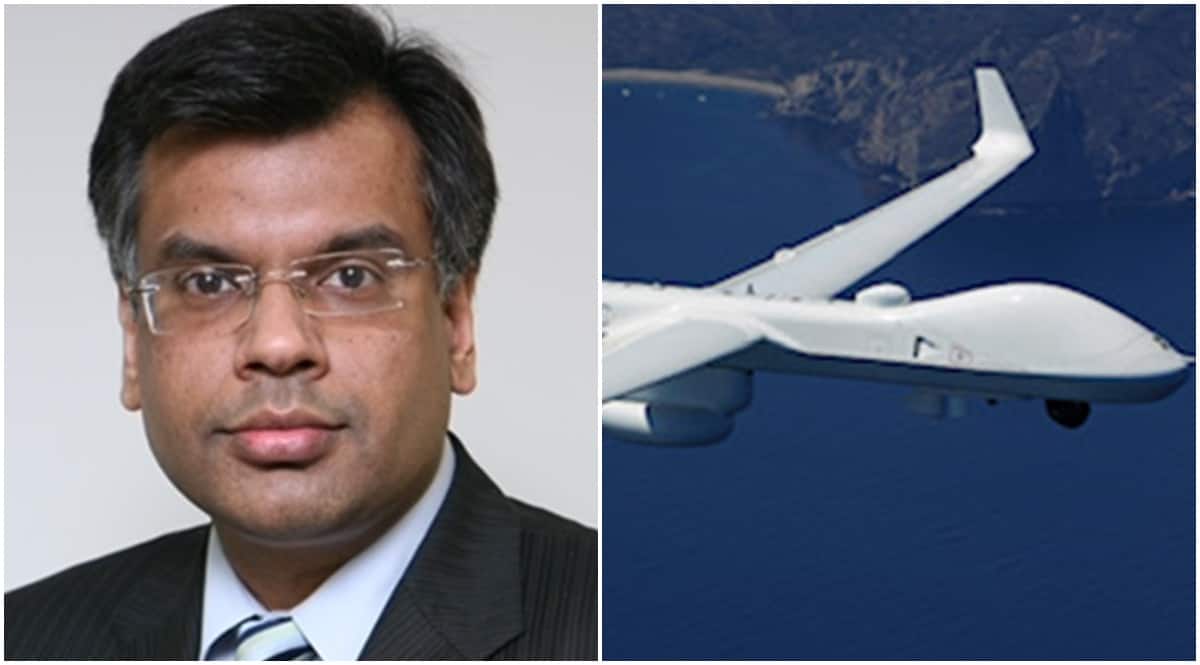