Relief for Umar Khalid, Sharjeel Imam and others? Here’s what’s next as Supreme Court puts sedition law on hold

Contrary to the initial euphoria triggered by the Supreme Court’s landmark order, staying all cases and provisions under the colonial-era sedition law, there is unlikely to be any immediate reprieve for those lodged in jail on charges of sedition, among others.

Despite a historic order by the Supreme Court that put the contentious sedition law on hold on Wednesday, any respite appears unlikely for the likes of Umar Khalid, Sharjeel Imam, the ones arrested in the Elgar Parishad case, Congress leader Ajay Rai, and several others who have been arrested under the sedition charge. The primary reason is that they have also been booked under various sections of the Indian Penal Code, some of which are cognizable offences.

The top court, while staying arrests, new cases and proceedings under IPC Section 124A until the Centre finishes reviewing the law, held that all those who were already booked under the sedition law can approach concerned courts for their release on bail.

Speaking to Financial Express Online, retired Delhi High Court judge Justice Manmohan Singh pointed out that a person imprisoned under Section 124A of the IPC will get an immediate bail if they approach the respective High Court, adding that the high courts may then either quash the FIR or more likely, put a stay on their arrest until the central government finishes reviewing the law or a final order on this matter is passed by the Supreme Court.

However, if there are other cognizable and non-bailable cases filed against the concerned party along with the sedition law, the courts will decide on the other provisions of the IPC based on their merits in the due course of time. This can mean that an immediate release on bail might be easier said than done. In many cases, along with sedition, many have been charged with the draconian anti-terror law, Unlawful Activities (Prevention) Act (UAPA). Justice Singh said that in such cases, UAPA might take precedence over sedition. “As it is, UAPA contains many aspects of the sedition law with far-reaching consequences,” said Justice Singh

“No FIR can be registered under the sedition law from today onwards. If any state doesn’t care for the SC order and still goes ahead and files the FIR against a person, the liberty is also given, by order, to approach the appropriate High Court immediately and subsequently, a stay order will be put on their arrest. It is only a formality for the court,” said Justice Singh.

“The court can’t say that we will proceed with the matter or proceed with the trial. The order is very clear — it is a direction by top court to the government to not file any fresh FIRs under this law for the time being until the re-examination process is completed by the Centre or a final order on this matter is passed by the Supreme Court,” added Justice Singh.

Justice Singh said that according to the interim order, the impact of Section 124A will go, while hitting out at all governments for misusing the sedition law over the years. “For example, with respect to Umar Khalid, the court will decide his fate based on the other cases filed against him. Apart from the sedition law, he is also booked under UAPA. So, that will be taken into consideration,” added the former Delhi High Court judge.

Former JNU student Umar Khalid is facing sedition and UAPA charges. Back in 2020, another former JNU student Sharjeel Imam was slapped with UAPA for allegedly giving inflammatory speeches at Delhi’s Jamia area and Aligarh Muslim university in UP. He was subsequently charged with sedition by a Delhi Court.

Back in February, Congress leader in Uttar Pradesh Ajay Rai was booked for sedition for allegedly making a hate speech against Prime Minister Narendra Modi and Chief Minister Yogi Adityanath in Varnasi. He was also charged under 269 (unlawfully or negligently spreading infection of any disease dangerous to life), 153 (wantonly giving provocation with intent to cause riot), 153A (promoting enmity between groups on ground of religion, class etc) and 188 (disobedience to order duly promulgated by public servant).

The colonial-era sedition law is a non bailable offence which can attract anywhere between three years to life in prison. 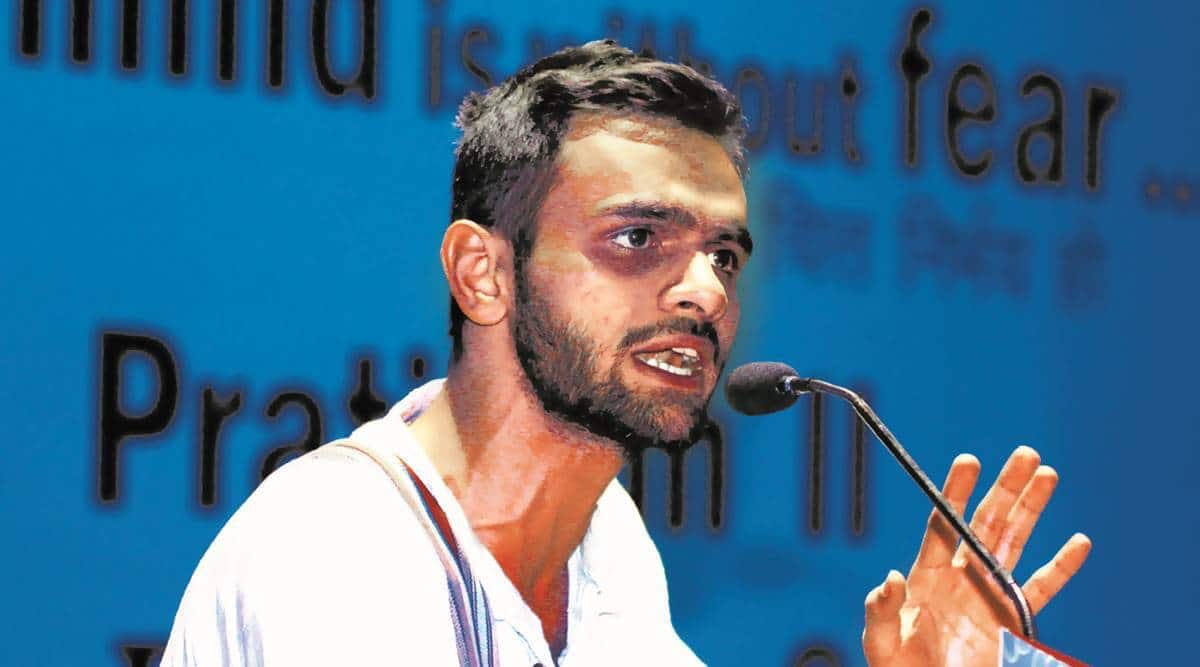