Apart from DAP, the closed units also make ammonium phosphate sulphate and NPK, among others, as per market requirement.

State-run fertiliser major Gujarat State Fertilizers and Chemicals (GSFC) has been forced to shut its three diammonium phosphate (DAP) units situated at its Sikka complex near Jamnagar, due to increased prices of raw materials — phosphoric acid and ammonia.

Top sources in the Gujarat government-owned listed company confirmed that the units at Sikka, situated in the proximity of Reliance Industries’ (RIL) refinery complex, have been closed for the past two-three months. According to a company source, prices of both the important raw materials have shot up by 25-40% in a span of six months. Production of DAP is not viable considering the increased prices of these two vital inputs, he added.

The cumulative installed capacity of these three plants is 1 million tonne per annum. Ideally located in the proximity of Sikka Port, GSFC’s Sikka complex is spread over 780 acres of land at Moti Khavdi village. The units were originally designed for DAP but have the flexibility to produce other products, in tune with market requirements. Apart from DAP, the closed units also make ammonium phosphate sulphate and NPK, among others, as per market requirement.

One of the directors on GSFC’s board claimed that with the kharif sowing season beginning in different parts of the country, GSFC would make all these plants operational again soon. He said that last year, GSFC supplied 80,000 tonne of DAP in Gujarat. “We will ensure to provide at least the same amount of DAP this season also, although the cost of acid has gone up from $1,330 per tonne to $1,530, while ammonia is up from $900 to $1,140. During the year 2021-22, gross sales of fertilisers were at 463,000 tonne that includes over 100,000 tonne of DAP. The previous year it was 567,000 tonne. In the case of DAP, it was around 160,000 tonne,” he said.

At the Sikka complex, GSFC produces DAP from merchant-grade phosphoric acid and ammonia. The company imports phosphoric acid from countries like Morocco, Tunisia and South Africa. In the case of ammonia, GSFC is relying on imports from Bahrain, Qatar and Saudi Arabia. These raw materials arrive at Sikka Port, from where it is transported by a pipeline to GSFC units.

Originally, GSFC was founded as a fertiliser company with an objective of providing agriculture boost to farmers. Later, as part of a structured diversification strategy, the company ventured into industrial chemicals also. At present, GSFC also manufactures plastic, nylons, fibres, industrial gases and varied chemicals including urea, ammonia, ammonium sulphate, sulfuric acid, phosphoric acid and DAP, caprolactam, melamine and methanol, among others, at its complex in Vadodara. Its market capitalisation is over Rs 6,600 crore currently. 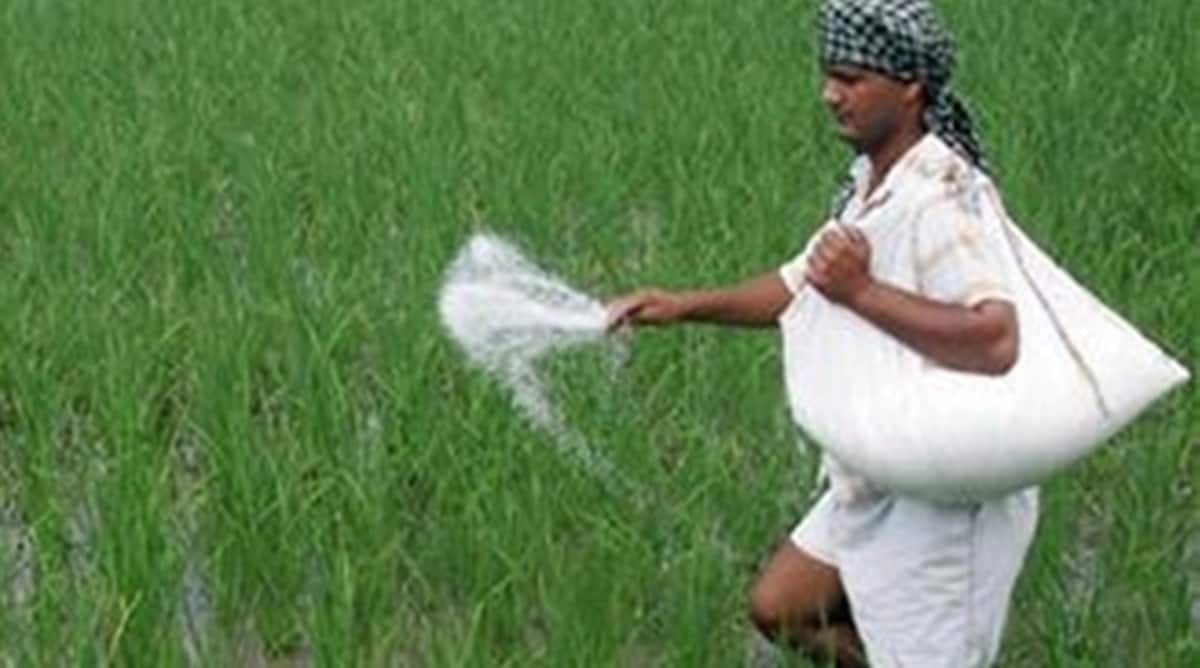