There is a view that the vendors are not very keen to honour their offset obligations and purposely delay execution of the offset contracts on one pretext or the other in the hope that, ultimately, they will be able to get away with it by paying some nominal penalty.

The Ministry of Defence (MoD) seems to be unable to figure out what has gone wrong with the offset policy introduced with much fanfare in 2005 and how to fix the problems it has engendered since then.

At the last count, MoD had signed 57 offset contracts with several foreign vendors, involving an estimated offset obligation of USD 13.52 billion to be discharged by them from 2008 to 2033. According to a March 2012 report of the Standing Committee on Defence, these vendors had submitted offset claims worth S 4.59 billion till January 2022, which was USD 2.21 billion less than the value of claims due to be submitted by them.

In April, Minister of State for Defence Ajay Bhatt informed Rajya Sabha that in the last five years till December 2021, vendors had defaulted on their offset obligation in 21 contracts resulting in the value of the unperformed offsets going up to USD 2.24 billion. In 16 of these contracts, he added, a penalty amounting USD 43.14 million had been imposed.

To add to this grim picture, out of USD 4.59 billion worth of claims received by MoD, it was able to ‘dispose of’ claims -implying acceptance of offset credit to be given to the vendor after audit-worth USD 3.37 billion only. The rest of the claims were still being audited by the Defence Accounts Department or awaiting response to the audit observations from the vendors.

This reflects poorly on the offset policy which has been reviewed, revised, improved, and simplified at least six times since 2015, evidently without producing the desired results. For one thing, there has hardly been any transfer of technology, and for another, most of the offset business has been garnered by a handful of Indian companies, though the downstream companies have also indirectly benefited.

In the circumstances, MoD has been doing what it does the best: blaming the vendors for the poor performance.

There is a view that the vendors are not very keen to honour their offset obligations and purposely delay execution of the offset contracts on one pretext or the other in the hope that, ultimately, they will be able to get away with it by paying some nominal penalty.

In September 2020, Comptroller and Auditor General (C&AG) of India submitted a performance audit report on management of defence offsets, which had this to say: “Audit found that in many cases vendors make offset commitments in order to get the main contract. But later they were not earnest about fulfilling these commitments and raised new issues which delayed offset implementation.”

The report goes on to detail four instances of dilly-dallying by the vendors. However, the inference drawn in each one of these is debatable, as the underlying assumption in all of them is that the vendors faced no genuine difficulties in discharging the contractual obligations and that MoD’s intransigence played no part in it.

It is unthinkable that the foreign vendors -most of them reputed defence companies which operate worldwide- would purposely default on contractual obligations, be happy to have their reputation sullied and be penalised, and not mind facing the prospect of being blacklisted.

Such prejudicial views are not conducive to building mutual trust and understanding between the vendors and MoD which is essential for smooth execution of the offset contracts, or any other contract for that matter.

In theory, vendors have the freedom to choose the avenues for discharging the offset obligations, select Indian Offset Partners (IOPs) and change them midway, fix and rephrase the offset implementation schedule, etc. But, in practice, this freedom is not unfettered as the vendors require MoD’s approval at every stage starting with the submission of the offset proposal. Lack of mutual trust lies at the heart of these excessive controls.

Considering that the offset guidelines clearly state which Indian companies qualify as IOPs, which avenues are available to the vendors to discharge their offset obligation, which products qualify for offset credits, etc., there is no need for this excessive control which impacts smooth execution of the offset contracts. Some of these controls, especially those related to changing the IOPs, avenues for discharging offsets, and the yearly schedule for execution of the contract, need to be done away with.

An objective analysis of the offset contracts, especially the circumstances in which so many vendors have defaulted on the contractual obligations may throw up other ideas for preventing defaults in future. That said, there is a strong case for considering revocation of the offset policy.

Earlier, all foreign contracts exceeding Rs 300 crore entailed offset obligation. This threshold was raised to Rs 2,000 crore in 2016, which reduced the number of contracts entailing offset obligation. This number would come down further with all ab initio single source procurements from abroad now being exempted from offsets and the growing emphasis on procurement only from the Indian sources.

Meanwhile, the problems faced, or likely to be faced, by the vendors in implementing the ongoing contracts need special attention. Rather than focussing on imposition of penalties for default, which is counterproductive, MoD should either resolve the problems that are holding up execution of the contract or take some ad hoc steps to bring a closure to these troubled contracts. The need for an honourable exit policy has acquired urgency as some vendors are believed to have thrown up their hands and announced that they are not able to execute the contract.

Some analysts have suggested setting up of a problem-cum-dispute resolution mechanism to offer a way out to the vendors who are facing difficulties in discharging the offset obligation. Conceptually, this is a good idea, but it is difficult to visualise how such a mechanism helps, especially in view of the understandable disinclination of the bureaucracy to give any concession, or show any accommodation, to the vendors which could later be questioned by the vigilance and audit agencies.

(The author is Former Financial Advisor (Acquisition), Ministry of Defence. Views expressed are personal and do not reflect the official position or policy of Financial Express Online. Reproducing this content without permission is prohibited). 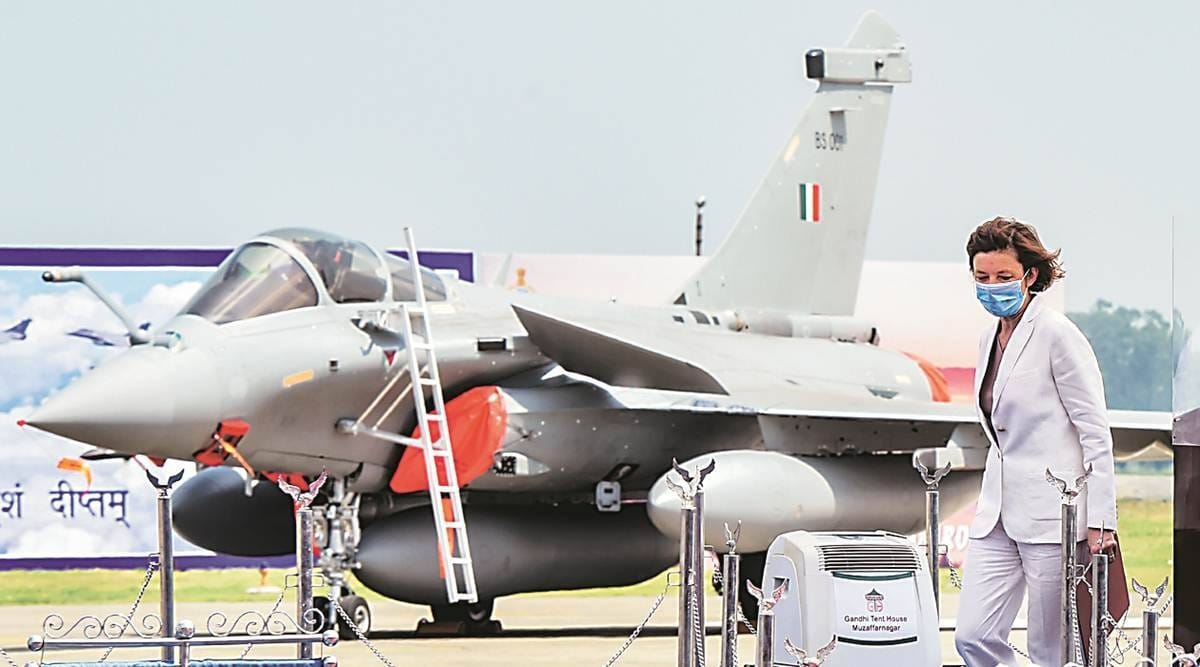