Stock market live updates: The key benchmark indices recouped most of their early morning losses led by renewed buying interest in select IT and financial shares.

The BSE Sensex, which dipped below the 54,000-mark, was down 200-odd points to 54,600. The NSE Nifty was down around 100 odd points. The broader markets were seen trading with deeper losses. The BSE Midcap and Smallcap indices were down around 1.5 per cent each as against a 0.7 per cent loss on the BSE benchmark index.

Among other stocks, Future Enterprises gained 3 per cent after the company said it planned to raise around Rs 3,000 crore from selling its stake in the insurance business to pare debt, which may save the company from facing the rigour of the insolvency process, according to industry sources. READ HERE

Meanwhile, in the currency market, rupee crossed the 77/$ mark for the first time ever, hitting a record low of 77.5 against USD.

As of 1:00 PM, the LIC IPO, that closes for subscrption today, was subscribed 2.16 times. Categories reserved for policyholdera and employees were subscribed over 5.5 times and 4.1 times, respectively. The retail invetsor portion was subscribed 1.8 times. 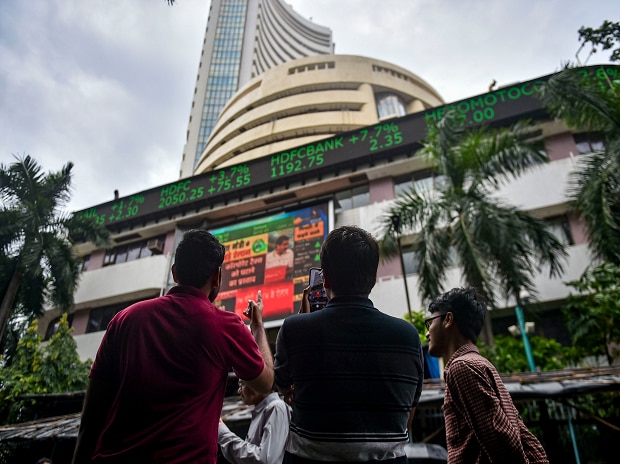