The cyclone is also likely to cause thunderstorms, lightning, and light rain in Jharkhand, Bihar, West Bengal, and Sikkim till Thursday.

Asani will intensify into a ‘severe cyclone’ by Monday, the India Meteorological Department has warned. The cyclone, which has developed over southeast regions of the Bay of Bengal, will reach close to the Odisha-Andhra Pradesh coastline by Tuesday, according to its projected movement track released by the weather bureau. The storm, however, is unlikely to make landfall and could skirt the coastal districts of Odisha and Andhra Pradesh over the next two days.

If realised, the cyclone would be similar to Cyclone Jawad, which developed in the Bay of Bengal before swerving past Odisha, closed to its southern border, last December. Cyclone Asani intensified rapidly while at sea over the past couple of days.

According to the Met department’s latest update, Asani moved west-northwestwards with a layover at west-central and adjoining south Bay of Bengal. The cyclone is expected to move northwestwards till Tuesday and reach west-central and adjoining northwest Bay of Bengal off the coasts of north Andhra Pradesh and Odisha. The weather agency has predicted the cyclone to weaken into a cyclonic storm in the next 48 hours.

The weather agency said very high sea conditions were likely over westcentral and adjoining south Bay of Bengal and advised fishermen against venturing out to the region over the next couple of days.

Under the cyclone’s influence, coastal Odisha and north coastal Andhra Pradesh are likely to receive light to moderate rainfall from Tuesday evening.

Odisha has been put on high alert ahead of a forecast for heavy rain on Tuesday and Wednesday. The cyclone is also likely to cause thunderstorms, lightning, and light rain in Jharkhand, Bihar, West Bengal, and Sikkim till Thursday. 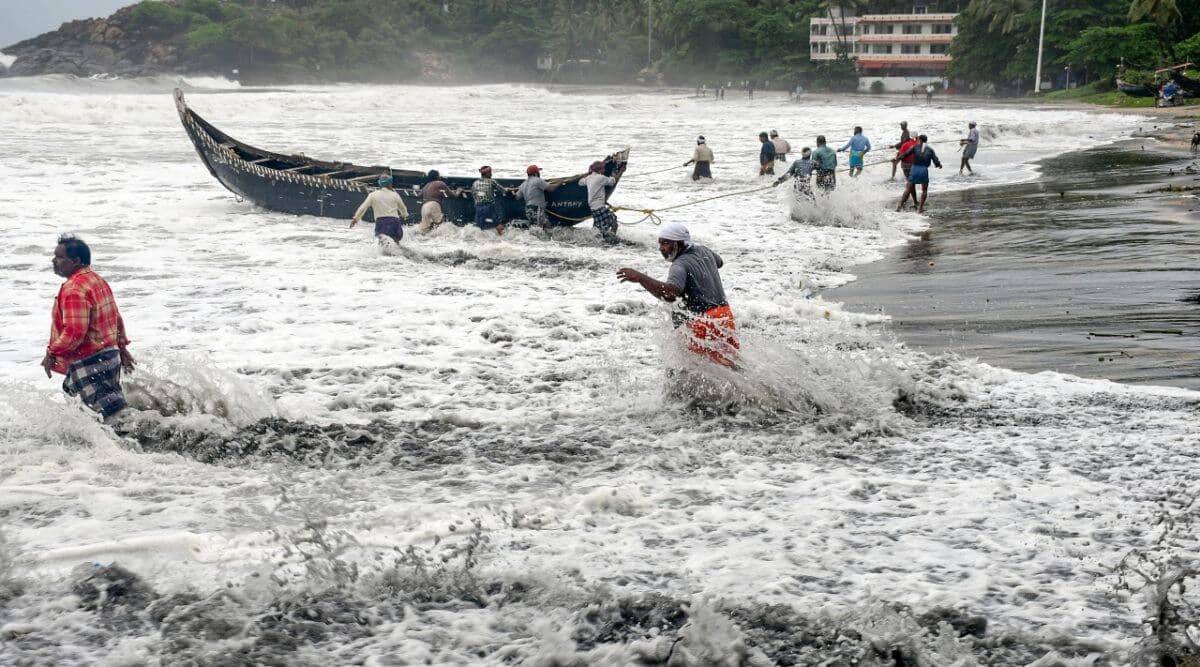