The award, announced during the French LitFest 2022 held on Saturday, was given to translator Trinanjan Chakraborty and publisher Patra Bharati, the organisers said in a statement.

The award, announced during the French LitFest 2022 held on Saturday, was given to translator Trinanjan Chakraborty and publisher Patra Bharati, the organisers said in a statement.

The debut novel of Algerian writer and journalist Kamel Daoud, ‘Meursault, contre-enquêteto’ is a retelling of Albert Camus’ 1942 novel, “The Stranger”. It won the prize beating the other shortlisted book — the Hindi translation of Marjane Satrapi’s cult comic “Persepolis”.

“It was a great honour to be receiving the Romain Rolland prize for translation of a very important book, ‘Mersault, contre-enquere’ by Kamel Daoud among dignitaries and honorable guests at the Bonjour India Festival,” said Esha Chatterjee, the winning publisher.

“This is the first time Patra Bharati has received this award and it wouldn’t have been possible without Trinanjan Da (Chakraborty), the translator for this book. We hope together we can bring some of the most outstanding contemporary and classics of French literature into the Bengali readership,” she added.

Romain Rolland Book Prize, started in 2017, aims at awarding the best translation of a French title into any Indian language, including English. As part of the prize, the winning publisher and the translator will be awarded a curated trip to the Paris Book Fair, 2023 (Livre Paris).

The jury, composed of professors from different universities in France and India, and literary translators from both countries to assess the quality of the translations, is chaired by the French Institute in India / Embassy of France in India.

“India is one of the biggest language laboratories in the world. As a member of the jury of RRP from its inception, I was amazed to see the reception of French literature in several Indian languages, transmuted through translations.

“It was a magical experience for me, and it proved once again how translations can cross all barriers to create a new intercultural world,” said noted French linguist-translator Chinmoy Guha, one of the members of the jury.

Last year, the prize was won by the Tamil translation of the French novel “Le mariage de plaisir”.

The French LitFest 2022 held on Saturday was part of the ongoing ‘Bonjour India’, an art and culture summer festival which celebrates the relationship India and France share. The festival, funded by the government of France and supported by the France Embassy, is travelling to 19 cities with over 200 events. 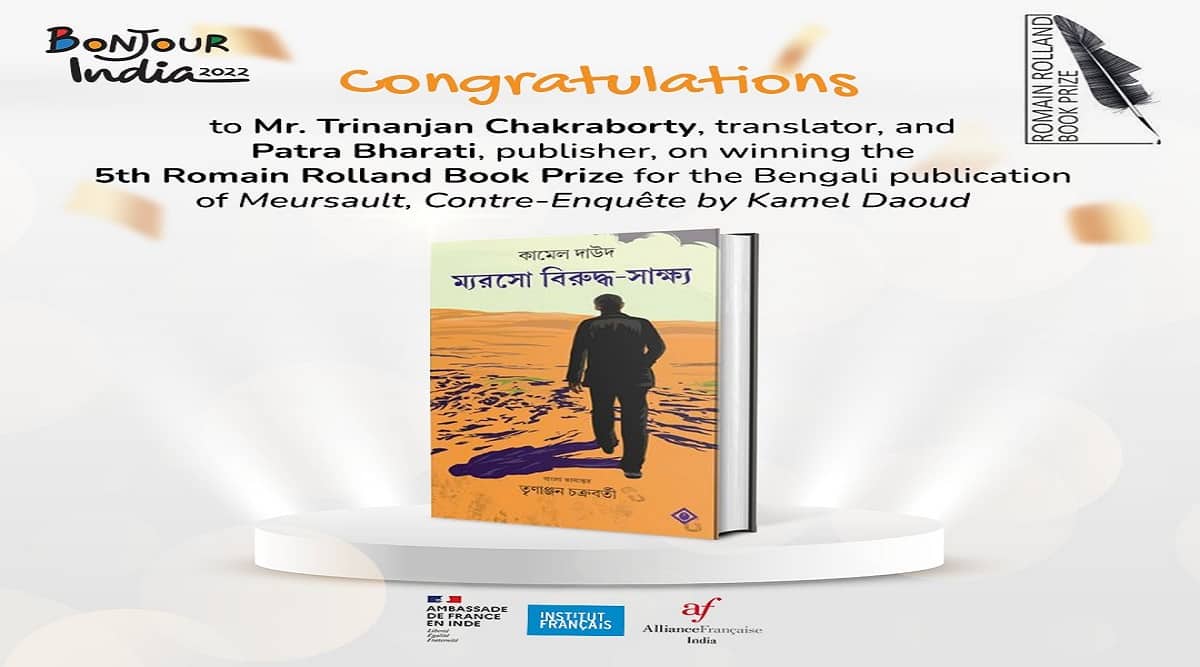