Across the Aisle by P Chidambaram: Citizen versus State versus Liberty

The ‘State’ is no more than the collective name to citizens who choose to organise themselves and constitute a ‘State’.

I believe I was born free. That I was born in a Westminster-like democracy or a Soviet-style state or an absolute dictatorship or a noisy, quarrelling country is a matter on which I had no control.

The ‘State’ is no more than the collective name to citizens who choose to organise themselves and constitute a ‘State’. When the citizens give unto themselves a charter, that becomes the Constitution of the State. The State cannot assert any right or power or duty beyond what is written in the Constitution. A citizen who does not accept the Constitution may leave the country and become the citizen of another country —  if that country will accept her.

Ordinarily, the State and the citizens should be able to co-exist in this perfectly sensible arrangement. The rub lies in the following: the meaning of what is written in the Constitution becomes, sometimes, the bone of contention and, therefore, interpretation. The right to interpret the Constitution is asserted by the judiciary (“sole repository of judicial power”) but that is contested by the legislature (“sole repository of law-making power”). The judges are invariably appointed, but the power of appointment, usually, rests with the government.

Such an occasion arose in the United States in 1973. The judges stood by the people and upheld the right of women to privacy, and agency, on the question of abortion (Roe vs Wade). Such a moment arose in India in 1976. The judges stood by the government-of-the-day and let down the fundamental rights of the people including the right to life (A.D.M. Jabalpur vs S S Shukla).

Save or Bury the Constitution

In Roe vs Wade, the question was whether a State had the power to make a law restricting the right of the mother to abort the fetus. The U.S. Supreme Court ruled that a right of personal privacy does exist under the Constitution and the right is broad enough to encompass a woman’s decision whether or not to terminate her pregnancy. However, balancing the woman’s right against the State’s interest, the Court ruled that the rights were different up to the end the first trimester, during the period from the end of the first trimester up to viability of the foetus outside the womb, and during the period from viability to birth.

Roe vs Wade divided Americans like no other judgement before — until Mr Donald Trump came along and divided Americans more on other issues. There is a likelihood of more division and bitterness if Roe vs Wade is reviewed by the U.S. Supreme Court. A leaked first draft of the judgment of a majority of the Court in a pending case proposed that Roe vs Wade be overruled. According to the leaked document, the decision in Roe vs Wade was “egregiously wrong” and “its reasoning was exceptionally weak, and the decision has had damaging consequences”. If Roe vs Wade were actually overruled, it would have profound consequences for birth control and same-sex marriage. That is the power the Court wields to enlarge or restrict liberty.

There are several cases pending in the Supreme Court of India touching upon liberty. Among them are:

The demonetization case: Can the State demonetise 86 per cent of the currency, without notice, depriving millions of people of food and medicines for several days?

The electoral bond case: Can the State make a law that provides for anonymous and unlimited donations to political parties by corporates (including loss-making companies) and ingeniously connects crony capitalism, corruption and contributions to the ruling party?

The Lockdown: Can the State impose a total lockdown without notice to the people and render millions without a home, food, water, medicine, money and means of travel to their permanent places of residence?

Repeal of Article 370 of the Constitution: Can the State dismember a state that had joined the Union under an Instrument of Accession into two sub-state units without obtaining the consent of the people or of the legislature of the state?

Sedition: Can the State slap charges of sedition under Section 124A of the IPC on any one who opposes or mocks the State’s actions?

Encounters & Bulldozers: Can the State employ methods like encounters and demolitions to quell dissent or protests by the people?

There is a deliberate and determined attempt to strike at the very foundations of the Indian State. There is a stealthy attempt to deprive the people of their liberty and inalienable rights by chipping at the margins. In the World Press Freedom Index 2022, India has slipped to 150 among 180 countries. Vigilant citizens have knocked on the doors of the Supreme Court, the self-described sentinel on the qui vive.

Liberty is waiting for a saviour. 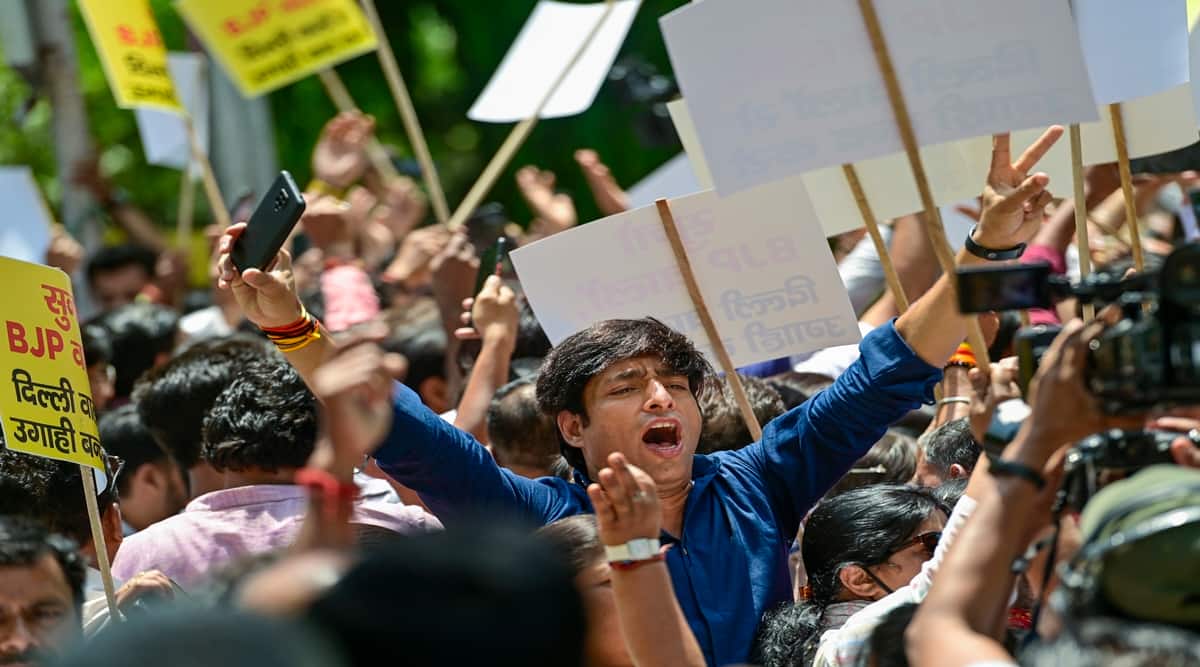