BJP’s Tajinder Bagga gets police cover in Delhi, says will continue to fight until Kejriwal apologises

Bagga said his detention by Punjab police was “illegal” and that he will continue to fight until Delhi Chief Minister Arvind Kejriwal apologises for his remarks towards Kashmiri Pandits.

BJP’s Tajinder Pal Singh Bagga, whose arrested on Friday led to a showdown between two parties and police forces of three states, has been granted security by a court in Delhi. Bagga said his detention by Punjab police was “illegal” and that he will continue to fight until Delhi Chief Minister Arvind Kejriwal apologises for his remarks towards Kashmiri Pandits.

Bagga, who is also the national secretary of the Bharatiya Janata Yuva Morcha, was held in connection with a case registered against him in Mohali last month, the Punjab Police said. The AAP government in Punjab claimed that he was arrested for trying to stoke communal tension and violence in the border state and rejected the BJP’s charge of vendetta.

After taking Bagga’s custody, Delhi Police brought him back from Kurukshetra and produced him at a Metropolitan Magistrate’s Gurgaon residence on Friday night.

Around midnight, he was released and allowed to head home. His advocate Sanket Gupta, who accompanied him, said: “As per his MLC (medico-legal case) report, he suffered an injury on his back and shoulder during the incident.”

“After a long day, Bagga was produced before the duty magistrate, and duty magistrate perused the medical records and it was found that he had suffered an injury to his back and shoulder. Bagga expressed apprehension that this sort of incident could happen again tomorrow or day after tomorrow,” Gupta said.

The court took cognizance of this and asked the SHO to ensure adequate security for Bagga and his father, the complainant, Gupta said.

A team of Punjab Police officials picked Bagga from his West Delhi residence on Friday morning and were taking him to Mohali when the cavalcade was intercepted by Haryana Police in Kurukshetra who took them to Thanesar Police Station. From there, the Delhi Police took over his custody and brought him back to the national capital.

The Haryana Police said it held up the Punjab Police team carrying Bagga after an FIR was filed by their Delhi Police counterpart based on the complaint filed by the BJP leader’s father who alleged that his son had been abducted.

“Police officials started dragging Tajinder (Bagga), they didn’t allow him to wear his turban, this is against our religious principles. We’ve asked Punjabi brothers to raise their voices against this. Finally, Tajinder is back, this is the victory of truth,” PS Bagga, the father of Tajinder Singh Bagga, was quoted as saying by news agency ANI.

The case was registered under sections 452 (house trespass after preparation for hurt, assault or wrong­ful restraint), 392 (robbery), 342 (wrongful confinement), 365 (kidnapping), 295A (deliberate and malicious acts, intended to outrage reli­gious feelings of any class by insulting its religion or reli­gious beliefs) and 34 (common intention) of the Indian Penal Code (IPC), according to a Delhi Police statement.

Delhi police, which reports to the Centre, claimed they were not informed in advance about the arrest. Punjab police have refuted the charge, saying one of their teams has been at a police station in Delhi since last evening.

Additional Solicitor General Satya Pal Jain, who represented Delhi Police before the Punjab and Haryana High Court in a separate habeas corpus moved by Punjab Police, told The Indian Express that when Bagga was picked up from his residence by Punjab Police “without informing Delhi Police”, his father lodged an FIR saying his son has been kidnapped and and that he apprehend danger to his life. 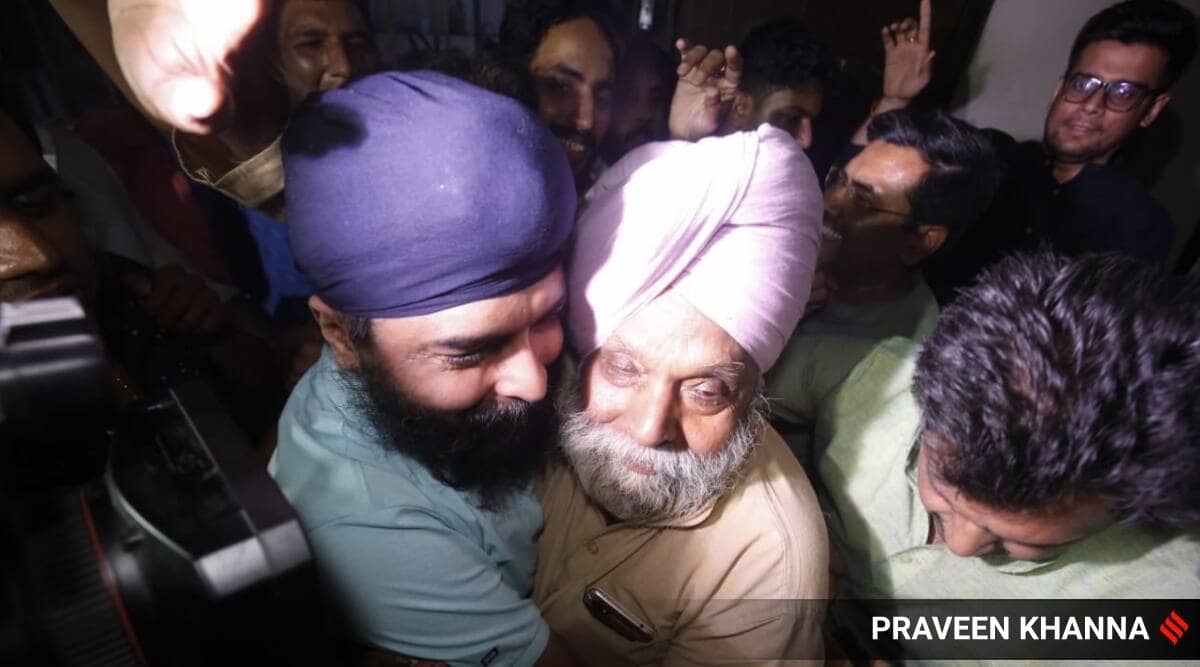