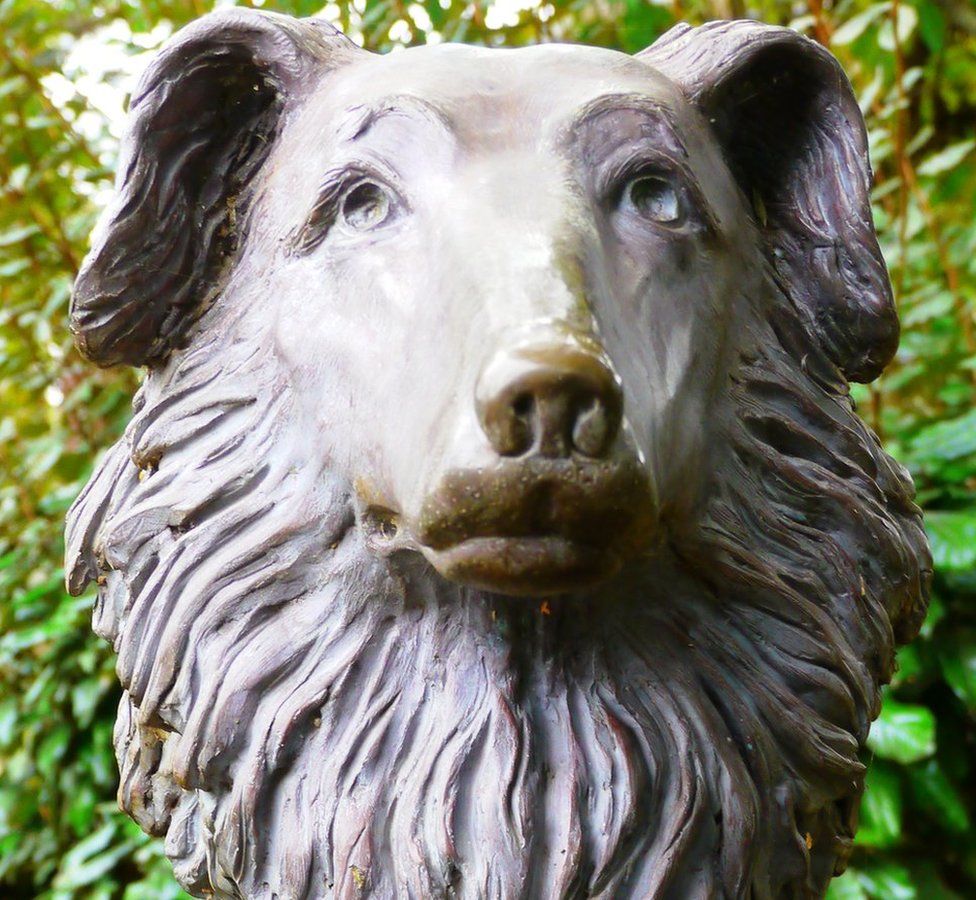 It is 150 years since the death of Greyfriars Bobby, the dog whose story of devotion has become known across the world.

His loyalty to his “master” John Gray has been immortalised in books, films and the famous statue which has long been a popular tourist attraction in Edinburgh.

But he is not the only dog to have inspired a statue. Here, we tell the stories of Bobby and some of the other canines who have been commemorated across the world.

Greyfriars Bobby was the faithful dog of John Gray, also known as Auld Jock, in Edinburgh. When Gray died and was buried in Greyfriars Kirkyard, Bobby sat by the grave every day and guarded it for the remaining 14 years of his life. The Skye Terrier was buried nearby.

Bobby’s devotion captured hearts in Edinburgh, and he was commemorated with a statue in 1873 – a year after his death – near the entrance to the graveyard. The story has been brought to the world’s attention through a 1912 book by Eleanor Atkinson and a 1961 Disney movie starring Donald Crisp, as well as a more recent movie in 2005.

Tourists from around the world stop to pose and have their picture taken with Bobby in front of a pub of the same name. Many touch the dog’s nose for good luck, but that rubbing has left Bobby’s face with a golden hue throughout the years. The local council has, on occasion, restored the statue.

Fala is perhaps the most famous White House dog of all. He was the trusty companion of President Franklin D Roosevelt, and was pictured with FDR on many engagements.

One of the most famous chapters of Fala’s life involved a presidential trip to the Aleutian Islands in 1944. FDR was accused by his political opponents of leaving his Scottish Terrier behind on an island by mistake, and then sending a US ship back to pick him up – to the extortionate expense of the American taxpayer.

The story was political mischief-making from the president’s Republican adversaries, and FDR made light of it in what became known as the ‘Fala speech’. The president, during a televised campaign event, said he didn’t mind personal attacks on himself, but joked Fala was furious and FDR wanted to object to the “libellous statements about my dog” . The quip went down well.

Sergeant Gander was a Newfoundland dog who became the mascot of The Royal Rifles of Canada during the Second World War. When they were fighting the Japanese in Hong Kong in 1941, Gander was alongside them.

Gander was noted to have protected Canadian soldiers during the fighting on two occasions, but the third time it cost the dog his life. Sergeant Gander picked up a grenade that was thrown at the Canadian troops and ran away with it, saving the lives of the soldiers while sacrificing himself.

Gander was posthumously awarded the Dickin medal – the equivalent of the Victoria Cross for animals – in 2000, and has been commemorated with a statue at the Gander Heritage Memorial Park in Newfoundland and Labrador.

The story of Bobbie the Wonder Dog could be straight out of a Hollywood movie. It begins when Bobbie was with his family on a road trip in Indiana in 1923. When he was attacked by other dogs, Bobbie ran away and his heartbroken family could not find him.

Eventually, they returned to their home in Silverton, Oregon – more than 2,500 miles (4,023km) away – resigned to the fact they would never see their companion again. Six months later, a scrawny, mangy Bobbie with his toenails worn down, somehow turned up in Silverton to the astonishment of all. It looked like he had walked the whole way home.

Unsurprisingly, the story became a sensation. Numerous articles were written, medals were bestowed and Bobbie even starred as himself in the 1924 silent film The Call of the West. He died in 1927 and is remembered with a statue in Silverton. Anyone else off to watch Homeward Bound?

Like Greyfriars Bobby, the story of Hachiko is a famous tale about the devotion of a dog to its human. In the early 1920s Hachiko was the Akita dog of Professor Ueno, a university academic in Tokyo. Hachiko would accompany his master to Shibuya station every morning as the professor travelled to work, and then return in the afternoon to greet him back home.

The professor died in 1925 while at work. For about the next 10 years, until his own death, Hachiko travelled to the station daily in the hope of seeing the professor again. The dog was commemorated with a statue at the railway station, and another memorial – depicting a reunion between the long-lost companions – was unveiled at the University of Tokyo in 2015.

The statue of sled dog Balto has stood in New York’s Central Park since 1925, and has been a very popular attraction for families ever since.

The Siberian husky, with musher Gunnar Kaasen, is famous for leading a team of sled dogs on the final part of an epic 674-mile (1,084km) trek. It took place across treacherous terrain in horrendous blizzards, as they delivered a serum to the isolated area of Nome, Alaska, to tackle an outbreak of diphtheria. The act is thought to have prevented the deaths of thousands of people.

Balto was pictured at the unveiling of the bronze statue, as the contribution of all of the dogs was remembered on a nearby plaque. Like Greyfriars Bobby on the other side of the Atlantic Ocean, parts of the Balto statue have been discoloured over the years, with countless children climbing on its back for a hug and a photograph.

In the square are statues of dogs in various poses. What is the significance of the animals? The Canary Islands are not named after the little bird, but one theory suggests the name derives from the Latin word for dogs – canes – with Europeans reportedly encountering dogs when they first came across the islands.

However, this idea has been dismissed as a myth by some interested in the history of the archipelago. Regardless, the dog statues are a popular addition to the square and a favourite spot for a picture.

The Johnstown flood of 1889 was utterly devastating. The catastrophic failure of a dam in Pennsylvania caused the deaths of 2,209 people and resulted in widespread damage to Johnstown.

One remnant of this awful event, still remembered today by people in the local area, is the statue of Morley’s Dog. It was just an ordinary Victorian-era garden statue belonging to a man named James Morley, which was swept away in the flood. But after the traumatic event, it was recovered and eventually became a beloved Johnstown landmark in the local park – one symbol of a community that had rebuilt.

While Morley wasn’t based on a real dog, it also represents local tales of a dog who did help rescue people during the flood. After a restoration, the statue is now situated inside the Johnstown Heritage Discovery Centre.

Like Greyfriars Bobby and Hachiko, the tales of devoted dogs are remembered around the world – including Shep in the USA and Waghya in India. This one comes from Italy during the Second World War.

Fido’s story starts in 1941, when a labourer called Carlo Soriani found a street dog injured in a ditch at the side of the road in Borgo San Lorenzo, near Florence. Soriani took the dog home to care for it, and called him Fido – the Latin word for trusty.

Fido accompanied his master to a bus stop as Soriani made his way to and from his work. At the end of 1943, Soriani was killed during an Allied bombardment. For the next 14 years, until his own death, Fido would go to the bus stop in the hope of being reunited. He became a local celebrity and was remembered with this statue.

We end our list with a tragic Welsh tale – the story of Gelert. According to the legend, and it may just be that, Llywelyn the Great – the medieval Welsh prince – went hunting one day.

The prince returned to find his baby missing and his faithful dog Gelert covered in blood. In a fury, the prince plunged his sword into the dog, thinking Gelert had killed the child. But, according to the gravestone on Gelert’s Grave, “the dog’s dying yell was answered by a child’s cry”.

The missing child was found unharmed nearby, next to the body of a wolf that Gelert had slain. The graveside transcription ends: “The prince filled with remorse is said never to have smiled again.”