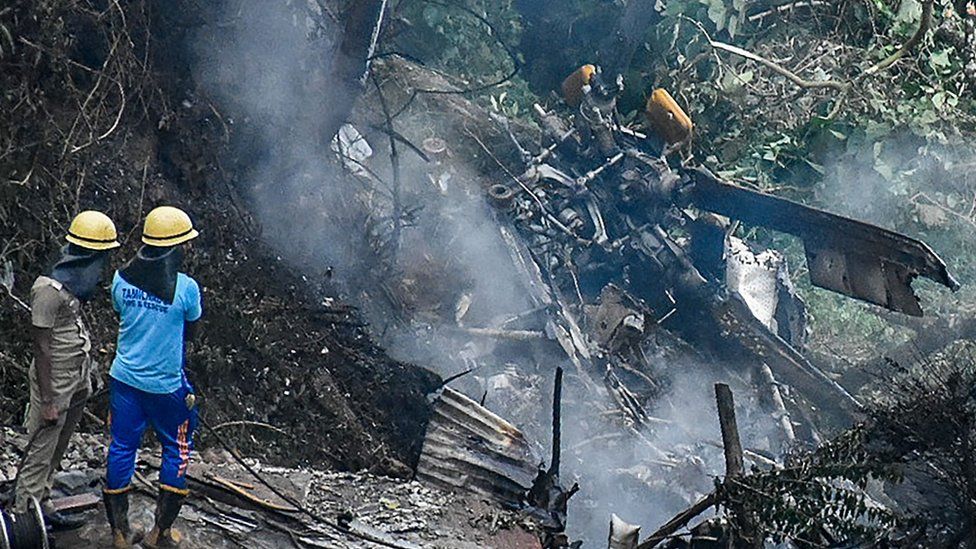 A helicopter crash that killed the head of India’s armed forces and 13 others was caused by a pilot disoriented by a sudden turn in the weather.

Gen Bipin Rawat was among those killed when the chopper hit a hillside and burst into flames in Tamil Nadu state in December.

Conspiracy theories about the accident have been shared on social media.

But the government said it had ruled out “mechanical failure, sabotage or negligence” as a cause of the crash.

It said the aircraft had flown into clouds, causing “spatial disorientation” of the pilot who flew it into the ground.

The government said it had looked at flight data, cockpit recordings as well as questioning witnesses to come to its findings.

The Mi-17V5 helicopter was on its way to a defence college in Wellington town when it crashed in the hills near Coonoor city.

Rawat, 63, his wife and 11 others were killed instantly. A lone survivor died later in hospital.

Rawat was the most senior figure in India’s military and its first chief of defence staff from 2019.

He was cremated with full military honours last month, as tributes were paid by Prime Minister Narendra Modi and others.