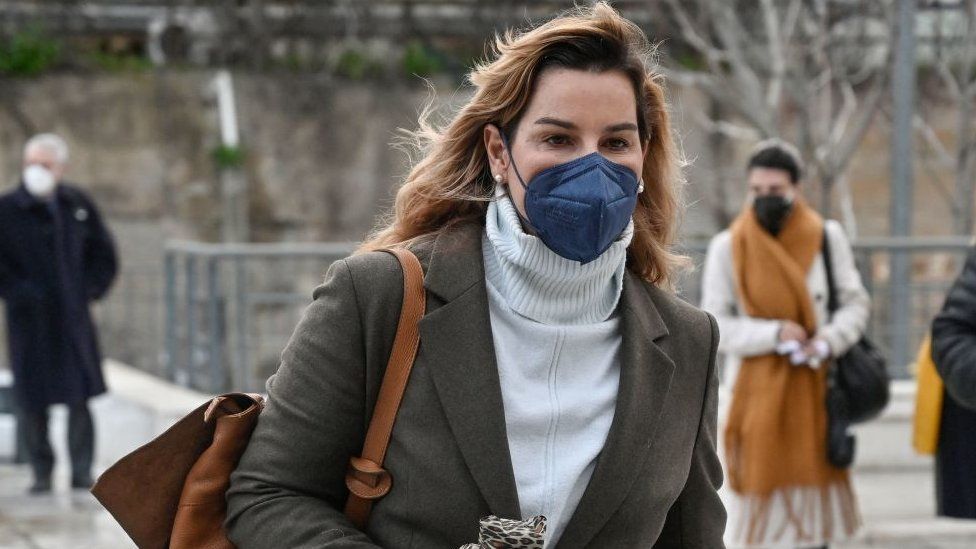 A Greek sailing coach has gone on trial in Athens accused of raping an 11-year-old girl, in a case that came to light when a gold medal-winning athlete spoke out about sexual abuse in sport.

The victim and her family were also in court, along with former Olympic sailing champion Sofia Bekatorou.

Using the hashtag #metisofia – on Sofia’s side – athletes went public with their experiences in December 2020, shattering a taboo over sexual violence.

It was Bekatorou’s stand that prompted the young woman to take legal action against her former coach. She was pictured walking to the court building hand in hand with members of her family.

Triantafyllos Apostolou, 39, revealed his identity in an interview with Greek media in January 2021 shortly before being arrested. He told Protothema website that the girl had been older than 11 and that he had been keen to marry her until the case emerged. He has been held in pre-trial detention ever since.

The young woman, now aged 21, told Greek TV on the eve of the trial that she had been raped and sexually and verbally abused from the age of nine.

“It took me 10 years to understand that a child cannot be to blame,” she told ANT1 TV.

She hoped her decision to come forward would provide others with the same courage that she herself had gained from Sofia Bekatorou’s initial move. “We have to break the silence, punish the abusers and bring to an end any stigma for victims of sexual abuse.”

Bekatorou spoke out during an online video conference, detailing how she had been subjected to “sexual harassment and abuse” in the hotel room of an unnamed Hellenic Sailing Federation (HSF) executive in 1998.

“I tried to push him away to show him there was no consent,” she said, “but whatever I said he didn’t stop.”

Bekatorou explained how she had stayed silent in order to keep on sailing and that she had since had years of therapy.

A celebrated sportswoman in Greece, she won gold at the 2004 Athens Olympics and became the first female flag-bearer to lead the Greek Olympic team at the 2016 Rio de Janeiro Games.