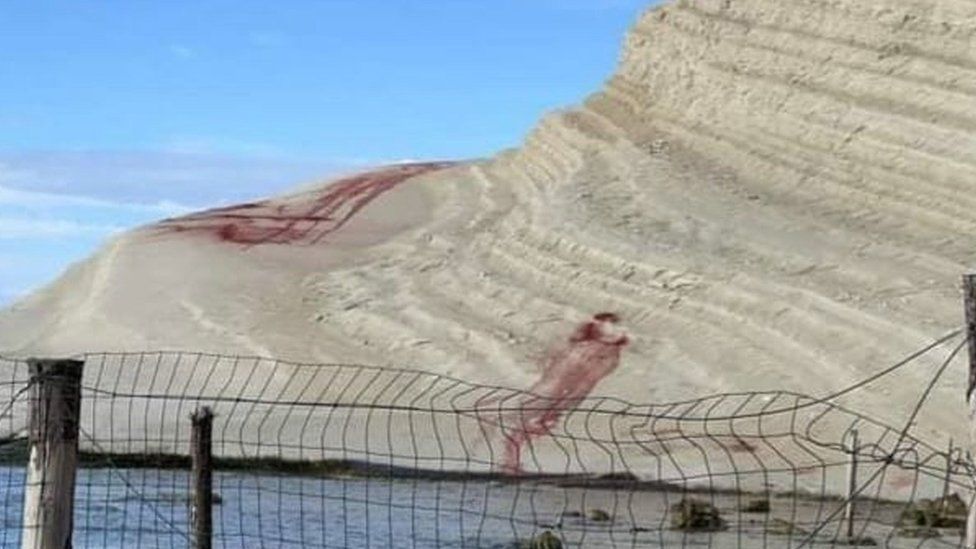 An investigation has been launched after Sicily’s normally white Scala dei Turchi cliffs were stained red.

The marl cliffs, which attract thousands of tourists every year, were defaced sometime overnight on Friday.

The Scala dei Turchi, said to have once been a hiding place of pirates, are one of the island’s most loved tourist attractions, in part thanks to the Inspector Montalbano books.

The staircase-shaped cliffs near the southern town of Realmonte appear regularly as a backdrop in the popular series about the Sicilian detective.

Luckily, it appears the red stains – created with a mix of red plaster dust and water – can be removed, with volunteers helping to cleanup.

The police, meanwhile, are checking CCTV and the island’s stores to trace anyone who has recently bought red plaster in the hopes of catching the culprit.

This is not the only time the cliffs have hit the headlines in recent years. In 2020, Italian prosecutors took control of the area, saying it was being badly managed.