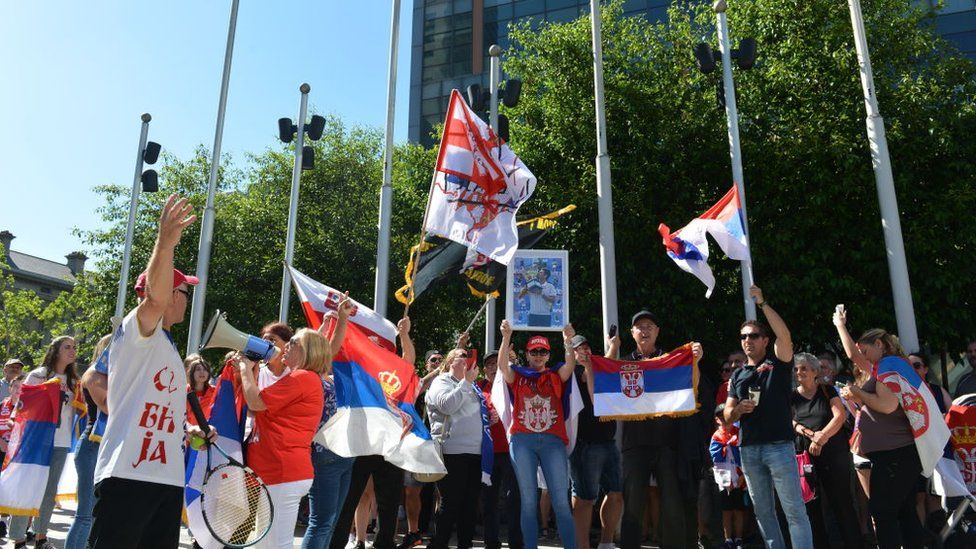 The judge hearing Novak Djokovic’s challenge to an order by the Australian government revoking his entry visa has raised concerns over his treatment.

Judge Anthony Kelly said it seemed the tennis star had obtained the necessary exemption to travel restrictions prior to his arrival in the country.

He asked government lawyers what more Djokovic could have done.

The trial began on Monday morning after delays caused by technical issues with a live stream of proceedings.

Lawyers for Djokovic have been arguing that the 20-time Grand Slam winner entered the country on the understanding that his exemption from restrictions requiring travellers to be fully vaccinated against Covid-19 was valid.

Nick Wood told the court that the exemption had been granted to the player by two separate medical boards following a recent coronavirus infection and that he had presented all the necessary medical evidence to officials.

“He had done absolutely everything. He had engaged with everything that was required of him by Tennis Australia,” Mr Wood said.

Judge Kelly appeared to agree with Mr Wood’s argument and told government lawyers that he felt “agitated” by what he had heard so far.

“What more could this man have done?” he asked.

Mr Djokovic’s lawyers have also argued that his treatment by Australian Border Force officers after his arrival was “manifestly unjust”.

After being approached by officials at the airport, he asked to wait until the morning to hear from his team before deciding whether to leave the country. This was initially agreed to by officials.

He then went to sleep, but was woken up around 06:00 by officers who allegedly pressured him to respond “because it was better for him if they made the decision right away”.

If Judge Kelly agrees that such pressure was unfair, then it would constitute legal errors by which Mr Djokovic can win his case.

The trial is continuing, with government lawyers presenting their case.

Their representative Christopher Tran argued that Djokovic’s recent Covid infection did not qualify him for an exemption from travel rules, and denied there was any unfairness or unreasonableness in the decision.

It is expected that arguments should conclude by 17:00 local time (06:00 GMT), but a verdict may not be delivered until Tuesday.

Meanwhile, it appears that Mr Djokovic has been granted some concessions during the trial.

On Sunday a court official instructed the government to “take all steps and do all things as may be necessary” to bring Mr Djokovic to premises specified by his solicitors to allow him to watch the trial.

But he must return to detention at the conclusion of each hearing.

His legal team have not said where he is, though it is unlikely to be the offices of his law firm, who have a no vaccination, no entry policy.