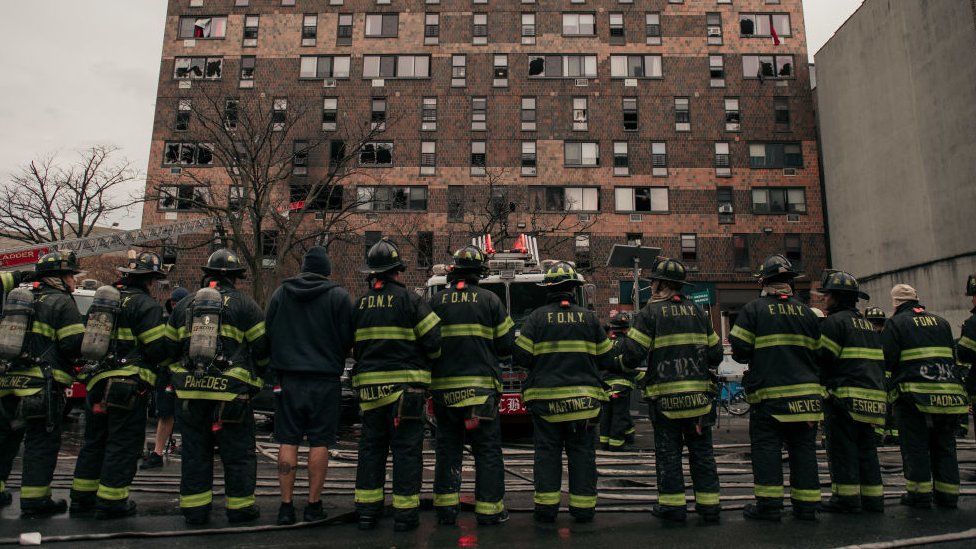 At least 19 people, including nine children, have died after a fire in a New York apartment building.

Another 32 people were sent to hospital, several of whom are in a critical condition, according to New York Mayor Eric Adams.

Fire department Commissioner Daniel Nigro said they had found victims on every floor of the 19-storey building, describing the fire as “unprecedented”.

It comes days after an apartment fire in Philadelphia killed 12.

On that occasion, eight children were among the dead.

Sunday’s fire broke out on the second or third floor of the Bronx apartment block at about 11:00 local time (16:00 GMT).

Some 200 firefighters were sent to tackle the blaze, the cause of which was not immediately clear. Commissioner Nigro said the door to the flat where the fire started was left open.

Video circulating on social media show flames erupting from a third floor window as firefighters attempt to tackle it.

The smoke then spread to every floor, Commissioner Nigro told reporters.

“Members found victims on every floor in stairwells and were taking them out in cardiac and respiratory arrest,” he said.

“The impact of this fire is going to bring a level of pain and despair to our city,” Mr Adams told reporters. “The numbers are horrific.”