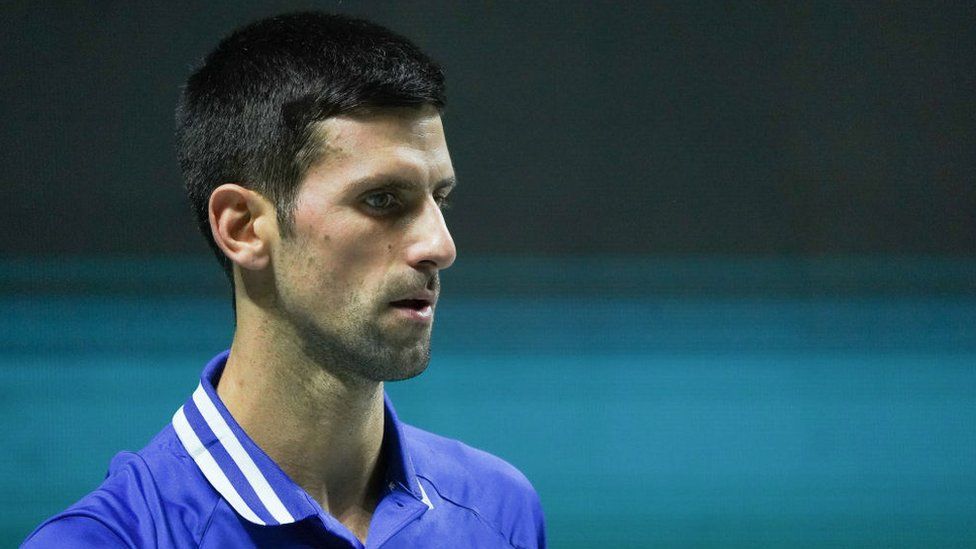 Novak Djokovic sought a medical exemption from Australia’s strict Covid visa regulations on the basis that he’d contracted the infection in December.

There is now a focus on whether the tennis star broke the rules in his home country Serbia, with people highlighting several public engagements he apparently attended in the days following his positive test.

Mr Djokovic was tested in Serbia, where you are legally required to isolate for 14 days following a positive Covid test.

Here is a timeline of events from what we know so far.

After the game, numerous people who attended tested positive for Covid-19, so it is possible this is where Mr Djokovic became infected.

In court documents, Mr Djokovic’s lawyers submitted evidence that confirms he took a PCR test just after 13:00 on 16 December.

The document from the Institute of Public Health of Serbia states the result came back positive seven hours later, at about 20:00 on the same day.

It is unclear whether Mr Djokovic was told he had Covid at that point.

During a press conference held by the Djokovic family in Belgrade on 10 January, his brother was asked: “Is it true that on 16 December he [Novak] tested positive and he knew he was positive with Covid?”

His brother responded: “Yes, the whole process was public and all the documents that are public are legal.”

Mr Djokovic attended a panel discussion and a ceremony for the unveiling of a stamp in his honour in Belgrade on 16 December (before 20:00), which he posted about on Twitter the next day.

On the morning of 17 December, the Tennis Association of Belgrade posted on Facebook about an award ceremony at the Novak Tennis Center in Belgrade which was happening later that day.

They said the trophies would be “handed over to the young talent by the favourite tennis player of this region, and beyond”.

Later that day, a series of pictures was posted on the same Facebook page of Mr Djokovic presenting awards without a mask.

It has been reported by French newspaper L’Equipe that Mr Djokovic attended a photo shoot with one of their photographers on 18 December.

He posed with the newspaper’s Champion of Champions trophy – an award which recognises the outstanding sportsperson of the year.

The paper says he wore a face mask during an interview, but removed it for the photo shoot.

In the court documents provided by Mr Djokovic’s lawyers, there is confirmation that he had another PCR test on 22 December.

This test came back negative at 16:15 the same afternoon.