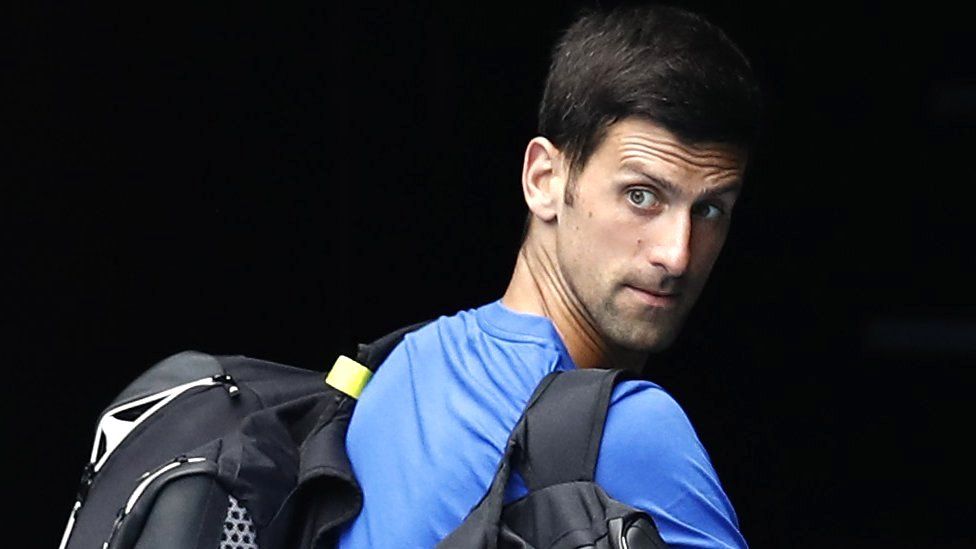 A bid by the Australian government to delay Novak Djokovic’s appeal against deportation has been rejected by a judge overseeing his case.

The government had requested the tennis star’s court hearing be postponed until Wednesday, but it will instead begin as scheduled on Monday morning.

Djokovic was denied entry to Australia after landing in Melbourne last week to defend his Australian Open title.

His case has caused a huge outcry and made headlines around the world.

The world number one men’s tennis player – who has said he is opposed to vaccination – is in an immigration detention centre as his lawyers prepare to appeal against a decision by Australia’s federal government to cancel his visa.

Djokovic, 34, had been granted a medical exemption to play in the Australian Open tournament in a decision that infuriated many ordinary Australians who have been living under some of the world’s strictest Covid rules.

On Saturday, Djokovic’s lawyers submitted a 35-page document arguing that their client fulfilled the criteria for a vaccine exemption certificate because of a recent Covid infection, which was confirmed by a PCR test on 16 December.

But the Australian government has insisted that a recent infection only offers an exemption for residents.

It appears that Djokovic’s lawyers will effectively tell the court that the decision to revoke the visa was affected by a variety of “jurisdictional errors”.

There had been no prior announcement of Djokovic’s Covid infection, and photos have since emerged of the player apparently attending events in the Serbian capital Belgrade maskless at around the time he tested positive.

It is unclear whether he knew he had Covid when the photos were taken.

His lawyers have said he was kept at the immigration control point at Melbourne Airport for about eight hours after he arrived, and that he had little communication with them during that period.

On Sunday, a court order by Judge Anthony Kelly stated that the request to delay the hearing until 12 January had been “refused without prejudice” and that submissions must be presented to the court at 10:00 local time on Monday (23:00 GMT Sunday).

Last week, Tennis Australia said it would need to know whether Djokovic was participating in the Australian Open so that it could schedule his games in the competition.

While he awaits a final decision, Djokovic’s lawyers have asked he be moved from the immigration detention hotel that has often been criticised by refugees for its poor conditions where he is currently being held, to “a more suitable place of detention” that would allow him to train ahead of the Australian Open.

Australia’s pandemic border rules ban foreigners from entering the country if they are not either double vaccinated or have a medical exemption from having the jabs.

While foreigners can fly in to Australia on a visa applied for online, they must still clear immigration customs on arrival at the airport.

The Australian Open begins on 17 January in Melbourne.