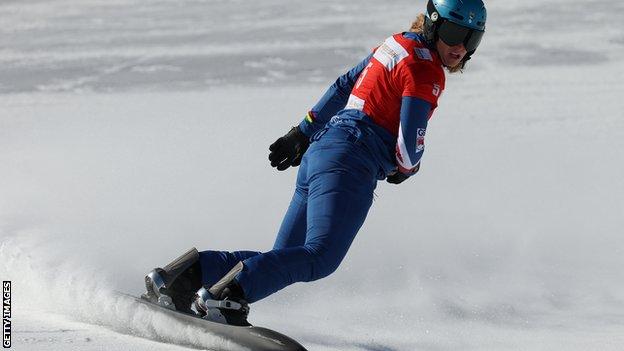 Reigning world champion Bankes competed for France at the past two Winter Olympics before switching to Britain.

The 26-year-old leads the overall World Cup standings on 309 points.

Bankes, who has a 78-point lead over second-placed Michela Moioli of Italy, and took victory in Krasnoyarsk, Siberia, ahead of France’s Chloe Trespeuch and American Lindsey Jacobellis.

“I am really happy,” said Bankes, who will race again on Sunday. “It was a tight race, so it was fun riding.”