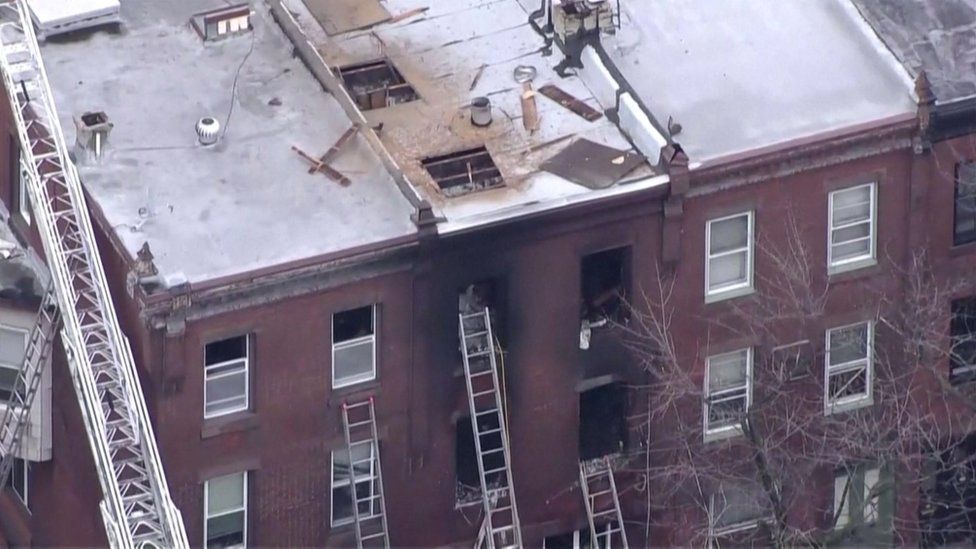 Twelve people have been killed and several more have been injured after a fire broke out in an apartment building in the US city of Philadelphia.

Eight children are among the dead, an official from the Philadelphia Fire Department told reporters.

Deputy Fire Commissioner Craig Murphy told reporters it was one of the worst fires he had ever seen.

“We plan on making sure that this tremendous loss of life did not happen in vain,” he said on Wednesday.

He added that eight other residents had managed to escape the building.

It is believed there were 26 people in the three-storey block at the time of the fire.

The building is owned by the government funded Philadelphia Housing Authority, and it has been legally divided into two apartments since the 1950s.

Officials said that at the last inspection of the building in 2020 there had been four working smoke detectors, but none of them went off during the fire.

Mr Murphy told reporters that while authorities do not currently consider the cause of the fire to be suspicious, there will still be a thorough investigation due to the loss of life.

Speaking during the press conference, the city’s Mayor Jim Kenney said: “This is without a doubt one of the most tragic days in our city’s history, the loss of so many people in such a tragic way.”

“Losing so many kids is just devastating,” he added.