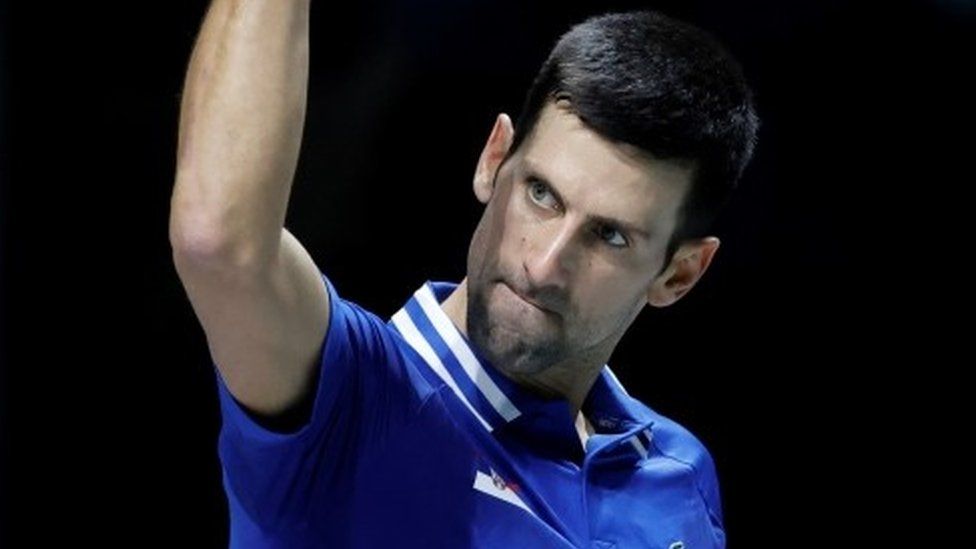 World number one tennis player Novak Djokovic has been denied entry to Australia over an issue with his visa.

The player arrived in Melbourne on Wednesday where authorities noticed a mistake with his application.

Djokovic was due to play in the Australian Open, after being exempted from vaccination rules.

He has been told he will be deported but his lawyers have said they will challenge the decision, Australian media report.

The tennis star had been quizzed in a room at Melbourne airport for hours while his visa and exemption status was being investigated.

His team had not requested a visa that permits medical exemptions for being unvaccinated. It is not clear whether he will remain in Australia while his lawyers attempt to overturn the decision.

Djokovic has not spoken about his vaccination status, but last year he said he was “opposed to vaccination”.

In a statement, the Australian Border Force said Djokovic “failed to provide appropriate evidence to meet the entry requirements to Australia, and his visa has been subsequently cancelled.

“Non-citizens who do not hold a valid visa on entry or who have had their visa cancelled will be detained and removed from Australia,” it added. ​

His treatment has provoked outrage in his native Serbia. Djokovic’s father, Srdjan Djokovic said his son was had been in a room guarded by police.

“This is not just a fight for Novak, but a fight for the whole world.” he said in a statement released to the media.

President Aleksander Vucic said the star was a victim of “harassment”, and that “the whole of Serbia”, supported him.

Earlier, Australia’s Prime Minister Scott Morrison said Djokovic would be refused entry to the country unless he provided evidence that he could not be vaccinated for medical reasons.

Australia is seeing tens of thousands of Covid-19 cases for the first time after enduring some of the world’s strictest restrictions. More than 90% of Australia’s over-16 population is fully vaccinated, but some people still cannot travel interstate or globally because of current measures.

The Australian Open begins on 17 January in Melbourne.