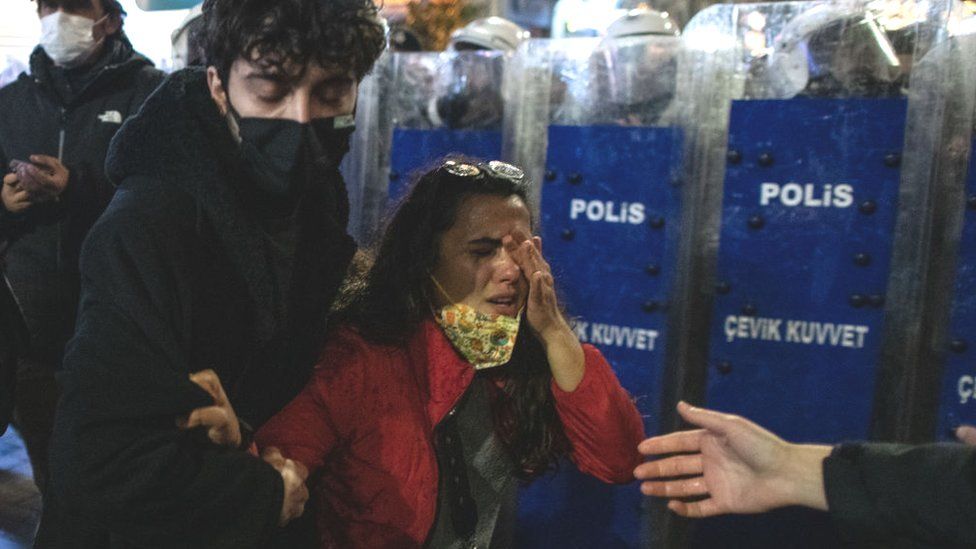 Riot police in Turkey have fired tear gas at protesters calling for an end to violence against women.

It comes just months after the country withdrew from an international treaty aimed at protecting women.

The protest fell on the international day for the elimination of violence against women. Other marches took place around the world.

At Taksim Square, police scuffled with protesters as they urged them to disperse from the area.

Many demonstrators were pictured holding banners while others called for the government to resign over its withdrawal from the Istanbul Convention in June.

Some in the party of Turkish President Recep Tayyip Erdogan had argued that the agreement was inconsistent with Turkey’s conservative values. Mr Erdogan said Turkey would use local laws to protect women.

“Women are being killed,” one protester told Reuters news agency. “They are being publicly murdered. As of June, we have started to move away from the guarantees that protect us.

“We do not and will not accept this and we will keep fighting”.

According to rights groups in Turkey, 345 women have been killed so far this year.

Thousands also took part in protests in Spain, France and the UK, with protests also set to take place in Chile, Mexico and Venezuela.