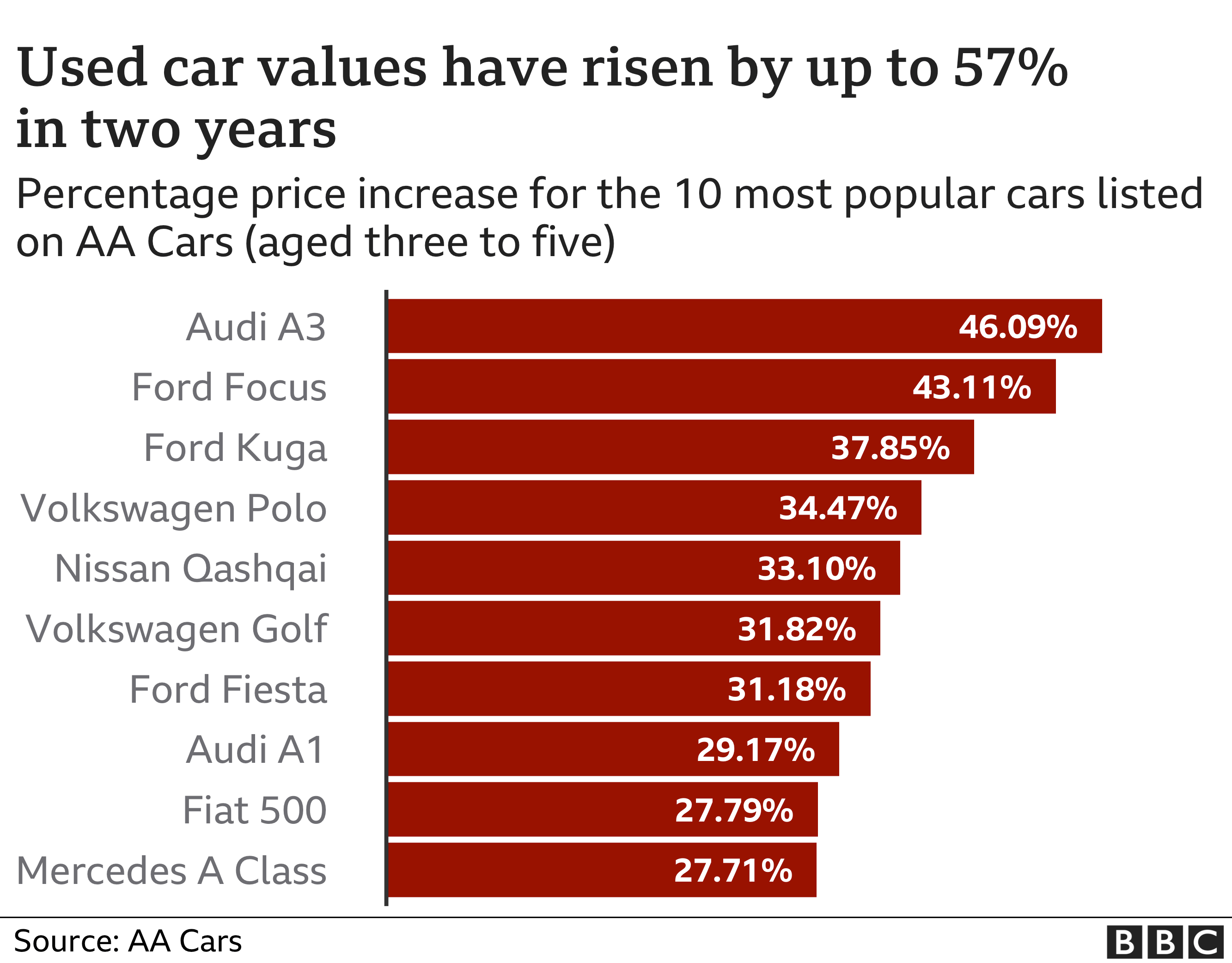 “This will become the norm – simply because it is so much easier, and quicker, than visiting a showroom or seller. You can buy a car from the comfort of your own home, at any time of the day, and tailor the delivery to suit you.”

NHS junior doctor, May Lang, 30, is one of a growing number of people happy to buy their cars entirely online.

Most Britons have a budget of £15,000 or less to purchase a car, according to YouGov, and up until now making this kind of large purchase has been slow to move online – perhaps unsurprising given the sums involved and complexity of the transaction.

But Covid has dramatically changed how we do our shopping, altering not only the type of products we are willing to buy online, but also how we make some of our most expensive purchases.

The pandemic coincided with the rise of a new breed of car dealers like Cazoo and Cinch, which let shoppers buy, part-exchange and finance used vehicles entirely online.

Those days may be numbered. Many prospective buyers now conduct their research entirely online and decide what they want before even heading to a forecourt.

Nathan Coe, the boss of car advertising giant AutoTrader, says the rise of so-called online disrupters in the sector has started a ripple effect – with traditional dealerships also shifting more of their car-buying process online.

“What they have done is catalyse the rest of the industry to think ‘hang on, we have got to do more of this online’,” he says.

Even if you’ve never heard of these new names, you’ve probably been bombarded by their advertising. Cazoo sponsors a host of sporting competitions and teams, including the English Football League, Aston Villa and Everton, while Cinch prominently features celebrity Rylan Clark in its primetime TV adverts.

The firms currently only make up a fraction – about 2% – of what is a very large and lucrative UK used-car market, but many believe they are here to stay and will only grow.

They have been helped by a surge in demand and prices for used cars – driven primarily by a shortage of materials like microchips that has curbed production of new vehicles.

“Other markets that started a lot earlier in their shift to online are [now] 60-70% online, whereas cars are lagging significantly,” say Cazoo founder and chief executive Alex Chesterman, pointing to the travel industry or property market.

Online platforms simplify the experience by offering greater choice and transparency on price, he argues.

“If you think about the traditional experience – going to a used car dealer – it has limited selection [and] is not particularly convenient. You have to travel a certain distance to view a product that you may, or may not buy. You also don’t get transparency traditionally on pricing – you have to haggle in order to get the best price.”

The entrepreneur, whose glittering track-record includes creating online film distributer LoveFilm and property website Zoopla, says his inspiration for Cazoo came from a booming business in the US car market, called Carvana.

The huge size of the used-car market was also a big draw – with plenty of space for new competitors and ideas. “It’s an almost £100bn market in the UK and a £500bn market across Europe.”

In creating Cazoo, his team has “always tried to focus on consumer experience”, Mr Chesterman says.

“There were plenty who said ‘nobody will ever buy a car online, they have to go and see it’. Well, three years later I can tell you with absolute certainty that is not true at all.”

According to data from AutoTrader, 72% of customers are interested in conducting more of their car-buying process online.

Chief executive Nathan Coe says AutoTrader’s website traffic increased year-on-year and that during the pandemic, the industry discovered “ways of doing things digitally” which didn’t involve the forecourt in sales.

Could shopping online for a car become as routine as ordering the supermarket shop or purchasing from Amazon?

Ms Lang, who first bought a Toyota Aygo, and then an electric Nissan Leaf through Cazoo won’t go back to the old approach.

“I found the process to be incredibly easy. I simply chose the car I wanted…paid for it, and selected my preferred date and time of delivery.”

So, where does this leave the car salesperson?

“I’m definitely not saying there won’t be any salespeople anymore,” says Mr Coe. “I think the job will change quite dramatically, and the nature of that person, how they are paid, what they are rewarded for, what they are trying to deliver, will differ.”

Cazoo’s strategy so far is paying off, with revenues up by 267% in the 12 months to 30 September. It was valued at £5bn when it listed on the New York Stock Exchange in August.

But buying online doesn’t work for everyone – about 1.5 million homes in the UK still have no internet access, Ofcom says, and many of this group will be older shoppers. There will also be buyers who will want to see the car first.

Alex Chesterman says online and offline dealers can happily co-exist: “We are at less than 2% digital today and maybe we get 20% digital in five years – that still means 80% of the world carries on doing what they are currently doing.”

However Emma Hull, a 26-year-old who works for Liberty Marketing in Cardiff, says she would not buy online again after a negative experience buying her Audi A1 from a dealership based in Birmingham.

After parting with thousands she then paid £150 for her new car to be delivered. But on arrival she found it was damaged, with more scratches than advertised and a stain on one seat. It was also “really dirty”, she says.

Philip Nothard, insight and strategy director at Cox Automotive, says there has been disruption on the market “where it’s all about online, it’s all about efficiency”, but believes there is still a need for showrooms and demand from consumers to physically see cars.

Peter Smyth, director of Swansway Car Dealers, believes the industry will evolve in to a hybrid system that offers full sales online and in forecourts.

“Most people we find even when they buy online, leave a holding deposit, but in the end they always want to come and inspect the vehicle,” he says.