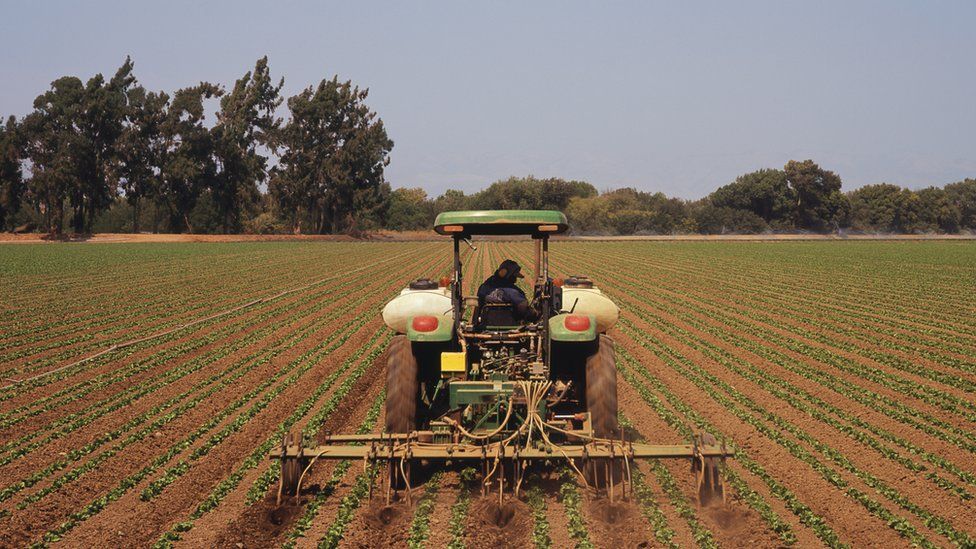 A global shortage of fertilisers is driving up food prices and leaving poorer countries facing crisis, says the boss of a major fertiliser firm.

Fertiliser requires large amounts of gas in its production.

Mr Holsether said Yara had been forced to cut some production due to higher gas prices, which had led to shortages.

The chief executive said developing countries would be hit hardest by the shortages, with crop yields declining and food prices rising.

“It’s really scary, we are facing a food crisis and vulnerable people are being hit very hard,” he told the BBC’s Today programme.

“It’s impacting food prices all over the world and it hits the wallets of many people. But for some people, especially in the developing world, this is not only a question about the wallet, but it’s a question of life or death.”

Less fertiliser, Mr Holsether said, meant farmers in developing countries would not be able to plant as efficiently, leading to smaller crops.

Farmers apply fertilizers to boost yields of crops such as corn, canola and wheat. The process of creating ammonia, which is present in many fertilisers, currently relies on hydropower or natural gas.

The increase in gas prices in recent months has been triggered by several factors which have increased demand, including the unlocking of economies during the pandemic and reduced wind or rain for renewable power.

This has led to a sharp rise in the cost of producing fertiliser, with the price of ammonia – the product Yara International produces more than anyone in the world – up 255% on last year.

Mr Holsether said the situation was “very volatile” and called for support and funding for the World Food Programme “to avoid famine at massive scale”.

He said that last year Yara donated 40,000 tonnes of fertiliser, which resulted in small-hold farms in East Africa tripling their crop yields.

“It says a lot about the impact that fertiliser can have,” he added.