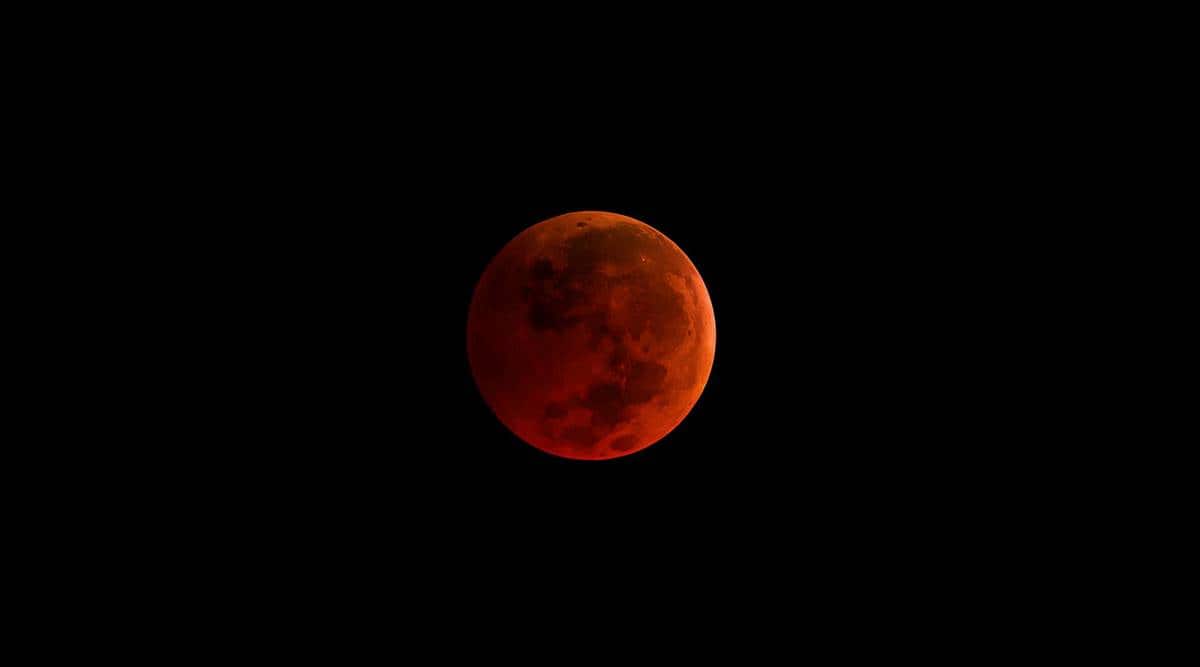 A small part of the moon gets covered by the Earth’s shadow and we can see a faint red Moon, but not a perfect blood moon. A blood moon occurs during a total lunar eclipse. It gets that name as the Moon gets a reddish colour. This change in colour happens as a result that sunlight passes through Earth’s atmosphere before reaching the Moon.

Moongazers unite! The longest partial lunar eclipse of this century will occur overnight, peaking early Nov. 19 at 4:03am ET (09:03 UTC).

Find out what parts of the world will be able to see it: https://t.co/wEuWtoZCMl pic.twitter.com/xtXjwbgvnl

When sunlight passes through the Earth’s atmosphere, the different colours (VIBGYOR) get scattered and the higher wavelength red light is transmitted and it hits the moon giving it a reddish-orange glow.

Ed Krupp, director of the Griffith Observatory in Los Angeles, told The New York Times that for centuries, a moon colored rusty red by the Earth’s shadow has been associated with danger, “a rip in the fabric of order.” He said that cultures around the world have attributed the eclipse to a carnivorous creature devouring either the sun or the moon.

“You can go to any culture and you will find that an eclipse is really bad news, whether it’s the sun or the moon,” he said. “There is that thread of a kind of threat of harm.”

Who can witness today’s eclipse?

The partial lunar eclipse will be visible from North America, South America, Eastern Asia, Australia, and the Pacific Region. Weather permitting, a small part of Arunachal Pradesh and Assam will experience the partial eclipse, and those from Uttar Pradesh, Bihar, Jharkhand can see the end part of the eclipse.

The lunar eclipse begins at 12.48 pm Indian standard time and goes on till 4:17 pm IST.

You can watch the live stream of the eclipse on the YouTube channel of Lowell Observatory and timeanddate.com.