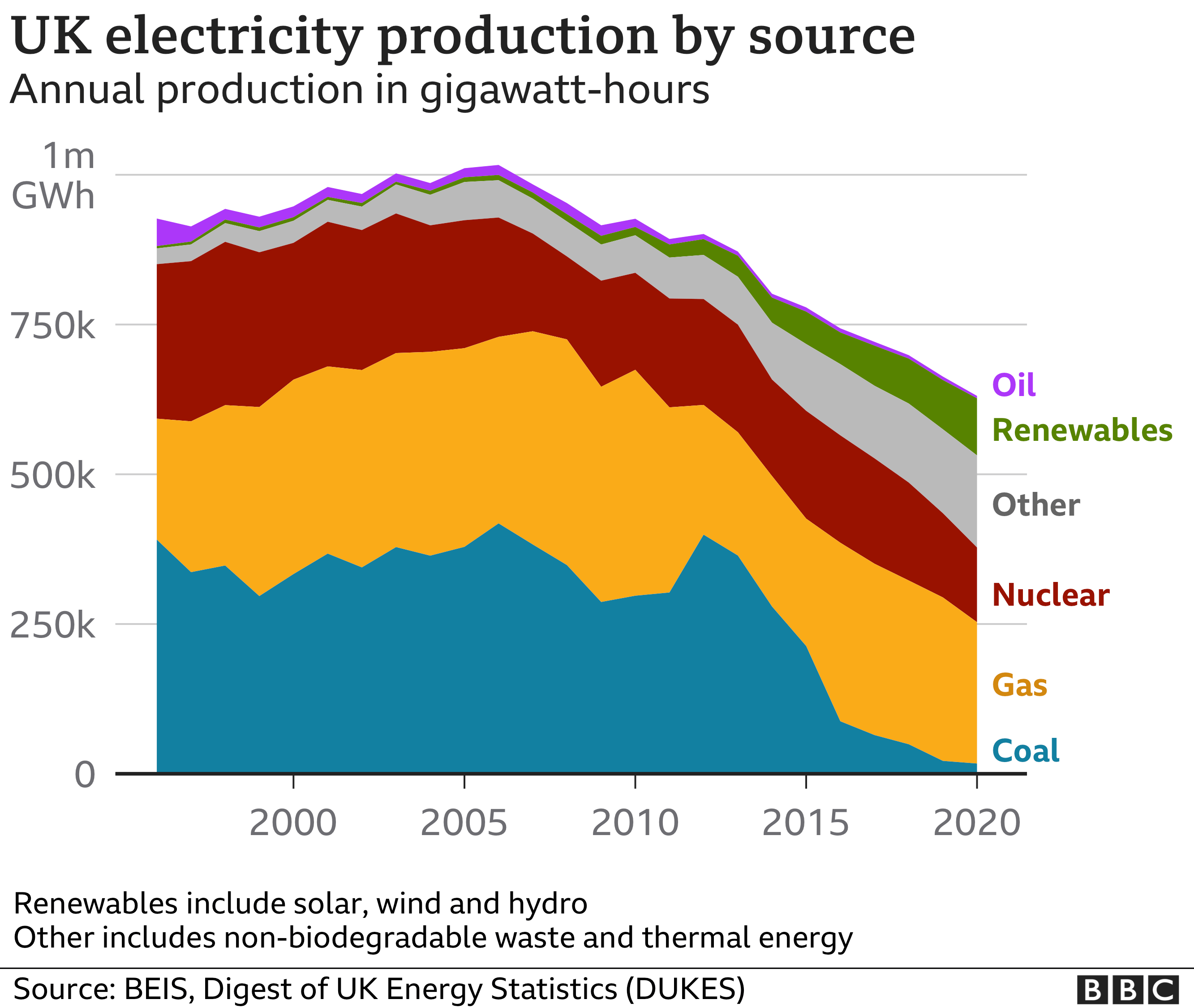 Rolls-Royce is receiving more than £400m from the government and private investors to develop small nuclear reactors.

How does nuclear power fit in with the UK’s plans to meet climate change targets?

What is Rolls-Royce’s smaller nuclear reactor?

Rolls-Royce says one SMR would take up the space of roughly two football pitches, about a tenth of the size of a conventional nuclear plant and would power approximately one million homes.

The company hasn’t announced where SMRs would be built if approved, however, production is expected to be focused in the north of the UK, where there is existing nuclear expertise.

How much power does the UK get from nuclear?

About 16% of Britain’s electricity is provided by nuclear power from 13 reactors, according to the UK government.

But it wants around a quarter of Britain’s energy to come from nuclear by 2025.

Aside from SMRs, the government has backed the construction of Hinkley C in Somerset. It will be the largest nuclear station in Britain, delivering 7% of the UK’s electricity.

There are also proposals for a nuclear plant on the coastline of Suffolk, known as Sizewell C. These have not yet been approved, and local objections remain.

Who uses nuclear power around the world?

In mid-2021, 415 nuclear reactors were operating in 33 countries, according to the World Nuclear Industry Status report. This doesn’t include military reactors, such as those on nuclear submarines.

Together, the “big five” – the US, China, France, Russia, and South Korea – generated 72% of all nuclear electricity in the world in 2020.

They are subject to stringent international safety standards.

But there have been some high-profile accidents, where large amounts of radioactive material were released into the environment.

The worst nuclear accident in history resulted from an explosion at the Chernobyl nuclear power plant in 1986. A tsunami caused by an enormous earthquake flooded the Fukushima nuclear plant in Japan in 2011.

Even under normal conditions, generating nuclear power produces radioactive waste which is hazardous, and needs to be safely managed and stored for hundreds of years.

But a House of Lords paper from October says the issue of nuclear waste remains “unresolved in the UK”.

It’s currently stored in temporary facilities which are not designed for the permanent storage of so-called “high-level” radioactive waste.

The paper says the government’s preferred solution is “geological disposal”, which involves placing waste deep in a rock formation that would prevent radioactivity from escaping.

However, no community has agreed to host such a facility.

How ‘green’ is nuclear power?

The main nuclear fuels are uranium and plutonium. In a nuclear power station, the fuel undergoes a controlled “chain reaction” to produce heat which then drives turbines and generates electricity.

However, like fossil fuels, nuclear fuels are non-renewable energy resources.

Building new nuclear plants of any size also creates emissions – for example through manufacturing the large amount of steel and other materials needed.

The long-term environmental consequences of dealing with nuclear waste are also not clear.

Critics say government investments should focus on renewable power, such as wind turbines and solar panels, instead of new nuclear capacity.

Why is nuclear power so expensive?

Nuclear power plants are extremely expensive to build, which is part of the reason the government is backing Rolls-Royce’s cheaper design.

Each SMR is estimated to cost about £2bn, compared to a large-scale plant like Hinkley Point C, which could cost £23bn, although of course smaller reactors would also generate significantly less power.

However, it means electricity customers may have to pay part of schemes’ costs upfront through their energy bills.

It is thought this funding model bolstered the case for the proposed Sizewell C plant.