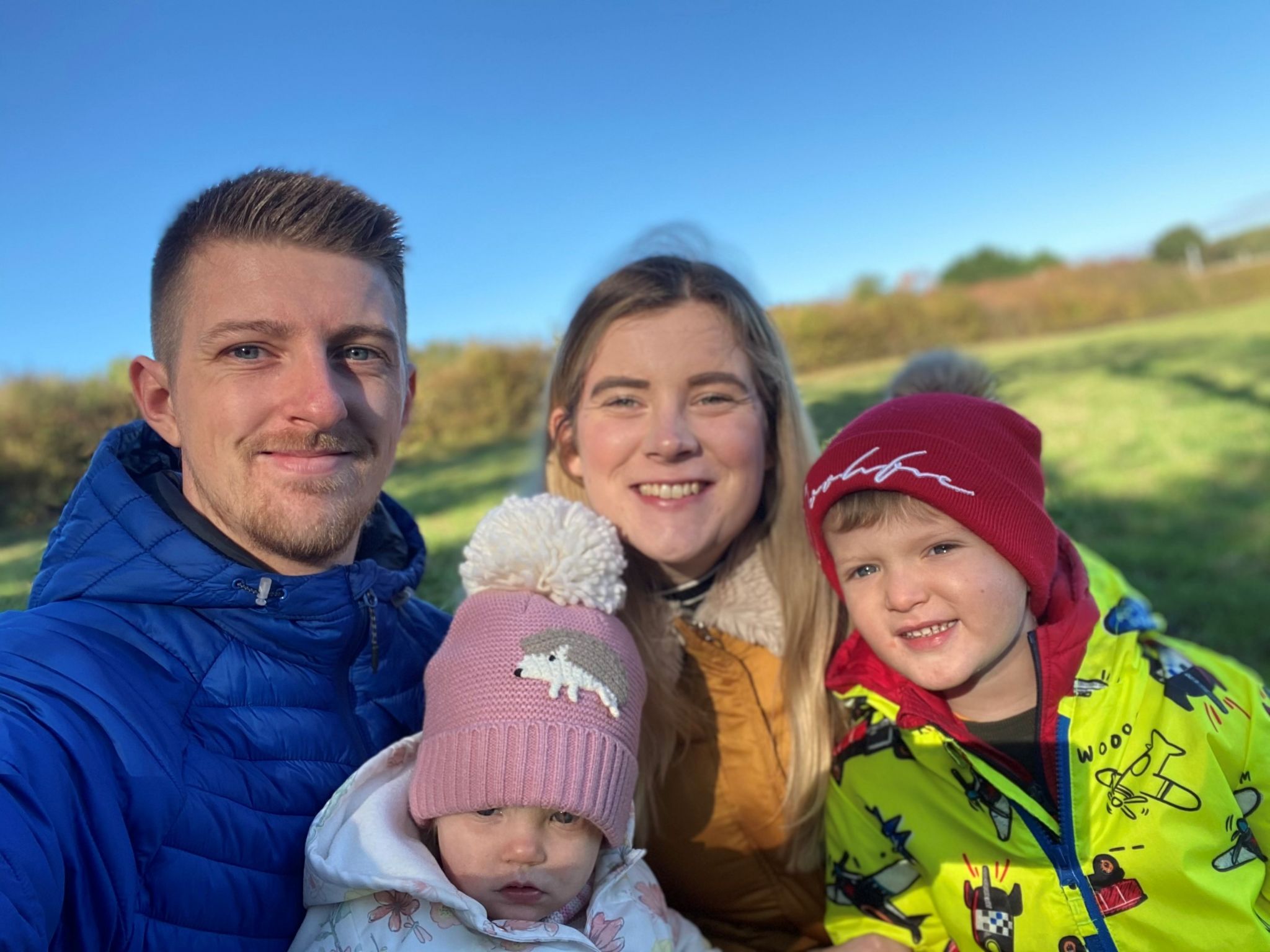 The trauma of giving birth to her first child changed Kayleigh Adams’s life. The birth, in 2017, has left the former triathlete, now 25, with post-traumatic stress disorder (PTSD).

“I have now had to adapt my life to living with a colostomy bag, due to the injuries,” she says.

Previously, Kayleigh, from Lincolnshire, was very active. She had attended antenatal classes but never knew how extreme tearing in childbirth could be, and she did not receive the emotional support she needed.

“I was a triathlete representing Great Britain,” she says. “I came eighth in the World Championships, in 2014, and second in Europe, in 2015.

“People thought that because I was so fit that the pregnancy would be fairly easy. But when I was pregnant, I had no signs of what was to come.”

Royal College of Obstetricians and Gynaecologists vice-president Dr Ranee Thakar has helped develop antenatal-care guidance that, in the 16 maternity units where it has so far been introduced, has led to a 20% reduction in serious tears.

“I see women who have third- and fourth-degree tears and the common story is that they were not told about it at the antenatal stage,” she says.

“It is difficult to measure the psychological impact. The women affected have hospital appointments, investigations, to take time off work, to wear pads, to take medication to alleviate their symptoms – and none of that is measured.”

Kayleigh had planned a water birth – but when she was in labour, in a birthing pool, she was in a lot of pain.

“I was given an epidural,” she says, “and because of this, I wasn’t allowed to give birth in the water. I was in hospital, on the Sunday night, contracting on and off – and my son wasn’t delivered until the Tuesday morning.

“They had to use forceps – he weighed just under 8lbs. After the delivery, I went straight to theatre to be operated on because of my tear. I was told afterwards that I wouldn’t have a natural birth again.”

“Two weeks after my son was born, I was back in hospital because of a bad infection,” she says. “I came out but was admitted again two weeks later with sepsis. This was all happening whilst I had a newborn at home.”

This also made bonding with her son difficult.

“I didn’t feel right for so long,” Kayleigh says. “My baby was with me while I was in hospital but he would be at home sometimes so that I could get some sleep and get better quicker.

“It was difficult to be away from him for those first few months.”

The risk of severe tearing in childbirth increases when:

Two and a half years after her son was born, Kayleigh had a second child, a baby girl. She was prepared for a Caesarean section, as doctors had told her she could not have a vaginal birth.

But once again, she became unwell.

“I was still getting symptoms that I was having before – but they had got worse,” she says.

“My stools were leaking through the front of me and I had constant infections.

“I have been back and forth to various hospitals. Then in September 2020, doctors said that I will need a colostomy bag.

“I don’t know how long I will need it for – I’ll probably have it forever.”

“I met a few other people online and I think birth traumas and stomas are quite common but people are afraid to talk about it.

“A group on Facebook helped me so much. I got information from women who had been through similar scenarios as me.

“I want to raise awareness about how childbirth can lead to PTSD, which is what I have. Even now, my mental health is still not what it was before. I wake up in the night in a sweat and I have daily flashbacks of giving birth.”

Her experience prompted Kayleigh to become a student midwife but while she was studying, staff noticed something was wrong.

“My university referred me to counselling, as they could see how much I was affected by what happened to me,” she says. “I have also had intense therapy from a community mental health team – something that is not offered too much.”

Kayleigh says various agencies involved in pregnancies, from medical staff to counsellors, should be aware of Oasis and how to support women affected.

“There should be more teaching around that and the impact it has on women’s lives,” she says. “Also, follow-ups including counselling should be available.

“Not all tears are traumatic but there should be more involvement from a multi-disciplinary team to help vulnerable women. Women shouldn’t have to fight for the care they need.

“If you think something wrong is happening to you, don’t let the doctors tell you that it is not. Don’t be left wondering if you’re imagining it.”

Anna Clements, the administration co-ordinator of Masic, the only UK charity to focus on third- and fourth-degree perineal tears in childbirth, had fourth-degree tearing when she had her third child.

“I was lucky in that my tear was picked up straight away and I was on the pathway of getting treatment,” she says.

“Cognitive behavioural therapy helped me too. I had made excuses for not going out, as I was anally incontinent, and I lost friends along the way – but you get to know the real ones.

“My colorectal nurse set up a support group in hospital and I met people with the same injuries as me. That’s where I found out about Masic. I felt it was a place where I needed to be.

“I wanted to be an advocate for other women to be respected and listened to and to receive the same treatment as I did.

“To help women, a multi-disciplinary approach is needed, with an ideal model of surgeons, physiotherapists, nutritionists, and psychologists working together to make sure that the women who have been injured get the best quality care.”

While her body heals, Kayleigh plans to take up a new challenge – to raise awareness of Oasis, by swimming Lake Windermere, in Cumbria, next year.

“This journey has had a big impact on all areas of my life and I hope spreading awareness of birth trauma will help women who have been in a similar position as me,” she says.

If you or someone you know has been affected by the issues in this story, these organisations may be able to help: