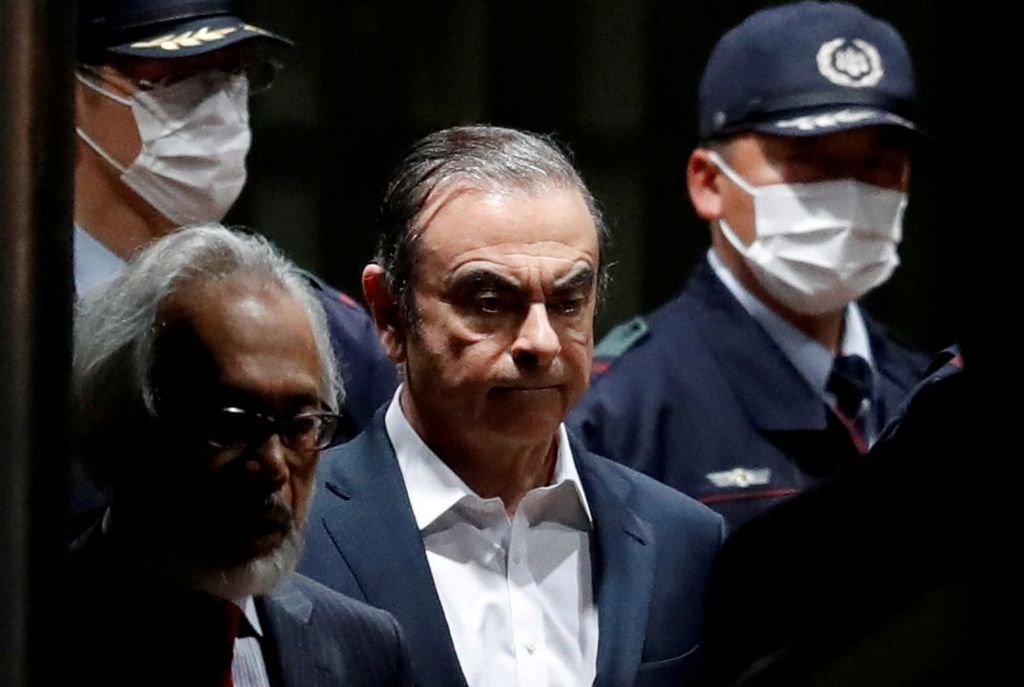 Greg Kelly was arrested in Tokyo in November 2018 at the same time as his former boss.

Both were charged with financial crimes.

But while Mr Ghosn himself escaped from Japan in dramatic style, Mr Kelly now faces a possible jail sentence.

For Dee Kelly, the three years since her husband’s detention have been “devastating” for their family.

At the time of his arrest, Carlos Ghosn was one of the world’s best-known businessmen, and something of a celebrity in Japan. Greg Kelly had a much lower profile.

He was, nonetheless, representative director of the company, a member of the Nissan board, and the right-hand man of the chairman.

“He gave 30 years of his life to that company,” explains Dee.

“He was very dedicated. He never wanted fame or fortune, didn’t want power, didn’t want money – he just really wanted whatever was best for the company, Nissan.”

In November 2018, the two men flew into Japan expecting to attend an urgent board meeting. Instead they were both detained – in Carlos Ghosn’s case, in a blaze of publicity.

They were charged with financial crimes linked to the alleged under-reporting of the chairman’s pay.

Just over a year later, Mr Ghosn escaped to Lebanon – hidden in a box carried aboard a private jet. Like his arrest, his flight created headlines around the world.

In a turbulent press conference, he accused people within Nissan of orchestrating his downfall, in an effort to overturn plans for a merger between the Japanese firm and its French partner Renault.

But once the media furore had died down, Greg Kelly became something of the forgotten man of the affair.

He remains in Japan, and this year went on trial facing charges of financial misconduct, which he denies.

Although he has been allowed out on bail, Dee Kelly says his detention in Japan has had a profound impact on the couple.

“When you’re a young person and you lose three years of your life, it’s sad, you’ve lost three years,” she explains.

“When you’re 62, you’re not looking at much time after that down the road, and to have lost this much of our lives is pretty devastating.

“To Greg and myself, the most important thing in our lives is our family – and we have not been able to see our sons or our grandchildren for two years.

Dee has recently spent time in Washington, trying to generate political and diplomatic support for her husband.

“I think he’s forgotten by some, especially in the media,” she explains.

“When Carlos Ghosn was arrested, he was one of the most famous executives in the world, not only in the automotive industry but in all industry.

She thinks her husband’s trial has become, in part, a trial by proxy of his former boss.

“I think the escape of Mr Ghosn embarrassed people in Japan – and Greg’s there,” she says.

“We would go through days of testimony, weeks of testimony, where Greg’s name really didn’t come up – which was kind of fascinating, since he was the defendant in the courtroom.”

A verdict is expected in a few months’ time. Prosecutors want him to be jailed for two years.