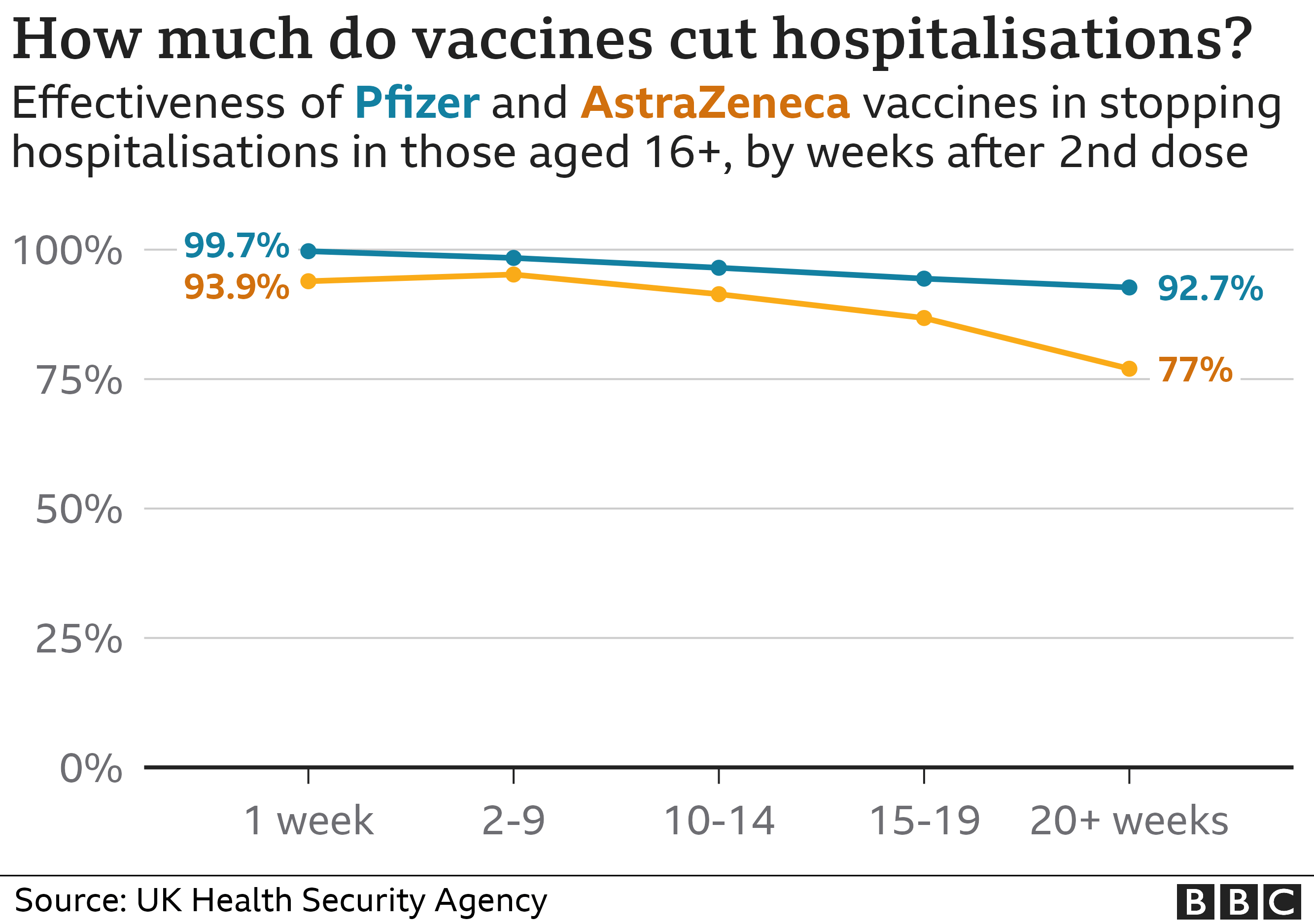 There have been warnings from doctors and the UK’s Health Security Agency that waning immunity is leading to deaths even of people who have had two doses of a Covid vaccine. So how much protection are we left with?

Let’s nail some basics. The immune system has two big roles – to stop us getting infected, and if that fails, to clear our bodies of an infection.

I want you to stretch your imagination and picture your immune system as a medieval castle.

Surrounding the castle is a hostile and ruthless army of coronaviruses desperate to break in.

Your first defence is an outer wall patrolled by a legion of archers. These are your body’s neutralising antibodies. If they can hold the viral army off, then you won’t get infected.

But if the walls crumble and the antibody-archers wander off, then the virus is in. It has stormed the castle and you now have an infection.

Yet all is not lost. There are still troops inside the fortified keep at the heart of the castle. These are your memory B and memory T cells. Like knights on horseback they can rally the troops, lead the immunological charge and send the hostile invaders packing.

The Covid vaccines have been training your body’s troops – this includes both antibodies and those memory cells that react to an infection – to take on coronavirus.

At least one of those defenders is waning and this is not a surprise. This happens after every vaccine or infection.

“There is good evidence that antibodies are waning with time, and that has left us with obvious defects,” says Prof Eleanor Riley, an immunologist from the University of Edinburgh.

The desertion of these antibody-archers from their posts, has been made worse by the emergence of the Delta variant. It is just better at spreading and getting into our body – it’s like a new army rocking up outside the walls, but this one’s brought a cave troll and siege weapons.

You may have noticed the consequences of this yourself – people you know who have been double vaccinated, but have still caught Covid. Research, which has not been formally published, estimates that the AstraZeneca vaccine reduced any form of Covid symptom by 66% shortly afer the second dose. Five months later that figure had fallen to 47%. For Pfizer, the numbers fell from 90% to 70%.

This is obviously an issue for governments trying to contain the spread of the virus. Whether the viral invasion will cause severe damage as it tries to burn and pillage its way through your body now depends on your second line of defence. However, the vaccines are now keeping fewer people out of hospital.

Prof Adam Finn, from the University of Bristol and a government vaccine adviser, says: “We are seeing significant numbers of unvaccinated and vaccinated people coming into hospital.

“The protection you have against relatively mild infection wanes more quickly, but protection from getting into hospital or killing you wanes more slowly.”

The greater risk of needing hospital care or even of dying is concentrated in the elderly. The overwhelming majority of deaths in people who have been double vaccinated have been among those over 70. People in that age group are still far better off than someone who they share a birthday with, but turned down the jab. And as you can see, the risks in younger age groups who have been double vaccinated are small.

The constant onslaught of time ages every cell in our body – including those that make up the immune system. Getting older makes it harder to train the immune system with vaccines, and it is slower to respond when an infection arrives. It may be that now antibodies have waned far enough, this frailty in the immune system is being exposed.

“It’s possible older people initially had protection, but now those antibodies have weakened, they may not have the second line of defence,” says Prof Eleanor Riley.

“That may be why we’re seeing elderly, fragile people dying despite two doses.”

All of this is layered on top of the fact that with age tends to come ill health. Since the start of the pandemic, age has been one of the biggest factors in how likely you are to die of it. The oldest people were also the first to be vaccinated, so their immunity has had more time to wane.

People who start with a weakened immune system, including cancer and organ transplant patients, have a subtly different problem as their bodies do not respond as well to vaccines.

“Their antibodies are waning at a similar rate to healthy people, but they obviously start off at a lower point,” says Dr Helen Parry, from the University of Birmingham

It is worth noting there are important differences between the Oxford-AstraZeneca and Pfizer-BioNTech vaccines that have done most of the work protecting people in the UK.

“They seem to be good at different parts of the immune system,” says Dr Parry.

“The mRNA vaccines (Pfizer) are really potent at antibody formation, the AstraZeneca vaccine is really good at generating T-cell responses.”

To go back to the castle, Pfizer may be better at manning the outer walls with archers to keep Covid out, while AstraZeneca is good for the inner keep.

The good news is that even with waning, these are still exceptionally good vaccines. At the start of the pandemic, people were dreaming of a vaccine that could cut deaths by 50%. Even with waning and in the most at-risk age groups, that protection is still in the region of 80-90%.

“Even the worst cases, six months later, are better than what we hoped for when we designed these vaccines,” says Prof Finn. “They’re still really good.”

The even better news is that there is already evidence that the booster campaign – which has reached more than 11 million people in the UK – is making a difference. Data from the Office for National Statistics shows antibody levels – those first defenders against infection – have gone up again in the oldest age groups.

“Giving a booster to the most elderly is a slam dunk,” says Prof Finn.

Everyone is now closely monitoring the figures to see if this brings down the number of cases and deaths.