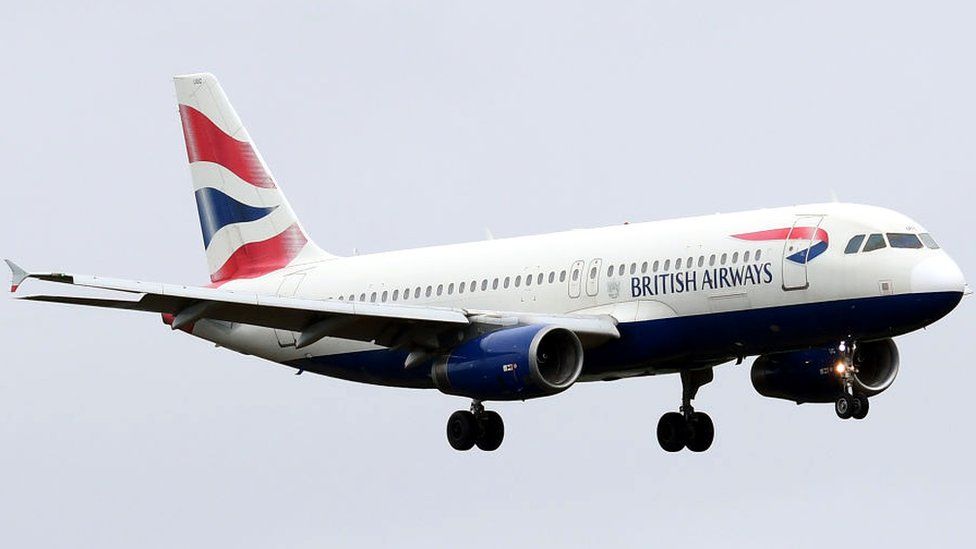 Shares in British Airways-owner IAG and EasyJet have sunk amid a ban on flights from some African countries following the discovery of a new Covid variant.

IAG’s share price dropped by 15% while EasyJet’s fell by 14% in early trading.

The government announced last night that flights from six southern African countries would be stopped temporarily from midday on Friday.

BA said: “We’ll be contacting affected customers with information about their flight.”

It added it was advising passengers to monitor the latest travel advice with the UK government and on the BA website.

From midday, travellers from South Africa, Namibia, Zimbabwe, Botswana, Lesotho and Eswatini will have to self-isolate for 10 days.

People arriving after 04:00 GMT on Sunday will be required to quarantine in a hotel.

Whizz Air’s share price also dropped, down more than 10%, while engineering giant Rolls-Royce, which makes engines for planes, saw its shares drop by 13%.

Sell-offs extended to travel companies such as the cruise group Carnival and Tui.

“Fear has gripped the financial markets with the travel industry flying into another violent storm,” said Susannah Streeter, senior investment and markets analyst at Hargreaves Lansdown.

“With Europe still battling with the surge of a fourth wave of the virus, there are now fears that the highly mutated Covid strain discovered in states in Southern Africa will prompt fresh shutdowns around the world in an attempt to stop its spread, leading to another drag on recovery.”