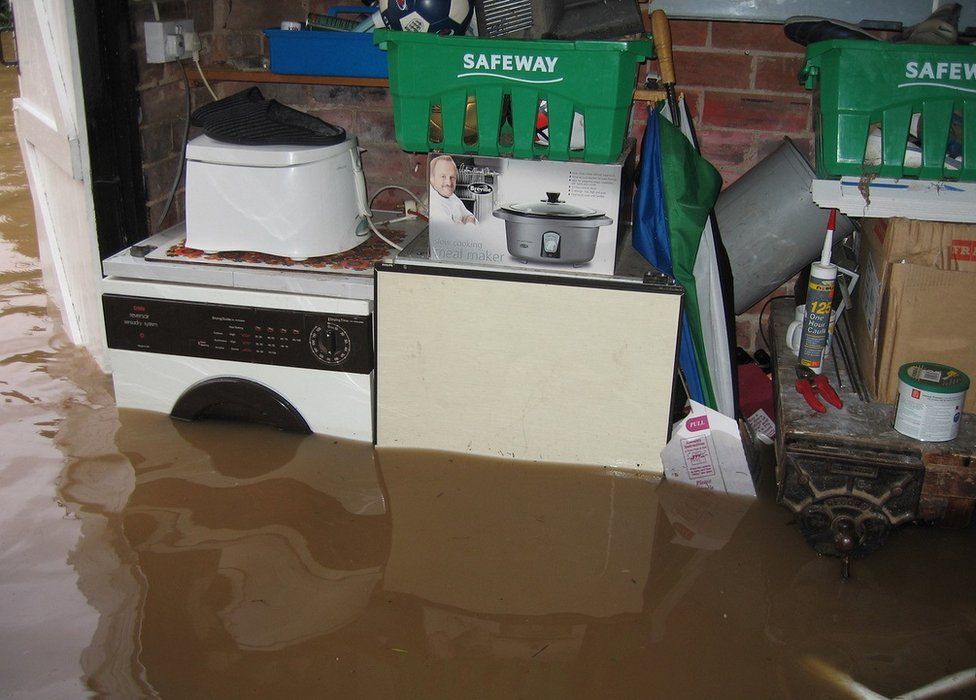 As COP26 ends and world leaders sign off on big picture promises, speakers from the city of Hull were among those having their say at the climate conference. One of several global cities deemed at severe risk from flooding, it was there to share the innovative measures it is using in the hope of keeping its head above water.

Paul Tempest was among thousands of people who had to flee their homes when Hull was hit by almost biblical floods in 2007.

“We saw the water rising in the garden, then while trying to barricade the doors with sandbags the carpet in the hallway started to rise beneath your feet,” he says.

“Water was coming through the air bricks, filling the void and the floorboards. Then everything started to rise.”

He was unable to return to his house in the Cottingham area for a year. Thankfully, his home has not been flooded since. But after a storm surge battered the city in 2013, the threat of further misery from rising water levels is an ever-present worry for many in Hull.

With its rich maritime history, water has been at the centre of Hull’s lives and livelihoods for centuries. But it could equally pose the biggest threat to its existence – a fact the devastating flooding events in recent years has brought into sharp focus.

Home to about 260,000 people, Hull is second only to London in the rankings of UK cities deemed most vulnerable to flooding. Occupying the flat bottom of a low-lying land basin, about 90% of it sits below sea level at high tide, and just 2% is considered not to be at risk from flooding.

It is also surrounded by water. The River Hull snakes through its centre and out into the Humber Estuary – a shipping port and gateway to the nearby North Sea. On the government’s National Risk Register, coastal flooding is second only to pandemics in terms of the “high-consequence” threats facing the country.

“Hull floods in every way it is possible to flood, it’s experienced all the different types,” says Prof Dan Parsons, director of the Energy and Environment Institute at the University of Hull.

“The city sits below the high tide mark, so the city defences keep the tidal water away but it means any water that comes into the city has to be pumped out, including the rainfall and some of the river flows.”

Prof Parsons’ assessment is not theoretical. Within the last 15 years the city has experienced two major floods that affected thousands of people and caused millions in damage.

The first came in 2007 during the UK’s wettest summer on record. Surface water and river flooding affected more than 55,000 homes and businesses across the country.

About one-fifth of those were in Hull.

Thousands were evacuated from their homes on 25 June when the city’s drainage systems were overwhelmed by the deluge. Michael Barnett, 28, died from hypothermia after he became trapped in a storm drain. Nearly all of the city’s 98 schools were damaged, with total flood repair costs across Hull put at more than £40m.

Six years later, in 2013, Hull was hit by a different type of flood, when a storm surge combined with high spring tides to create record water levels along coastlines and in tidal rivers.

The 5 December surge caused 400 properties to flood, with the River Hull’s tidal surge barrier – which prevents water moving upstream from the Humber Estuary – coming within 0.40m (1ft 4ins) of being overwhelmed.

Something more needed to be done. Over the course of 10 years after the 2007 flood, “different agencies spent hundreds of millions of pounds on pumping, drainage, flood defence,” says Lee Pitcher, from the Living With Water partnership. But Hull remained the second most at-risk place in the country.

It became clear a significant change in the city’s flood prevention priorities was needed. At a 2017 meeting inside Hull’s aquarium, The Deep, which sits a stone’s throw away from the tidal barrier, a new approach was agreed.

“It felt like this was the time to do something really different and radical,” says Mr Pitcher, whose group was formed after the meeting by bringing together separate agencies responsible for water management in the city.

Hull joined a support network of five global cities directly affected by water, with the group helping to form a “global standard” for water resilience. Four years on, Mr Pitcher was on-stage at COP26 sharing the city’s new approach with the world.

It works in part by moving away from the grey infrastructure of human-engineered barriers to “blue-green” sustainable systems which often use natural drainage provided by green spaces. “Aqua greens” – natural water traps – have been created across the city, slowing the flow of surface water during downpours and relieving pressure on drainage systems.

“It’s OK that the park is flooded, because it’s supposed to flood when it rains heavily and that’s a good thing as it’s no longer in your home,” Prof Parsons says. According to Living With Water, Hull had the same amount of rainfall in October 2019 as it saw in 2007, but didn’t suffer any flooding.

New housing developments will be told to follow a design guide including water butts to catch water from drainpipes, permeable paving for rainwater and gardens filled with vegetation to soak up rain.

Mr Tempest, who now has multiple lagoon areas designed to catch run-off water near his house in Cottingham, says: “It has taken a long time, but they’re not just blots on the landscape any more.

Mr Pitcher says the unified approach agreed four years ago – which brought in authorities from around East Yorkshire – has helped to drive the changes.

“We’re managing water throughout the system collectively – it doesn’t matter where it came from originally, the fact is it’s water in someone’s garden, potentially in someone’s house, or it’s on the road and it’s holding up traffic,” he says.

“We collectively need to stop that from happening, and that mindset change might sound obvious, but it’s making a huge difference.”

The approach is similar to the “sponge city” concept that is being rolled out in several Chinese cities, where floods could become something residents embrace rather than fear. Education is another key plank of Hull’s strategy, and a “flood curriculum” is being taught in the city’s schools.

Pupil Ellis Thomson, 13, says: “Climate change is important to me as it is happening around me locally and I see it every day.

“It makes me feel quite worried and sad because in a few years, some of the places that I have grown up knowing might be in the sea.”

Chloe Armitage, also 13, adds: “If we don’t get things right now, then what future will there be?”

Despite all its changes, Hull’s unenviable position near the top of the at-risk list stubbornly remains. Thoughts have turned to whether even more radical solutions may be needed. The Environment Agency has warned water levels on the Humber could rise by over 3ft (1m) in the next 100 years, and ideas are being discussed on how best to protect and adapt for the long term.

The Humber 2100+ project is considering not only conventional defences, but more ambitious solutions such as a multi-billion pound Humber tidal barrier four times the size of London’s Thames Barrier.

Other ideas put forward include a lagoon on the estuary to create a giant shield against tidal flooding.

The Shorelines Project, a group which commissions climate change-related murals across the city, says their often provocative pieces may help people consider not only their own lives but those of generations to come.

“It’s about sparking a discussion but it’s also about being hopeful, it’s about making decisions that believe in future generations having a future,” says project director Naomi Luhde-Thompson.

Prof Parsons says: “It’s not about a ‘Venice of the north’ type narrative, there are ways we can manage the risk that are sustainable and lead to a long, prosperous future for Hull but we need to embrace the solutions and bring the communities with us.”