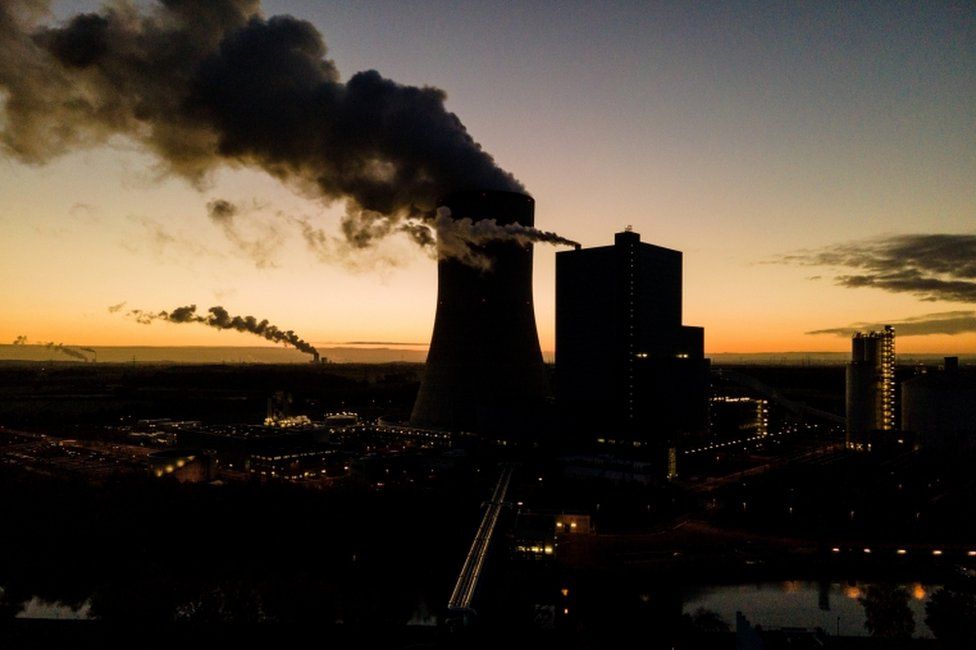 Scientists and leading climate experts have voiced concerns about the outcomes of the COP26 climate conference, in Glasgow.

Those who spoke to the BBC praised the conference for getting countries to agree to meet again next year to pledge deeper emissions cuts. And they welcomed agreements on forests, innovation and especially methane – from fossil fuel extraction and livestock.

But the scientists fear politicians won’t deliver. And they say the hope of holding temperature rises to 1.5C above pre-industrial levels is far too unambitious anyway.

The experts say that with a temperature rise so far of just 1.1C, the world is already in a state of dangerous heating, with record temperatures, wildfires, floods and droughts.

Prof Sir David King, former UK chief scientist,told me: “Of course heating is already at a dangerous level. Greenland is sitting in blue sea for three months losing ice. Temperatures in the polar summer were 32C … the forests were on fire.

“Even if we cut emissions completely we’d still be in a difficult place because of the amount of greenhouse gases in the atmosphere already.”

There’s a similar message from Prof Piers Forster, coordinating lead author for the Intergovernmental Panel on Climate Change. “People are already dying and species are becoming extinct with current temperatures,” he said. “We have locked in centuries of sea level rise.

“1.5C has become the talisman for the safest we can hope for this century. But the more we learn the more we realise there is no safe limit [for emissions].”

The scientists we contacted appreciated that COP offered practical solutions.

There’s relief that after 22 previous COPs, there is at last reference to the need to phase down fossil fuels – although there’s dismay that India and China watered down the wording at the last minute. And there are widespread fears that politicians won’t keep their promises.

Prof Gail Whiteman, founder of Arctic Basecamp, said the summit had produced “mixed results”. She said: “There’s a lot of pretty good pledges on the table – but is there going to be enough action? I don’t know. I’m worried.”

And Prof Tim Lenton, from Exeter’s Global Systems Institute, added: “On the plus side, the coalition of civil society, business, finance, NGOs and others around COP26 is starting to drive real progress.

“But we are still heading for more than 2°C of global warming, which risks triggering multiple climate tipping points [when natural systems collapse because of increased temperatures]. We are still in a climate crisis.”

“We all need to persuade our political leaders to join us in the great transformation,” he added. “The international policy process is moving slower than the climate system.”

It’s that gap – between policy, action and science – that so alarms climate experts.

The UK, for instance, is acknowledged to be a global leader in policy, setting out domestic targets to achieve near zero emissions by 2050.

But the government has consistently failed to reach its previous climate change targets. While it’s lauded for policies such as phasing out conventional cars, it’s failing on home insulation.

It wants to increase flying against the advice of its advisors and it is permitting an oil field near Shetland. It is building more roads and the carbon-heavy HS2.

To the astonishment of the scientists, Chancellor Rishi Sunak didn’t mention climate change in his budget on the eve of COP26.

Too little, too late?

Prime Minister Boris Johnson, meanwhile, continues to insist that carbon cuts can be made by technology alone, with little or no change in behaviour – even though the advisory Climate Change Committee insists that targets for 2030 can’t be hit without a combination of both.

There are similar policy tangles in the US. President Joe Biden is struggling to get his green measures through Congress, and his $1tr infrastructure programme for roads, bridges, airports and ports will produce many millions of tonnes of emissions from the concrete and steel used to make them – as well as the traffic that will be generated by them.

President Biden may have led the pact to cut methane emissions – but he won’t match Mr Johnson’s pledge on cars. And Americans are still buying huge SUVs.

The US climate envoy John Kerry estimates that if nations really apply themselves, temperature rises could be held to 1.8C. The scientists say that’s too little, too late.

Prof Richard Betts, of the Met Office Hadley Centre, told me: “We could still avoid further increases in the impacts of climate change with greater ambition.

“But until we completely stop building up carbon dioxide in the atmosphere, we will still continue the heating of the climate and causing evermore severe risks and impacts.”

Ed Hawkins,professor of climate science at the University of Reading,warned: “There is a slope, which we are already sliding down. The sooner we stop sliding – through deep, sustained and immediate reductions in greenhouse gas emissions – the less severe the consequences will be.”

An even more profound challenge comes from Julian Allwood, professor of engineering and the environment at the University of Cambridge. He told me the solutions being discussed in Glasgow depend on unrealistic amounts of clean electricity, carbon capture and biomass.

“If you compare the amount with what’s available today and any plausible growth rate, there’s no possibility we will have enough of those,” he said.

“We therefore need a different sets of policies such as using half the amount of electricity. We must cut levels of flying, shipping, cement and ruminants because there’s no way of dealing with them”.

This is an unpalatable message for politicians who want to achieve a stable climate by tweaking Business As Usual.