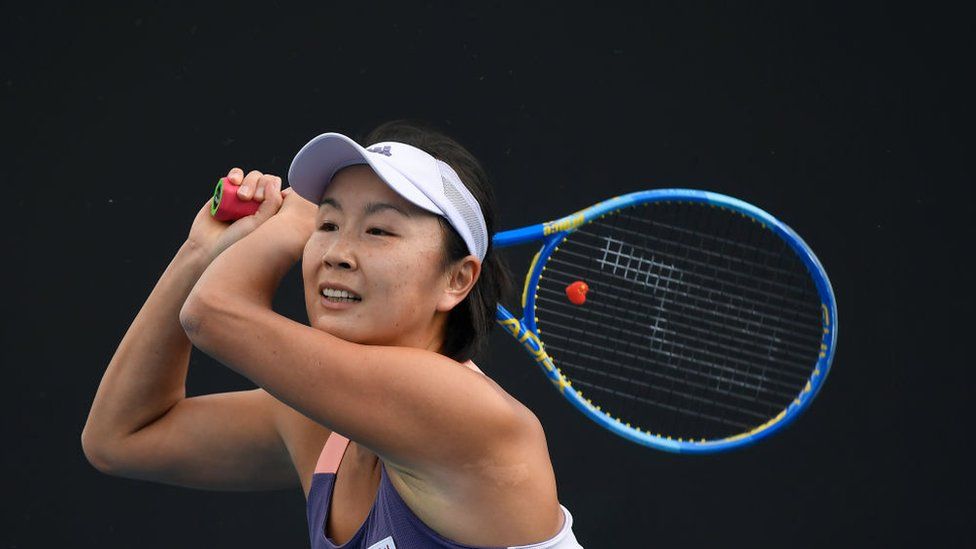 A man claiming to be an associate of Chinese tennis star Peng Shuai has accused the head of the Women’s Tennis Association of allegedly ignoring an email from her.

Ding Li tweeted a screenshot of mail he claims she wrote to WTA chief Steve Simon asking not to be “disturbed.”

The WTA has led a chorus of voices demanding proof of her safety.

Steve Simon has threatened to pull the WTA’s business out of China, which would have a big effect. There are 10 WTA events scheduled to take place in the country next year including the Wuhan Open and WTA finals in Shenzhen.

The Wuhan Open next year will be the first time tennis players have returned to the city since the start of the pandemic.

The UN and US have also demanded information on her whereabouts along with a number of major tennis players including Serena Williams, Naomi Osaka and Novak Djokovic.

China has reacted angrily to the attention, particularly after there was sceptical reaction to a series of photographs and videos that appeared to show all was well with Peng.

The WTA said the recent videos “don’t alleviate or address the WTA’s concern about her wellbeing and ability to communicate without censorship or coercion”.

Days ago, it issued a statement saying “people should stop deliberately and maliciously hyping [the issue] up, let alone politicise this issue.”

Mr Ding’s tweet appeared to echo much of China’s most recent messaging.

The mail he claims was from Peng reads: “At the moment I do not want to be disturbed, and especially [can you] not hype up my personal affairs. I hope to live quietly. Thank you again for your concern”.

Mr Ding has also previously tweeted photos of himself and Peng at a Fila tournament on Twitter.

Little is known about him. He is reportedly a senior executive of a company that organizes sport events and and manages athletes, and his relationship to the tennis star is also not clear.

Peng, 35, is one of China’s top tennis players. In a 1,600-word post on Chinese social media platform Weibo earlier this month, she said former Vice Premier Zhang Gaoli – who is 75 – had “forced” her to have sexual relations with him.