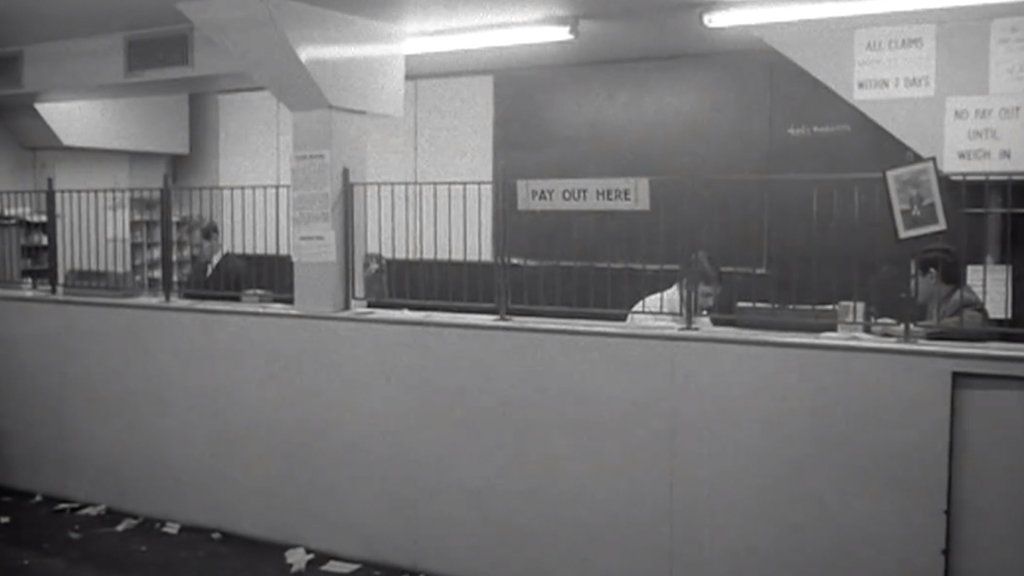 Peter Done talks about his journey from a deprived childhood in Salford in the north of England, to becoming a self-made billionaire, for our business advice series CEO Secrets. He co-founded the betting chain Betfred with his brother Fred Done in the late 1960s, before taking the helm of HR firm Peninsula, which he runs today in Manchester.

Peter Done has an abiding memory from his childhood: a pillow being shoved in his face.

The culprit was Fred, his elder brother by four years. He shared a bed with him until he was 15 in the family’s two-up, two-down in Ordsall, known as the “slums of Salford”. Their two sisters slept in the room too.

“To this day I have claustrophobia from the pillow,” laughs Done junior. “I was probably a bit cheeky and he was bigger than me.”

But it was the successful relationship with his brother that would be the key to his success in life. The siblings found a route out of poverty by building up an empire of betting shops, amassing themselves a billion-pound family fortune, making them a regular fixture on the Sunday Times Rich List.

Both Done brothers left school at 15 with no qualifications.

However, they found employment in a chain of betting shops in Manchester. Like pubs, these establishments thrived in poor areas. They had only been legalised in the UK in 1961. There had been concerns about their social impact, as well as the very morality of gambling.

Done was managing a betting shop at 17 even though he legally couldn’t enter the premises.

The owner valued him for his skill at maths. He looked after the books, mentally number crunching the stakes, profits and losses.

In the late sixties these were intimidating places to work – never mind if you were just a teenager. They were dominated by men and the décor often resembled that of a prison. Things could turn violent, especially after 3pm on a Saturday when people spilled in from the pubs, Done recalls.

“You couldn’t show weakness,” he says, “because then these tough guys would recognise you were an easy touch.”

Both Done and his brother showed a flair for running these places and by the time Peter turned 21 in 1967, the two had their own shop. They bought it from a retired bookmaker for £4,000 – £1,000 of which was a deposit Peter Done had saved up to buy a house with his new wife.

He was happy to take this risk because he already had six years experience in the business behind him, and he always believed he could run a shop better than his bosses, given the chance.

He had learned lessons at 21, that he still values today.

The key thing is always customer service, Done explains, because that’s what brings people back.

“We would call our customers ‘Sir’ and in them days that didn’t happen.

“If a punter had a big win the bookmaker used to throw the money at them and say, ‘don’t come back again!’ whereas we’d say, ‘here’s your money, enjoy it!’

“They were stunned. But we knew they’d come back and over time the bookmaker always wins.”

The brothers also disliked the fact that bookmakers’ shops looked like “hovels”.

“We upped our game, we had carpets.”

The formula proved successful and the brothers slowly bought more shops, with the first few run by their sisters, cementing the family business. By the mid-1980s they had more than 70 Betfred shops.

But it was an incident during this steady expansion that led to Peter Done leaving the betting world behind. The brothers had to settle a case out of court with an employee at a new shop they were taking over.

They felt bruised by the process. This led them to invest in a new business that outsourced HR expertise and covered legal fees on a subscription basis.

This became Peninsula and Peter Done has been its CEO for 35 years now. Its newly-built headquarters are a shiny glass skyscraper and dominate the Manchester skyline just north of Victoria station.

Done’s office overlooks Ordsall, where he grew up. Peninsula has grown steadily over the years, and now has more than 3,000 employees, serving more than 100,000 companies globally, 40,000 of them in the UK.

Recently, the company’s client base has grown by more than 12% during the course of the pandemic, as businesses around the world scrambled to update their HR and safety policies, whether it’s about working from home, social distancing or vaccination rules. Over time, his career gamble appears to have paid off.

However, in the mid-1980s, though the business’s future showed signs of promise, the odds on its success weren’t clear cut, and the brothers had to make a choice. Who would run it?

The decision about who should leave Betfred was decided in true gambler’s style, according to Peter Done.

“Fred said let’s toss a coin, I won it, and he said ‘you go’, before I could say anything,” he recalls, with a smile.

So Peter Done left the running of Betfred to his elder brother, though he remains a major shareholder.

Was the departure about stepping out of the shadow of his older brother, Fred, who’s name, after all, was literally part of the business? Was it about taking a bet on himself?

“First of all, from the early days when he put the pillow over my head, that was it for domination, I could stick up for myself,” says Done, quickly.

Was it then about a desire to leave behind the stigma of gambling, which blights many communities, and especially, as studies have shown, the kind of deprived areas in which he grew up?

Done says that wasn’t the case. “Betting gets a bad name, but the vast majority of people who go in a betting shop do it for fun and do it within their pocket.”

Done’s explanation for turning his back on betting shops is that he simply preferred the odds in the world of HR insurance and he relished the challenge of scaling a new business.

However, he still uses the lessons he learned as a teenager in the betting shops even though his place of work these days could hardly be more different, he says. Peninsula’s multi-level offices are those of a typical call-centre, with banks of people chatting on headsets. Everything is bright and shiny and the walls are covered with motivational slogans. And there are carpets.

“It’s all about renewals and recurring income,” explains Done, when it comes to the odds of the business’s success. The clients signing up to Peninsula are no different to punters in a 1960s betting shop, in that sense. Quality of service determines if someone comes back. And it’s cheaper to renew a customer than to set up a new one.

A piece of business advice that Done has learned in recent years, though, is that you only achieve that good service at scale if you treat your employees well and incentivize them – so he aims for high staff retention and makes it a policy to conspicuously reward those who give good service.

One of his own rewards for his business success is being able to mix with people from Manchester United football club, a team he has supported since childhood. He is a regular at the Old Trafford stadium, along with his brother, mingling with senior figures from the club, both past and present.

One close friend is legendary manager Sir Alex Ferguson, who gave him some memorable advice when they shared a drink on holiday a few years ago, he says: “Keep control and make decisions, even if they are wrong. The worst thing is not to make a decision.”

Peter Done feels his time in business has followed those precepts, not least because his family have kept ownership – and therefore control – of all the businesses they have created. And as for decision-making, he stands by the defining one of his career, even if it was justified by the flip of a coin – by his brother.