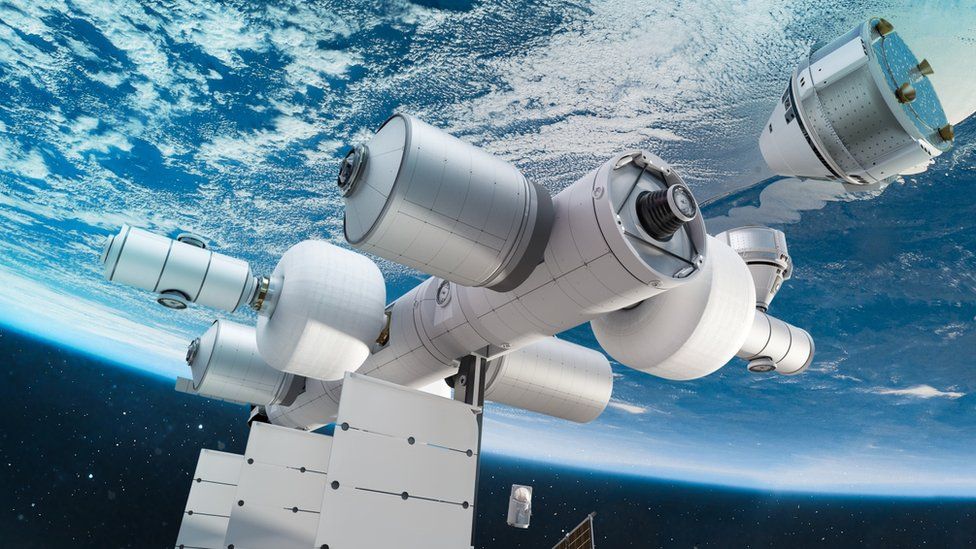 Bosses said on Monday that they hope to operate the station, named “Orbital Reef,” by the end of the decade.

Promotional material released by the company claims the station will be a “mixed-use business park” in space and will host up to 10 people.

The company will partner with Sierra Space and Boeing to build the outpost.

Blue Origin said the 32,000 sq ft station would provide customers with an ideal location for “film-making in microgravity” or “conducting cutting-edge research” and said it would also include a “space hotel”.

At a press conference to launch the initiative, executives from Blue Origin and Sierra Space declined to give an estimate of the building costs, though the project seems assured of heavy funding from Mr Bezos, who has committed to spending $1bn (£726m) a year on Blue Origin.

The announcement comes as Nasa searches for proposals to replace the 20-year-old International Space Station (ISS). While funding for the station has been guaranteed until at least 2030, the outpost is in desperate need of repairs.

Russian officials have previously warned that its cosmonauts could leave the station by 2025 over fears outdated equipment could trigger a major incident.

In response, Nasa announced plans earlier this year to award $400m in private contracts to space companies to help the agency replace the ageing outpost.

However, there is likely to be stiff competition for the funding. Earlier this week, a partnership between Nanoracks, Voyager Space and Lockheed Martin announced its own plans to launch a space station into low orbit by 2027.

But the company has also faced accusations of sexual harassment in the workplace and of turning a blind eye to serious safety concerns from former employees.

Last month it missed out on a lucrative $2.9bn Nasa contract which went to billionaire Elon Musk’s Space X, one of Blue Origin’s chief rivals in the commercial space race.