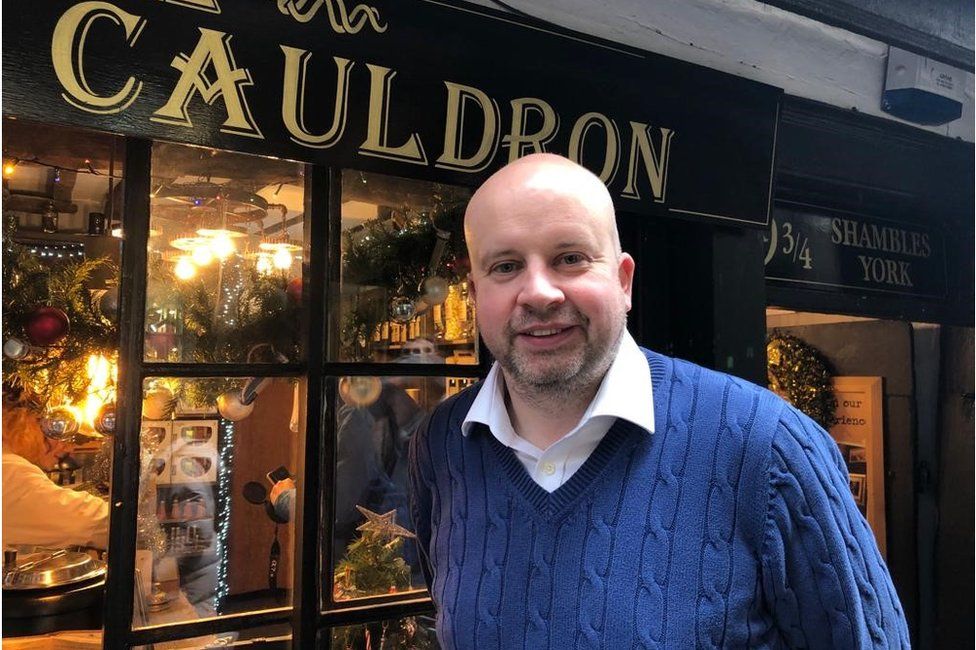 Shoppers are set to splurge on what could be the biggest Black Friday yet, experts say.

But they have been warned to expect less generous discounts and shortages of some products in this year’s sale.

Yet some big brands are shunning the sale, and questions have been raised about the quality of the deals offered.

Black Friday, which began in the US, sees retailers slash prices to entice shoppers ahead of the Christmas period.

It’s officially on Friday 26 November but retailers’ campaigns span the whole month and started earlier than ever this year, with some in October.

PWC predicts about 60% of adults in the UK will make purchases, spending an average of £280 each.

But Linda Ellett, head of consumer markets at analysts KPMG, said deals were likely to be worse this year as retailers struggled with global supply issues linked to the pandemic, and shortages of HGV drivers and warehouse staff.

“As rising costs start to bite hard into margins and supply chain issues impact the availability of goods, it leaves very little room for the mega discounting events we have seen in previous years.”

Black Friday is the first big test for supply chains in the all important “golden quarter” for retailers.

Shoppers have been buying early, worried they won’t get the presents they want if they leave it until the last minute this year.

Black Friday started as a one-day event but is now almost a month long blizzard of promotions.

But expect fewer deals overall this time around amid all the problems over stock availability and labour shortages. Many retailers can ill afford to slash prices when their costs are soaring.

Retailers also want to smooth out demand to try to reduce the pressure on distribution centres where goods are picked, packed and despatched over the big Black Friday weekend.

A lot of businesses have been removing next day delivery options to help them cope.

Some businesses, especially smaller independents, will shun this event altogether.

It may have a lost a bit of its lustre, but Black Friday is still a massive shopping event. And it will probably be the most well organised retailers with scale and the biggest clout over suppliers who will cope the best.

There are concerns some retailers will not be able to meet demand on the day due to staffing issues, leading to long waits for orders to be processed and delivered.

But analysts say most brands have spent months preparing for the sale and will have enough stock – although shoppers won’t always get their first choice of product.

John Lewis told the BBC: “We’ve worked closely with our suppliers and we are confident we’ve got an extensive range of deals across a wide range of categories that represent great value for our customers.”

AO World, which has hired 500 extra drivers ahead of the day, said: “Like all electrical retailers, we are currently unable to get all the stock we need in categories like gaming to meet customer demand largely because of global microchip shortages.

“We are working closely with our partners so that our customers continue to get the exceptional service and range they rely on.”

Metapack, a firm that connects major retailers with parcel delivery services, thinks most retailers will avoid a “perfect storm” but a few could be unlucky.

“We’re also seeing brands moving from offering delivery in 1-3 days to 3-5 to give themselves more time.”

Some big brands such as M&S and Next shunning Black Friday again this year, with M&S saying its focus was on “offering great value throughout the whole season”.

Many independent shops will also opt-out as they can’t afford to offer deep discounts in the vital Christmas shopping period.

Mike Cherry, chairman of the Federation of Small Businesses, urged shoppers to support smaller local businesses who are “pinning their hopes to a bumper festive season” after last year’s restrictions.

He said: “Rather than reaching for the same old brands – where deals might not be all they seem in any case – shop bespoke, receive one-to-one personal service and give some new restaurants, cafes and pubs a try.”

It comes amid warnings of scams during Black Friday and Cyber Monday, the online discount sale on 29 November.

An investigation by consumer rights group Which? found that 92% of Black Friday deals in 2020 were the same price or cheaper in the six months before the event.

“Sometimes sellers raise their prices before a sales period to make it look like a great deal is on offer during the sale,” Katherine Hart, lead officer at the Chartered Trading Standards Institute, told the BBC.

Which? said popular items it found to be the same price or less before Black Friday last year included washing machines, soundbars and TVs.

‘I’m not playing that game’

The Potions Cauldron gift shop in York is one of the independent retailers not taking part in Black Friday.

Manager Phil Pinder thinks it’s an American invention driven by retailers like Amazon who want to “squeeze everyone else out”.

“I read a story saying that some of the electrical retailers are going to run out of stock by Christmas from doing Black Friday deals.

“I’m not playing that game… it seems illogical. I think people have to wake up to the fact the deals aren’t that good a deal.”

The shop, which sells magical themed drinks, sweets and gifts, has been doing well this year but it is struggling with product shortages due to supply chain issues.

Phil says it is missing about £50,000 of stock it hoped to sell before Christmas which is “a real headache”.

His message to shoppers this festive season is buy early: “If you want to get a specific present, go out and get it now. There are probably not going to be many of those last minute sales this Christmas because I don’t think the retailers will have the stock.”