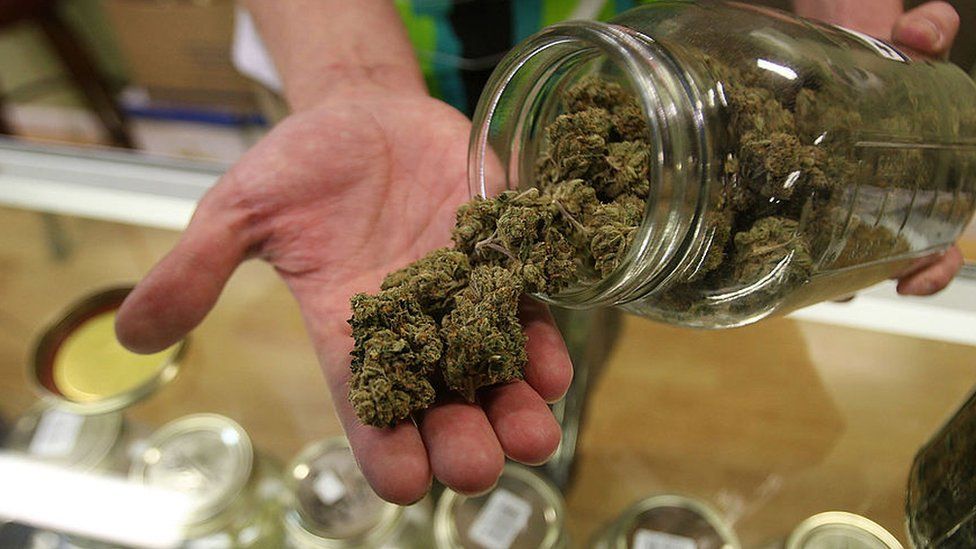 Uber is making its first foray into the marijuana market, as Uber Eats users in Ontario, Canada will soon be able to order cannabis products on the app.

Customers will be able to place orders in a dedicated section of the app for cannabis retailer Tokyo Smoke and then pick them up at a nearby store.

The firm refused to be drawn on whether it will roll out the offering further across Canada and the US.

Canada’s marijuana market is worth around CAD$5bn (£3bn; $4bn) a year.

Uber Eats users will have to verify their age on the app and then will be able to pick up their orders within an hour, the company said.

Under Canadian law, although marijuana use has been legal since 2018, it is still illegal to deliver it.

Uber has had its sights set on the booming cannabis market for some time now.

In April, chief executive Dara Khosrowshahi said the company will consider delivering cannabis once it is permitted under US law.

Despite the sale of cannabis for recreational use becoming legal in Canada three years ago, illegal producers still control a large share of sales. This is something the government has been trying to remedy.

Canada’s cannabis market is forecast to continue expanding in the coming years with industry research firm BDS Analytics expecting sales to grow to $6.7bn by 2026.

“We will continue to watch regulations and opportunities closely market by market. And as local and federal laws evolve, we will explore opportunities with merchants who operate in other regions,” an Uber spokesperson said.

Demand for cannabis products grew significantly last year as people were were stuck at home during lockdowns.