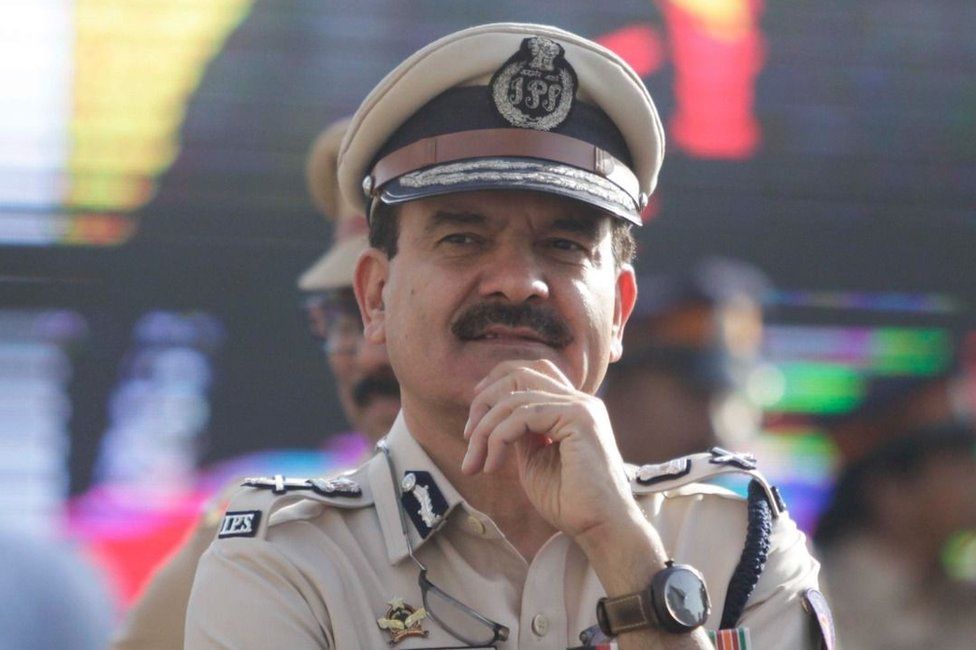 A top Indian police officer who is accused of extortion has resurfaced months after he went missing from Mumbai city.

He reappeared two days after the Supreme Court granted Mr Singh protection from arrest, while ordering him to cooperate in the investigation.

Mr Singh was last seen publicly in May in Mumbai.

It is unclear where he has been since then, but his lawyer told the top court on Monday that Mr Singh had been “very much in India” but was hiding as he was apprehensive about “actions being taken by the state of Maharashtra”, of which Mumbai is the capital.

On Wednesday, various news channels reported that Mr Singh had told them that he was in Chandigarh city, where he has a family home, and would soon return to Mumbai.

The police officer is facing charges of extortion in five cases filed by realtors, hoteliers and bookies in Mumbai.

He had until now refused to turn up for questioning by a panel set up by the Maharashtra government. Instead, his lawyers filed a petition in the Supreme Court, challenging the investigation itself.

Mr Singh’s lawyer asked the court to transfer the investigation from the Mumbai police – who report to the state government – to the Central Bureau of Investigation (CBI), a federal unit.

The two-judge bench did not rule on the petition, but said things were becoming “curiouser and curiouser” in the battle between Mr Singh and his former boss and Maharashtra’s former interior minister, Anil Deshmukh.

Mr Singh was removed from his position as Mumbai’s police chief in March, weeks after an SUV full of explosives was found outside the house of Mukesh Ambani, Asia’s richest man. The case took a more sinister turn when the body of the alleged owner of the car was found washed up in the sea soon after.

Federal detectives then arrested an officer with the elite crime branch of the Mumbai police in connection with the case.

Days later, Mr Singh was removed from his post and moved to head Maharashtra’s home guards, a poorly resourced force which assists the police.

Mr Deshmukh said the transfer was the result of “serious mistakes” made by officers working under Mr Singh.

But after joining his new job, Mr Singh wrote a letter to the government, accusing Mr Deshmukh, of extortion and corruption. The minister denied the allegations but was forced to resign.

In May, Mr Singh went on medical leave, and extended it twice. But then he disappeared and no-one, including his family, seemed to know where he was.