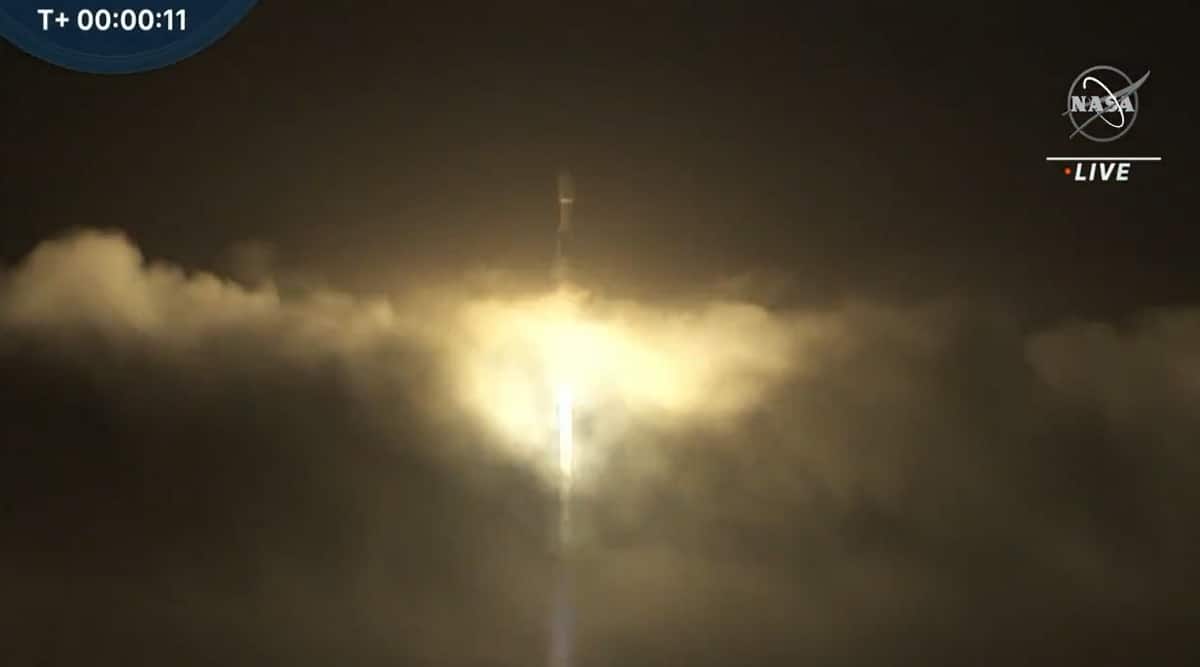 The world’s first planetary defense system called the DART spacecraft was successfully launched by NASA at 10:21 pm Pacific time on Tuesday (11:51 am IST Wednesday) from the Vandenberg US Space Force Base. It was carried aboard SpaceX’s Falcon 9 rocket.

NASA tweeted that about 55 minutes into its flight, the spacecraft separated from the Falcon 9 second stage, and will soon begin to orient itself toward the Sun.

NASA hosted a livestream of the launch on its YouTube channel.

Asteroid Dimorphos: we’re coming for you!

Riding a @SpaceX Falcon 9 rocket, our #DARTMission blasted off at 1:21am EST (06:21 UTC), launching the world’s first mission to test asteroid-deflecting technology. pic.twitter.com/FRj1hMyzgH

The DART spacecraft was built by the Johns Hopkins Applied Physics Laboratory in Maryland at the direction of NASA’s Planetary Defense Coordination Office.

The target of the spacecraft is a small moonlet called Dimorphos which is about 160-metre in diameter.
The spacecraft will collide with it at a speed of about 6.6 kilometres per second or 24,000 kilometres per hour. The collision is expected to take place between September 26 and October 1, 2022.

The moonlet does not pose any threat to Earth and the mission is only to test the new technology. “Carrying out a real-world test on an asteroid with mostly unknown physical properties is a necessary next step to evaluate current models and advance them further to address potentially hazardous asteroids in the future,” NASA says.

Currently, there are over 25,000 Near Earth Objects and no known asteroid larger than 140 metre in size has a significant chance of hitting Earth for the next 100 years.

#ExpressEditorial | No Armageddon: NASA is launching a test mission to alter path of an asteroid. Doomsday movies of ’90s underestimated scientists. https://t.co/tNV1kcEsz4

According to NASA, DART’s Mission Objectives are:
*Demonstrate a kinetic impact with Dimorphos.
*Change the binary orbital period of Dimorphos.
*Use ground-based telescope observations to measure Dimorphos’ period change before and after impact.
*Measure the effects of the impact and resulting ejecta on Dimorphos.

In a podcast with Planetary Radio, Nancy Chabot, DART Mission Coordination Lead and Planetary Scientist for Johns Hopkins Applied Physics Lab explained that Didymos is a perfect system for the test mission because it is an eclipsing binary which means it has a moonlet that regularly orbits the asteroid and we can see it when it passes in front of the main asteroid.

After the impact, the study team will measure how much the asteroid has been deflected using various telescopes on Earth.