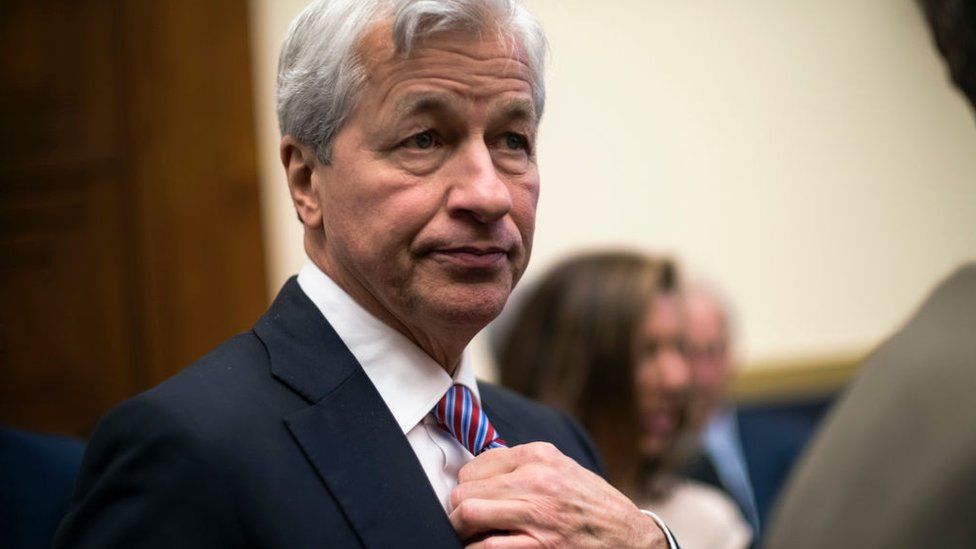 The comments, made at a US event, sparked anger in China, with experts warning they could jeopardise the bank’s ambitions in the country.

Mr Dimon said: “I regret and should not have made that comment,” in a statement issued on Wednesday.

He added he was only to trying to “emphasise the strength” of the bank.

Academics suggested the quick apology was aimed at containing the fallout.

In August, JP Morgan won approval to become the first full foreign owner of a securities brokerage in China.

‘I bet we last longer’

Mr Dimon made his original remarks at Boston College on Tuesday, where he was taking part in a series of interviews with chief executives.

“I made a joke the other day that the Communist Party is celebrating its 100th year – so is JPMorgan,” he said.

“I’d make a bet that we last longer,” he told the event. “I can’t say that in China. They are probably listening anyway,” he added.

It sparked a swift reaction, with Hu Xijin, editor of the state-backed Global Times newspaper, saying on Twitter: “Think long-term! And I bet the CPC [Chinese Communist Party] will outlast the USA.”

Chinese foreign ministry spokesman Zhao Lijian said at a news conference on Wednesday: “Why the publicity stunt with some grandstanding remarks?”

Mr Dimon apologised on Wednesday, saying: “I regret my recent comment because it’s never right to joke about or denigrate any group of people, whether it’s a country, its leadership, or any part of a society and culture.

“Speaking in that way can take away from constructive and thoughtful dialogue in society, which is needed now more than ever.”

Global executives typically choose their words carefully when discussing China, where foreign companies have occasionally been subject to a backlash for perceived offences.

Swiss bank UBS ran into trouble in 2019, after a remark by one of its senior economists about food inflation and swine fever was interpreted as a racist slur.

He was suspended for three months and UBS lost a lucrative financial contract with a state-backed client.

“Dimon’s apology shows the degree of deference foreign businesses have to show to the Chinese government in order to remain in its good graces and maintain access to the country’s markets,” he said.