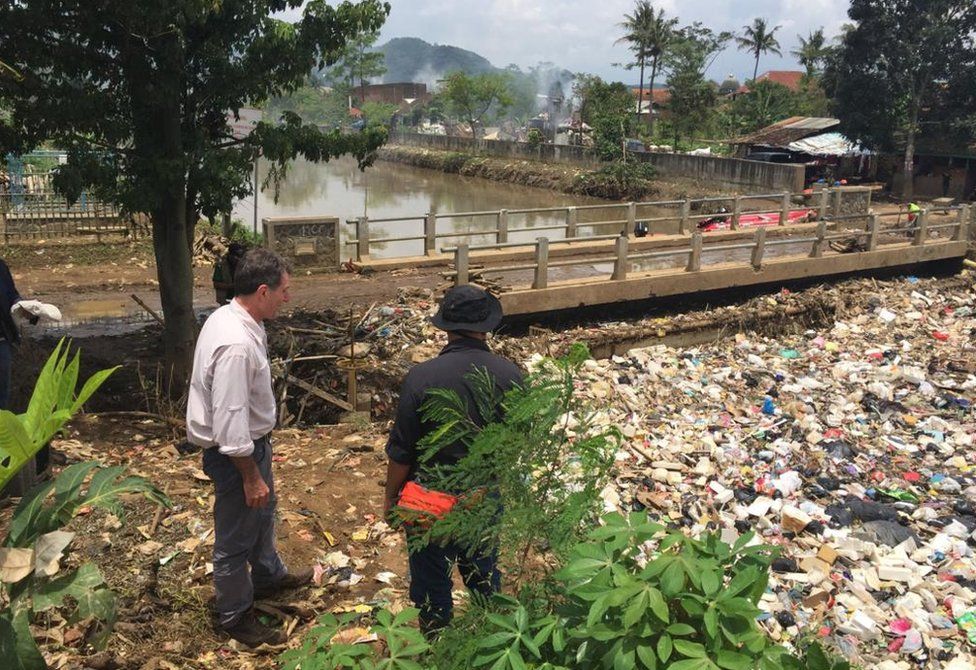 As he leaves the BBC after decades of reporting, the BBC’s science editor David Shukman reflects on how climate change became our most pressing problem – and how he’s witnessed the natural world itself drastically altering.

His face was flushed and his voice was loud. You’re making it all up about global warming, a man shouted as he approached me. We were in the Royal Society, the UK’s leading scientific academy, and a panel discussion about climate change had just finished. It’s nothing to do with carbon dioxide, he bellowed, before security guards led him away.

Climate change has aroused passionate debate because it raises questions about our lifestyles and modern economies. And in the early days of my reporting, the picture was not as clear as now. The basic physics had long been understood: that adding certain types of gases to the air will trap more heat.

But nearly 20 years ago, the United Nations climate science panel was still cautious, saying it was “likely” not “certain” that human activity was driving up temperatures.

Researchers were gathering more evidence all the time and I witnessed much of their work: in a crevasse in Antarctica where bubbles of air, trapped in the luminous blue ice, held clues about the ancient atmosphere; watching an Oxford professor kneeling in the Kalahari desert to count grains of sand to calculate how far the dunes might spread with global warming; and riding an armoured vehicle through Siberia to research how the permafrost is melting.

And this fieldwork, combined with data from satellites and results from models run on supercomputers, led to a landmark conclusion recently: that it’s now ‘unequivocal’ that it’s us heating up the planet.

At the same time, the implications of a more hostile climate were becoming clearer. A rise in the global temperature of up to 2C used to be thought of as “safe”. And on my first trip to the Greenland ice sheet, in 2004, researchers were talking of the melting ice as more of a problem for the future. That was soon to change.

We now know that a rise of just over one degree is proving dangerous. And returning to the same spot in Greenland 15 years later was a shock. Where towering cliffs of ice once stood there was now bare rock. The remaining ice seemed diminished. In the mild temperatures I felt uncomfortably hot while meltwater was pouring into the ocean, raising its level.

And this creates a profound unfairness about climate change. While a city like London can defend itself with the gleaming steel of the Thames Barrier, many communities around the world are unprotected.

In Gabura, on the coast of Bangladesh, a feeble embankment was breached by a storm and, when we visited back in 2009, the village was being flooded every high tide. We waded into the water to film a large and desperate crowd using mud to try to hold back the sea.

There was no other option. You might think international aid would have made a difference over the past decade or so. It hasn’t. Seawater is still poisoning the wells and the fields. There are sandbags on the embankments now but they’re no guarantee as the level of the sea keeps climbing, as distant Greenland loses its ice.

Like all developing countries, Bangladesh was told 12 years ago that by now there’d be a steady flow of a guaranteed amount of finance from the richest nations. It’s a promise that’s remained unfulfilled. And this was a major source of contention at the COP26 climate conference.

There is a pattern at many of these annual events – and I’ve now been to 10 of them.

Global leaders make emotional speeches about saving the planet but then leave their negotiators to protect national interests by haggling aggressively over each line. In Glasgow, the trickiest tussle was over coal, with India and China demanding that the words “phasing out” were altered to “phasing down”.

The COP26 president Alok Sharma had to hold back tears. The pressures of corralling nearly 200 countries are intense. At a conference in Bali, the chair actually broke down. And at another gathering, in Copenhagen, many African delegates walked out in protest. Meanwhile the gases raising temperatures have been steadily increasing.

Yet there are some positive signs. When I first watched a windfarm being built, it was a slow process and very expensive, and the idea of planting turbines out at sea seemed outlandish. Now both wind and solar power are far cheaper and are therefore more plausible and attractive to investors. So are batteries. The giant car makers are having to go electric.

Most countries – and many companies – have committed to being carbon neutral by the middle of the century. Some are more sincere about this than others. But greater scrutiny and more public awareness mean there’s less room to dodge and hide. It’s becoming harder to greenwash. And the annual conferences, for all their watering-down of final conclusions, do provide momentum and a sense of direction.

So along with feeling despair at the damage that extreme weather is causing to the most vulnerable people, I’m also inspired by a new level of engagement, a surge of clever innovations and a younger generation mobilised and determined to find a way through.

Humans can be staggeringly short sighted but also ingenious when faced with real trouble. At the very least, there’s always another conference.