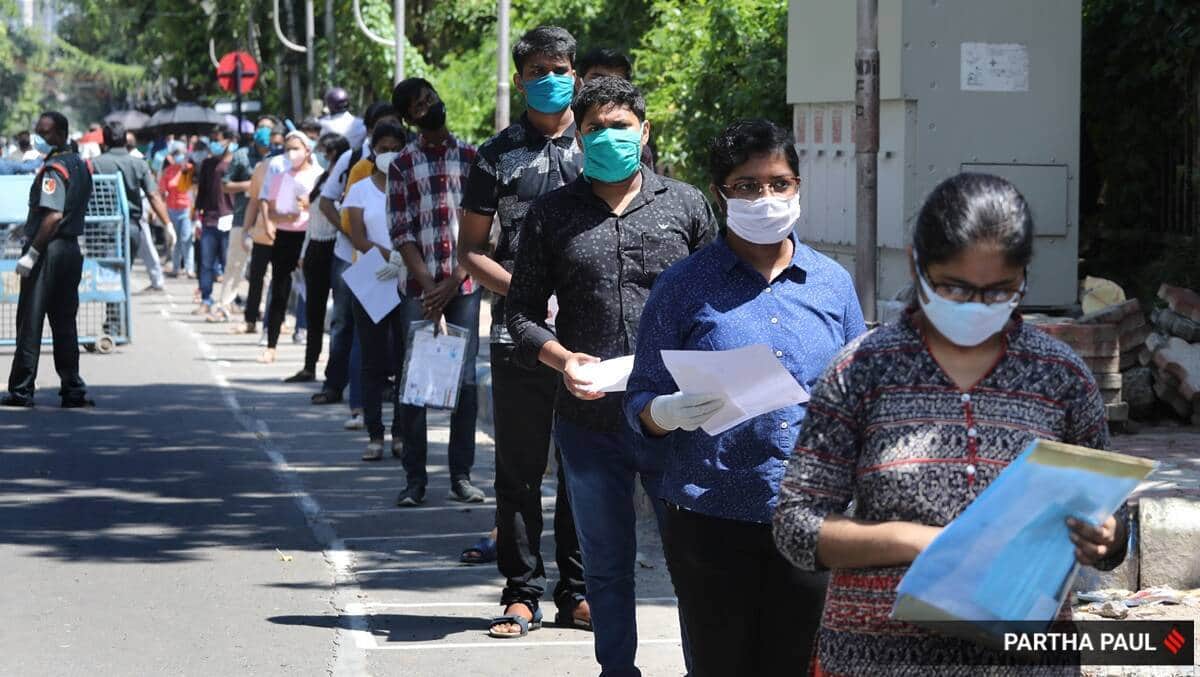 As scientists planned an expedition in Mexico this fall to count one of the world’s most endangered animals, a shy porpoise called a vaquita, they dreaded the possibility that there would be none left to find. The last survey, in 2019, estimated that only about 10 remained.

At the same time, fishermen in the area were preparing to set out with the illegal nets that scientists say are driving the porpoises to extinction: walls of mesh that hang upright below the surface, up to 20 feet deep and stretching the length of several football fields.

Called gill nets, they trap shrimp and fish. They also entangle vaquitas, drowning the mammals. Researchers say the nets are the only known cause for the species’ catastrophic decline, but getting rid of them has turned out to be a challenge.

Amid a global biodiversity crisis, with an estimated 1 million species threatened with extinction, the story of the vaquita shows how even obvious solutions — in this case, putting a stop to illegal fishing — require political will, enforcement and deep engagement with local communities to meet the needs of both people and animals.

“The government still hasn’t given us a solution or an effective way to support our families without going out to fish illegally,” said Ramón Franco Díaz, president of a federation of fishing cooperatives in San Felipe, a town alongside the vaquitas’ habitat. “The children need food and clothes.”

Early results from this year’s vaquita survey, completed in early November, show that the animals still exist, but on a knife’s edge. Marine mammal experts say a recovery is possible, but only if their habitat is free of gill nets.

Instead, illegal fishing in the area is widespread and happening in plain view. Even as a team of scientists from Mexico and the United States arrived in San Felipe for this year’s count, it appeared to continue unabated.

The vaquita population has plummeted from an estimated 600 individuals in 1997 to around 10 in 2019. But examples exist of endangered species climbing back from similarly tiny numbers, and the 2019 survey documented three healthy calves among the remaining porpoises. Since then, at least one vaquita has died in a gill net, according to advocates.

“They’re going extinct because of human activities, even though it could be avoided,” said Jorge Urbán Ramírez, a biologist who runs the marine mammal research program at the Autonomous University of Baja California Sur. “It’s not a priority.”

To protect vaquitas, a Mexican government order prohibits gill nets in much of the upper Gulf of California, the only place where the mammals live. Another bans all fishing in a far smaller section of the gulf, officially called the zero-tolerance area, where they’ve been spotted in recent years.

But in San Felipe, it’s as if the rules don’t exist.

This fall, fishing boats openly carrying gill nets were waved into the gulf by members of the Mexican navy. On Nov. 3, scientists counted 117 fishing boats in the off-limits area in a single day, according to a report obtained by The New York Times.

Referring to the zero-tolerance area, which covers about 7 miles by 15 miles, the text of the order “prohibits the navigation of any type of vessel within this zone, except for surveillance, investigation or net-recovery boats.” It also states that “fishing of any kind is prohibited.”

Jonathan White, a conservationist who raised money to help fund the survey project, was aboard one of the vessels for part of the research period. On two different days in October, he said, he counted more than 65 fishing boats, the number designated to trigger the highest level of crackdown, in the zero-tolerance area. Instead, he saw no enforcement at all. “It’s so egregious,” White said.

Similarly, on that day in early November when scientists counted more than 100 boats in the zero-tolerance area, there was no sign of enforcement, according to the scientists’ report.

Asked about the apparent lack of action, the chief of public affairs for the navy, Rear Adm. José H. Orozco Tocaven, said officers were adapting the rule to the social needs on the ground, effectively allowing the presence of up to 65 boats in the zero-tolerance area. They had never seen more than that, he said. But he acknowledged the overall lack of enforcement. “We are trying to avoid confrontation,” the admiral said, citing previous riots and unrest.

Over the past decade, demand for a large fish called the totoaba has made the situation particularly volatile. All fishing for totoaba, which is also endangered, is illegal. But its swim bladder commands high prices in China for perceived health benefits, and the trade has attracted organised crime. While many local fishermen steer clear of totoaba, the temptation for big money is strong.

On Sunday, the authorities announced the arrests of six people in connection with totoaba trafficking.

All gill nets are dangerous for vaquita, scientists say, but the ones used for totoaba are particularly lethal because the two species are about the same size.

With the permission of Mexican authorities, two advocacy groups, the Whale Museum and the Sea Shepherd Conservation Society, used to patrol the gulf to remove unattended gill nets. This infuriated fishermen, who often take out loans to buy the gear. In recent years, confrontations became increasingly violent, with fishermen swarming the larger ships at sea and sometimes shooting at them.

A fisherman died after his small boat collided with a Sea Shepherd vessel in one such episode in December. A group led by totoaba fishermen rioted, according to Orozco and advocates, burning a high-speed navy interceptor boat, another boat and some vehicles. Now the conservation groups are no longer allowed to remove nets, only to report them.

Rodrigo López Olivo, who uses gill nets to catch shrimp and other legal species, recalled seeing vaquitas a handful of times over his 20 years on the gulf. He found the porpoises beautiful, he said. But he doesn’t see a future for them.

“How are you going to let a town die to care for six animals?” López asked.

‘You have to give them a fighting chance’

Autopsies have shown that vaquitas found dead in the gulf tend to be fat and healthy, except for the foam in their lungs that reveals their cause of death: drowning.

In 2017, scientists tried to bring some into captivity, but they abandoned the effort when the porpoises became so stressed by contact with humans that one died.

Barbara Taylor, a biologist with National Oceanic and Atmospheric Administration Fisheries who has worked on vaquita conservation for decades, said the few remaining porpoises may have a predilection for avoiding nets. “The ones that are out there are survivors,” she said. “But you have to give them a fighting chance.”

Recent studies show that the long-isolated species is naturally resilient to low genetic diversity, meaning that health problems from inbreeding, often a danger in diminished populations, are less of a concern.

The United States has already banned seafood from the Upper Gulf because of the vaquita situation, and officials are considering further measures. “This is something that we are very serious about,” said Kelly Milton, assistant U.S. trade representative for environment and natural resources. “Losing the vaquita would be devastating.”

Shrimp from San Felipe is currently shipped to other Mexican states, though, and some locals say it’s likely that the catches are getting mixed and the banned shrimp is ending up in the U.S. anyway.

Over part of the last decade, fishermen received a stipend to stay off the water. But after Mexico’s current president, Andrés Manuel López Obrador, assumed office in 2018, that program ended, and authorities have tolerated gill nets, local fishermen say.

“The vaquita’s demise represents a gross and encompassing failure by the state of Mexico and its institutions,” said Randall Reeves, chair of an international scientific panel created by the International Union for Conservation of Nature to assess the global status of whales, dolphins and porpoises.

When asked to comment for this article, Mexican environmental officials said in a statement that “the Mexican government emphatically reiterates its desire to care for and preserve the natural biodiversity of our country, and particularly cares for and seeks the conservation of the vaquita.” At the same time, they said, it was necessary to take into consideration “the well-being of fishing communities.”

However, a small team trying to fish with alternative nets has faced roadblocks. The method catches less, but some fishermen think it could make economic sense if they could sell sustainable shrimp at a premium. No such market has been developed in the area, and this season they have not been able to get permits for the special gear.

Some in the community refuse to give up on a species they see as part of their national heritage. Ismael Angulo, who grew up in a fishing family, remembers a day in 2004 when his father, Leonardo, who died in 2016, brought home a vaquita that he said he had found floating dead in the water.

“It was almost like finding a mermaid,” Angulo said. His uncles and cousins came over to see the creature, and they posed for pictures. Years later, when he saw a debate on social media about whether vaquitas existed at all — some locals think they are a myth — he posted the photo. Some fishermen got angry with him for supporting the scientists’ position, he said, but he did not delete the post.

“As the son of a fisherman, I want a solution both for the fishermen and for the species,” Angulo said.