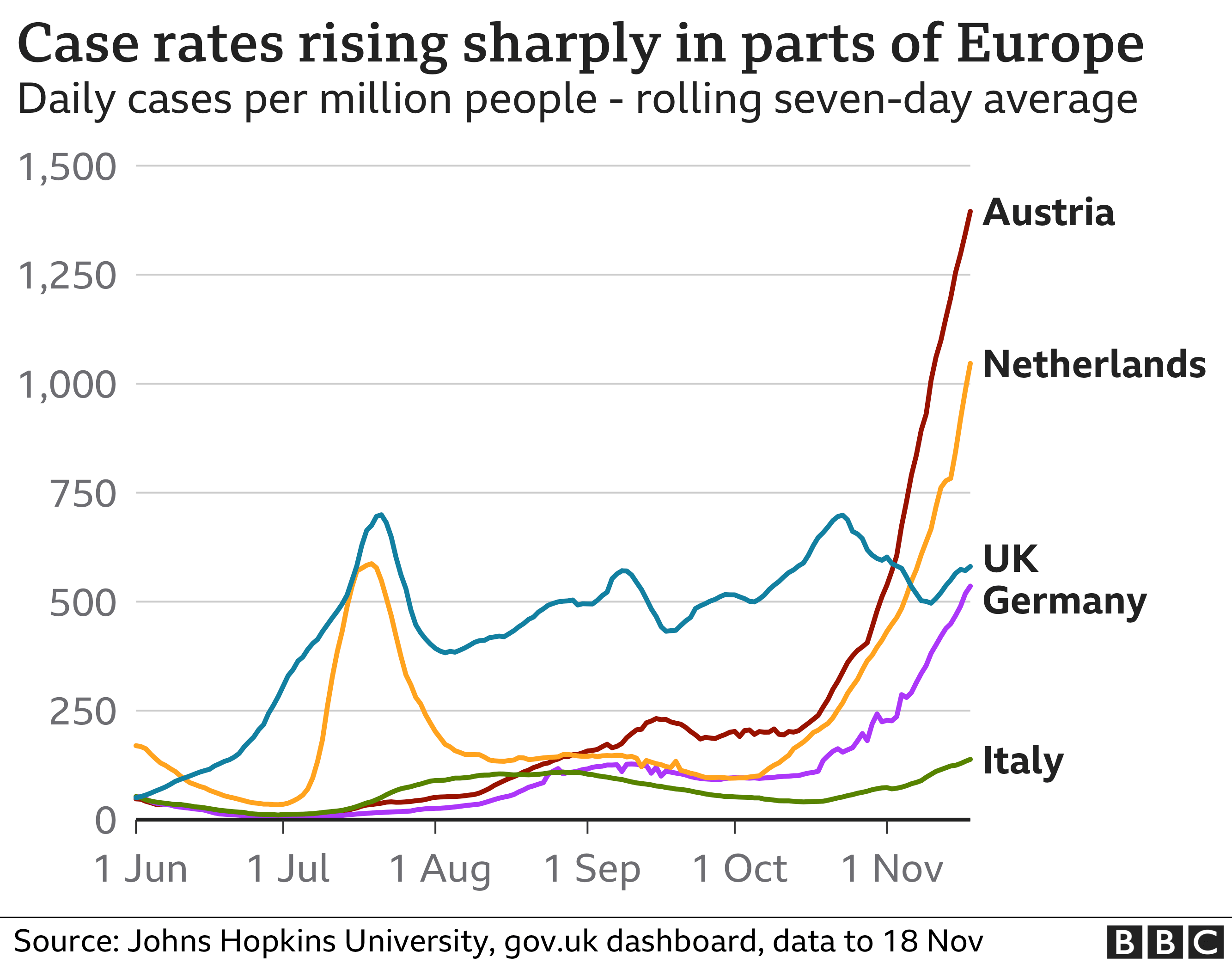 The World Health Organization is “very worried” about the spread of Covid-19 in Europe as the continent battles a fresh wave of infections.

Speaking to the BBC, regional director Dr Hans Kluge warned that 500,000 more deaths could be recorded by March unless urgent action is taken.

Dr Kluge said factors like the winter season, insufficient vaccine coverage and the regional dominance of the more transmissible Delta variant were behind the spread.

He called for increased vaccine uptake and the implementation of basic public health measures and new medical treatments to help fight the rise.

“Covid-19 has become once again the number one cause of mortality in our region,” he told the BBC, adding “we know what needs to be done” in order to fight the virus.

Dr Kluge said mandatory vaccination measures should be seen as a “last resort” but that it would be “very timely” to have a “legal and societal debate” about the issue.

“Before that, there are other means like the Covid pass,” he said, adding that this is “not a restriction of liberty, rather it is a tool to keep our individual freedom.”

Austria on Friday became the first European country to announce that Covid-19 vaccination would become a legal requirement. The new rules are set to come into force in February, as details of how the measure will be enforced are still being discussed.

The announcement, alongside that of a new national lockdown was made in response to record case numbers and low vaccination levels.

Austrian Chancellor Alexander Schallenberg said it was a difficult decision to take in a free society, but that the jabs were “the only exit ticket we have to break this vicious circle”.

“It’s a problem for the whole society because even those that are vaccinated, if they don’t have access to an intensive care unit because they’re blocked by those who are not vaccinated and got sick, so then they are affected as well,” Mr Schallenberg told the BBC.

On Saturday, tens of thousands of people protested against the new measures in the capital Vienna. Many waved signs with slogans such as “no to vaccination” and “enough is enough”.

Many other European countries are also imposing new measures as cases rise.

Countries including the Czech Republic and Slovakia have also announced fresh restrictions on unvaccinated people as record infection rates are recorded across the continent.

Overnight, violent rioting erupted in Rotterdam in the Netherlands over new Covid-19 measures. Hundreds of protesters had gathered to show their anger at government plans for more restrictions.

In Germany, Health Minister Jens Spahn described the situation as a “national emergency” and refused to rule out another national lockdown.

The government has consistently said it has no plans for another lockdown for England, but has said it could bring in extra Covid measures – known as Plan B – to protect the NHS. These would include mandatory Covid passports for some indoor venues, compulsory face coverings in certain indoor settings and advice to work from home.