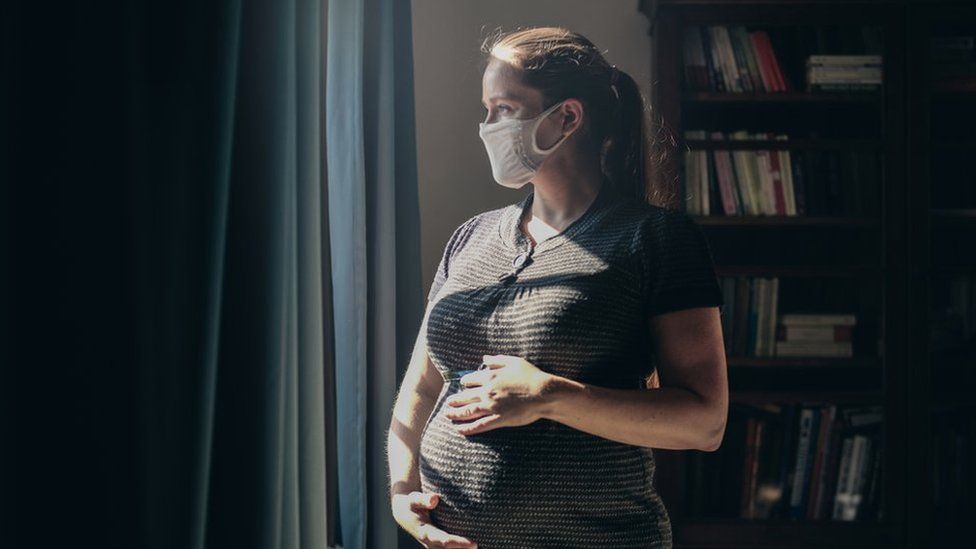 The agency found similar rates of stillbirths and preterm births for vaccinated and unvaccinated mothers.

Its report shows no fully vaccinated pregnant women were admitted to intensive care with the virus between February and September 2021.

But just 22% of women who gave birth in August had had at least one jab.

Since mid-April, mothers-to-be have been offered the Pfizer-BioNTech or Moderna jab, with the second dose recommended eight weeks after the first.

Between January and August, the stillbirth rate was about:

The proportion of babies of low birth weight was

The proportion of premature births was:

But women first eligible for vaccination were more likely to be older or have an underlying medical condition – putting them at higher risk of premature births, researchers say.

Meanwhile, studies suggest about one in five women admitted to hospital with the virus have their babies delivered early and some of these babies need special intensive care.

And evidence suggests the risks of stillbirths are higher if a woman has Covid in pregnancy.

“Every pregnant woman who has not yet been vaccinated should feel confident to go and get the jab and that this will help to prevent the serious consequences of catching Covid in pregnancy,” she said.

Vaccine coverage is increasing – but the report also shows the proportion of mothers to have had at least one jab at the time of birth was about: