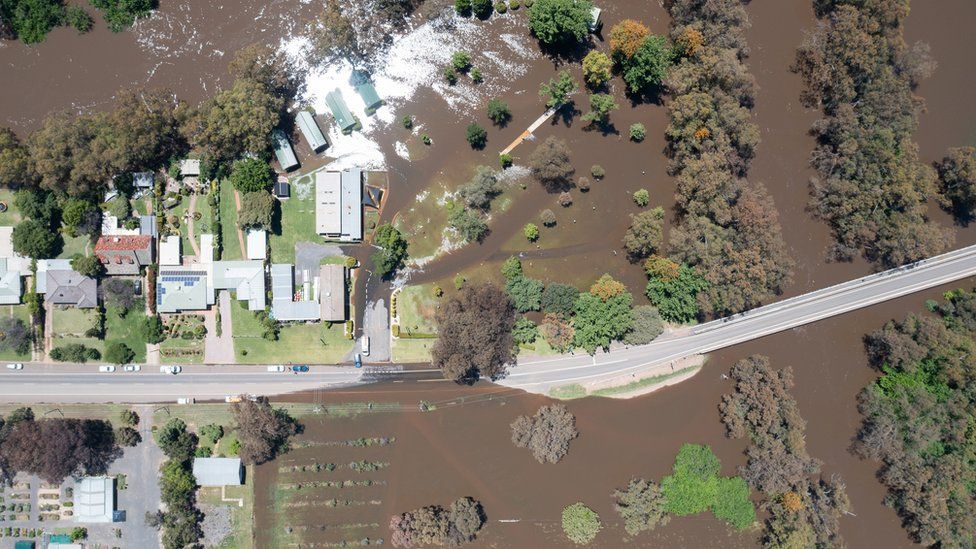 Australia has said a La Niña event has developed for a second consecutive year, meaning there is a greater risk locally of floods and cyclones.

Last time the weather phenomenon contributed to “once in a century” rains battering parts of Australia.

But La Niña can lead to significant weather changes in different parts of the world.

The World Meteorological Organization (WMO) is yet to declare a La Niña but has warned one may re-emerge.

This year’s event could be weaker, according to Australia’s Bureau of Meteorology (Bom).

“Climate models suggest this La Niña will be short-lived, persisting until the late southern hemisphere summer or early autumn 2022,” it said on Tuesday.

La Niña is described as one of the three phases of the weather occurrence known as the El Niño-Southern Oscillation (ENSO). This includes the warm phase called El Niño, the cooler La Niña and a neutral phase.

A La Niña develops when strong winds blow the warm surface waters of the Pacific away from South America and towards Indonesia. In their place, colder waters come up to the surface.

In Australia, La Niña increases the chance of cooler daytime temperatures – reducing the risk of heatwaves and bushfires.

But it tends to create wetter than normal conditions and can increase the frequency of tropical cyclones.

Recent torrential rain in South Australia also led to the stranding of a young family in the outback.

La Niña can increase the risk of storms in Canada and the northern US, often leading to snowy conditions.

In the UK and Northern Europe, a very strong La Niña event may also lead to a very wet winter.

The US National Oceanic and Atmospheric Administration has already warned that a La Niña will extend through the northern hemisphere winter into early spring.