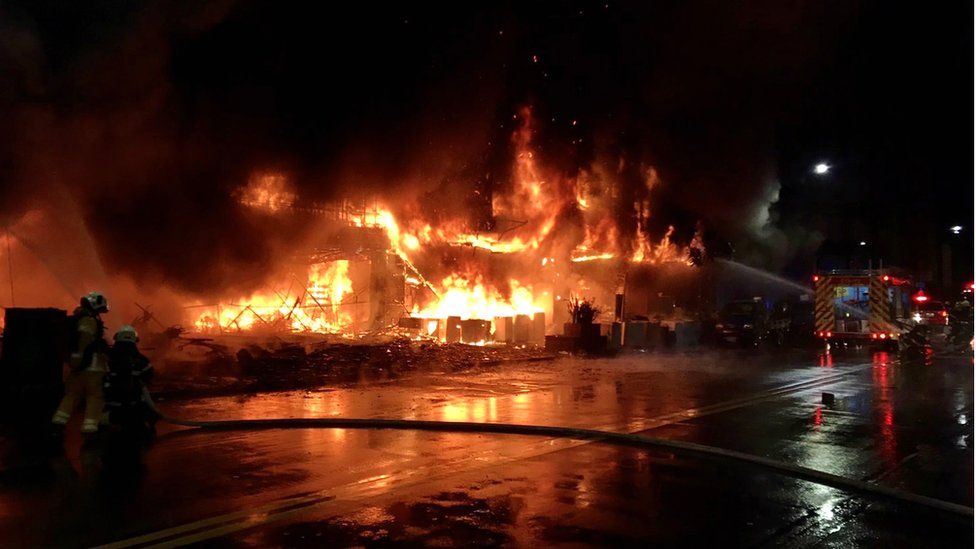 At least 46 people have been killed and dozens more seriously injured in a fire at a 13-storey tower block in southern Taiwan, officials say.

A residential and commercial building in the city of Kaohsiung caught fire in the early hours of Thursday morning, the local fire department said.

It took firefighters more than four hours to extinguish the blaze.

The fire department told the BBC that 79 people had been taken to hospital, including 14 in a serious condition.

The cause of the fire is unclear and investigators are at the scene.

Officials earlier warned that people may have been trapped in the residential part of the building, between the seventh and 11th floors.

Nearby residents told local media they heard a loud bang that sounded like an explosion before the fire.

“The power lines may have been outside… these past few days there have been ‘boom’ sounds from the power [lines],” one resident said, according to Reuters news agency.

Fire officials later urged the public not to allow rubbish to accumulate in or around their residences and to keep staircases unobstructed.

The building’s lower section had once housed restaurants, karaoke bars and a cinema, but these were reportedly no longer in use.

A number of residents in the block of about 120 apartments are thought to be old or to have disabilities.