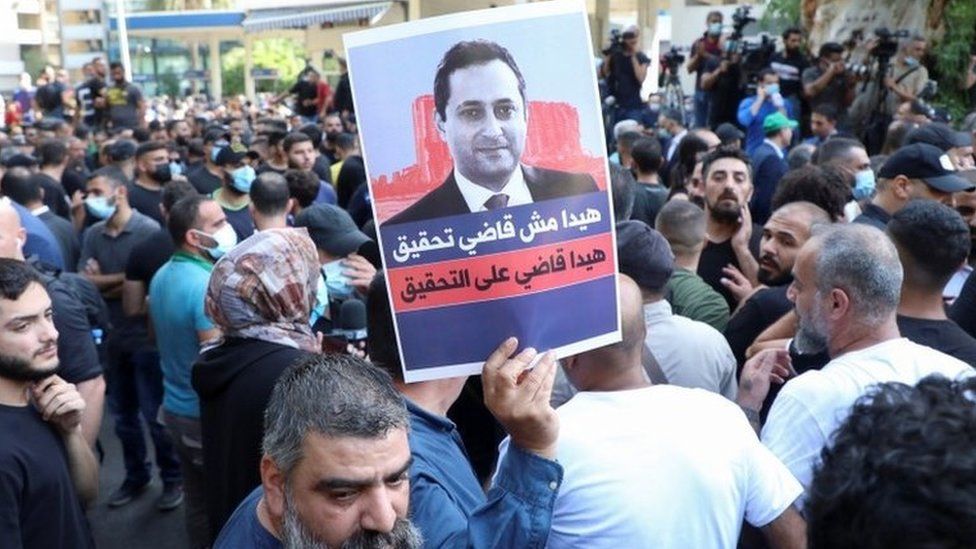 Two people have been shot dead at a protest in the Lebanese capital Beirut against the judge investigating last year’s devastating port explosion.

Several others were wounded near the Palace of Justice as supporters of the Hezbollah and Amal movements demanded the replacement of Judge Tarek Bitar.

It is not clear who opened fire or why.

Huge tension surrounds the probe into the port blast, with Hezbollah accusing the judge of unfairly singling out allied former government ministers.

Earlier, a court dismissed a legal complaint brought by two of the five politicians who Judge Bitar has sought to question on suspicion of negligence.

Families of the victims of the port explosion had condemned the move, which caused the investigation to be suspended for the second time in three weeks.

They allege that the country’s political leadership is trying to shield itself and senior officials from scrutiny.

No-one has been held accountable for the August 2020 disaster, in which killed 219 people were killed, 7,000 were wounded and thousands of buildings were destroyed or damaged.

A fire triggered the detonation of 2,750 tonnes of ammonium nitrate, a combustible chemical widely used as agricultural fertiliser, that had been stored unsafely in a port warehouse for almost six years.