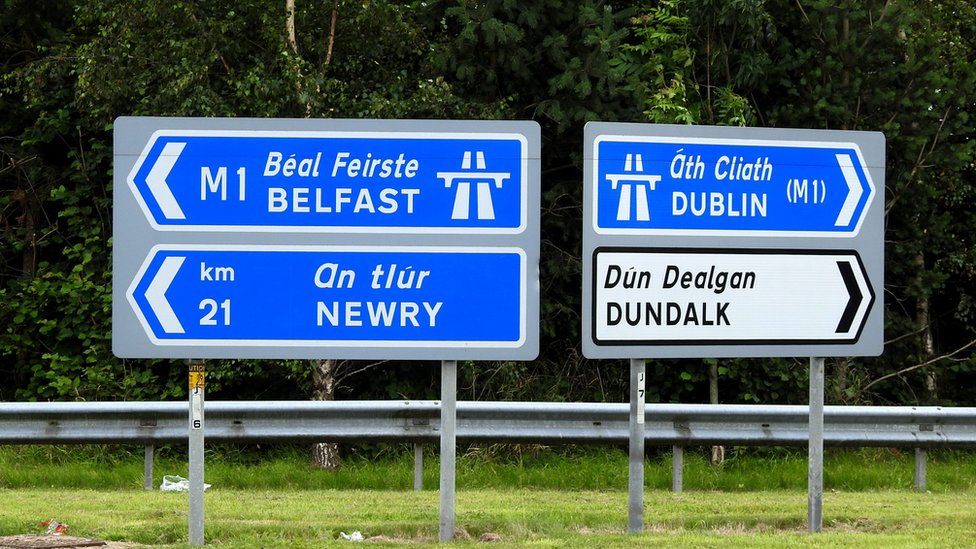 The European Union (EU) is to outline new proposals for the Northern Ireland Protocol later on Wednesday.

They will cover customs, agri-food, medicines and the role of Northern Ireland politicians.

The protocol avoids a hard border on the island of Ireland by keeping Northern Ireland in the EU’s single market for goods.

But it creates a new trade border with Great Britain (GB) which unionists say undermines their place in the UK.

The proposals are understood to include a unique agri-food deal aimed at sharply reducing the checks on products moving from GB to Northern Ireland.

There will also be an arrangement to allow the continued sale of GB chilled meats in Northern Ireland; these products were facing a ban.

The EU has also said it is going to change its laws in an attempt to solve regulatory issues which are posing a threat to the supply of medicines to Northern Ireland.

“I hope U.K. Government is serious about moving on in partnership,” he added.

As part of these plans, UK government wants to reverse its previous agreement on the oversight role of the European Court of Justice (ECJ), which is the EU’s highest court.

In a speech to diplomats in Portugal on Tuesday, Lord Frost described his new legal text as “a better way forward”.

He said his proposed text would amend the Northern Ireland protocol and support the Good Friday Agreement.

“We have a short, but real, opportunity to put in place a new arrangement, to defuse the political crisis that is brewing, both in Northern Ireland and between us,” he said.

However, the EU has repeatedly said that the ECJ must have the final say on any matters of EU law in the protocol.

It is expected that the two sides will engage in intense talks during November.

The UK has threatened to trigger Article 16 of the protocol if those talks cannot reach an agreement.

It would suspend parts of the protocol.

Sir Jeffrey Donaldson, the leader of the Democratic Unionist Party (DUP) – Northern Ireland’s largest unionist party – has warned that it may quit Stormont if its demands over the protocol are not met.

He has claimed pressure from unionists had led the EU to table its new proposals.