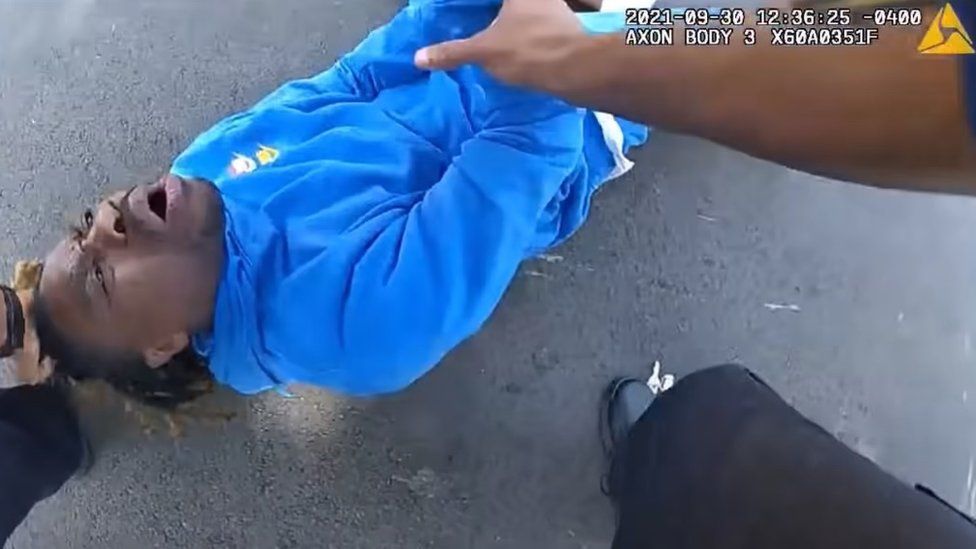 US police are investigating video showing a black man being dragged from his car by officers as he repeatedly screams “I’m paraplegic”.

Bodycam footage shows officers stopping Clifford Owensby in Dayton, Ohio, last month and asking him to step out of his car so they can search it for drugs.

Mr Owensby, 39, refuses, saying he does not have use of his legs.

The officers insist he must get out and then pull him from the vehicle by his hair and arms as he calls for help.

The Dayton Police Department says it is now investigating the incident that took place on 30 September.

Authorities say the officers stopped Mr Owensby because he was driving away from a house suspected of hosting involvement in drugs. Police say they found a bag of cash containing $22,450 (£16,500) in the car.

Mr Owensby has not been charged over any drug-related offences.

During the incident, Mr Owensby repeatedly refuses requests to leave the car, although officers do say they will help him out.

Mr Owensby asks an officer to call in a “white shirt”, meaning a superior.

“Here’s the thing, I’m going to pull you out and then I’ll call a white shirt,” an officer replies.

As his frustration increases, he says: “You can co-operate and get out of the car or I’ll drag you out of the car. Do you see your two options here?”

Civil rights groups say they are also looking into the incident.

“To pull this man out of the car, by his hair – a paraplegic – is totally unacceptable, inhumane and sets a bad light on our great city of Dayton, Ohio,” Derrick Foward, of the local National Association for the Advancement of Colored People, told the Washington Post.

A paraplegic person is unable to voluntarily move lower parts of the body.

Some have defended the officers’ actions.

Jerome Dix, president of Dayton Fraternal Order of Police Lodge 44, said they had “followed the law, their training and departmental policies”.

“Sometimes the arrest of noncompliant individuals is not pretty, but is a necessary part of law enforcement to maintain public safety,” Mr Dix told the Dayton Daily News.